Chicken Police – Paint it RED! Review – Caught in the Coop

I knew better than to review Chicken Police – Paint it RED! directly before my final papers were due, but the second I saw the trailer, I couldn’t resist. What’s better than a noir mystery where the detective is chicken…and his partner is also a chicken? There really is nothing better than the opening, which pans to a big empty city and a lonely black car, only to zoom in to reveal a chicken in a leather coat. That’s everything to me. And please watch the trailer: it’s amazing.

Chicken Police is like Humphrey Bogart meets Zootopia. First of all, that’s an insane sentence and I’ve glad I’ve reached a point in my life where I get to write it. Second, what this means is that Santino Featherland, a close-to-retirement detective looking for a smoke on New Year’s Eve is exactly like you expect him to be, except, of course, the aforementioned being a chicken. The world isn’t just a carbon copy of ours, though—while it is similar in many ways, the city the game takes place in has no real-world match.

Every character in the game possesses a regular human body and an animal head with some feathers, fur, or scales on their body. The art style is unique, with photorealistic bodies with animal heads pasted on. Don’t worry: if you want to see how their bodies work, you will, because there’s lots of tasteful animal nudity.

The noir setting is the strength of this game. The story revels in the genre, gleefully recreating familiar noir tropes with animal twists. It’s a lot of fun to explore Clawville and to meet the various characters and see new locations. The narrative never forgets about the animal nature of the characters, so it doesn’t feel like it would be the same game without that aspect even though the plot is pretty basic noir fare.

I guessed the final twist about three-quarters of the way through (there’s a point where they introduce the existence of a new character where it’s almost impossible not to), but I was still invested in finishing it. Where I got a little tired was with some repetition of the theme—it’s difficult to keep a hard-boiled noir going for half a dozen hours without the story getting a little fatigued. The narrative clearly pokes fun at the genre (my personal favorite was a bar counter with “Where did all the colors go?” scratched into it), but even with all the joking it eventually gets monotonous.

The only mechanical aspect of the game that drove me nuts had to do with the dialogue. In many games, the player can click through the dialogue because, when you press the skip button the first time, it’ll immediately give you the whole line instead of making you wait for the scroll to match up with the characters speaking. However, if you’re a fast reader and you’re playing this game, you’re pretty much screwed, because if you mess with the dialogue at all it’ll immediately skip both the voiced narration and the matching caption. There are also small but persistent spelling and grammar errors that should have been caught by a good editor. 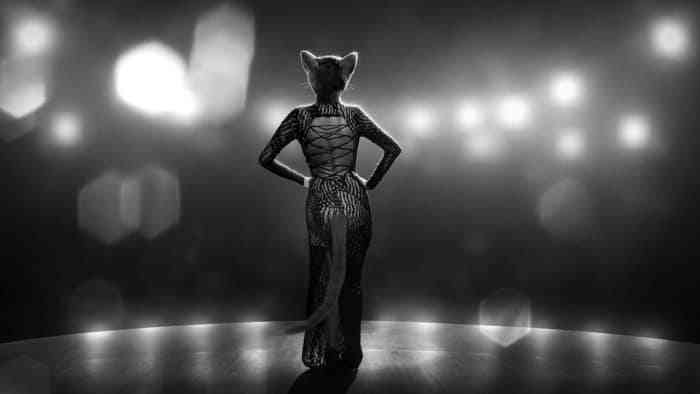 The developers must be somewhat aware of the dialogue issue because you can replay the whole conversation you’re having at any point, but this is quickly tiring, as it doesn’t get rid of the initial issue: having to listen to entire swathes of dialogue without being able to read through it quickly.

And these characters sure do like to talk. Part of the reason I got a little sick of the noir setting was that Marty and Santino constantly—constantly—comment on it. It’s a double-edged sword because this probably wouldn’t have been an issue if I could just read the dialogue at my natural pace, but there was so much repetitive banter between Santino and his partner Marty that sometimes I wanted to throw a brick at them, preferably one tied with a red ribbon that said something ominous on it written in blood. One has to fit the aesthetic, after all.

A narrative decision I question was the issue of animal equality between species (I told you it was like Zootopia!). There’s species tension between prey and predators, as well as mammals versus insects, the latter of which are oppressed and forced to live in ghettos. The real-life analog is pretty clear, and the characters’ constant joking about other animal species is grating because they would explicitly call each other out for being racist.

Call me too sensitive, but if you’re going to set up a world with a system of oppression and then have characters joke about it a ton, to the point where they call each other out for not being “politically correct,” then I’m not going to like it. I don’t think the motivations of anyone creating the story were bad, I just think the temptation for making lots of animal jokes when your characters are all people with animal heads was too much to overcome, and it harmed the story because of it.

So we have main characters constantly making fun of each other and then loudly exclaiming, “Hey! That was racist!” And remember, it’s not like someone’s species doesn’t have actual consequences in Chicken Police, as people, including the main character, make sweeping character judgments based on one’s species.

When a suspicious snake turns out to be a good guy, it should be a learning moment for Santino, but the constant joke battles versus the plot means that the whole game is split between wanting to tackle serious issues and wanting to make another joke about a rooster’s comb. And before anyone throws a brick at me, when a story spends as much time talking about inter-species racism as this one does, it’s a fair critique.

To Say Goodbye is to Die a Little

This is a difficult game to review because its strengths are also its weaknesses, and while I clearly have a lot to complain about, I think it’s in the Dragon Age way of, “I liked it so I want it to be better”—and Dragon Age: Origins is my favorite game of all time. Chicken Police – Paint it RED! has style and panache in spades. The worldbuilding is interesting, the puzzle gameplay was fun, and the voice acting was very strong throughout. I like Santino Featherland and his partner Marty, and even more amazingly, I like a bunch of the side characters too. I’m obsessed with Archibald, the gangster with an impeccable French accent.

But unfortunately, despite the love and humor that went into it, the annoying dialogue mechanics make the repetition inherent to the genre stand out. Still, I want to see more of Clawville: there’s still time for this dirty city to turn over a new leaf.

Oh, just one more thing: if any of the developers ever read this review, I saw those Cowboy Bebop references and I loved them.

When Pacing Can Be Important to the Game

The Dark Heart of Balor Slashing to Release Mid 2022