Caveman Warriors in an interesting game in that its biggest strength is also its greatest weakness. It works off nostalgia for side-scrollers of the past, along with many modern throwback titles, and it provides an authentic experience. However, every frustrating moment I experienced with the game came from that same authenticity.

Caveman Warriors looks and sounds like a retro side-scroller, but doesn’t showcase anything new aesthetically. It eases you in with familiar sights and sounds but provides little in the way of novelty. That is not to say it looks bad, but if you are hoping for original designs, you’ll have to look elsewhere.

What it does offer is a very Trine-esque gameplay system where different sections of the level must be approached using different character’s abilities. This is where it shines. There are four characters, each with specific strengths and weaknesses. Each section of the level can be approached like a puzzle and you use different character abilities to solve it. Being able to switch characters on the fly allows for a quick change of strategy and very rewarding gameplay. I often found myself using one character predominantly and switching to others when needed; I would expect others to do the same, finding their favorite among the roster.

“Caveman Warriors is a throwback game through and through. It will appeal to many gamers for the same reasons it won’t appeal to others.”

The levels match up well, with the mechanics featuring many challenges designed to utilize multiple characters. For the most part, there is a nice ebb and flow to the design of each stage, culminating in a boss battle. This works nicely but the checkpoint placement isn’t always appropriate. The checkpoint before the boss of the first level is a good example: it is placed too far back leaving a good chunk of action between you and the boss. When you die to the boss, you must go back and run through the gauntlet again. I couldn’t manage to get to the boss with a full bar of health once.

The inclusion of lives and checkpoints isn’t the only unwelcome reminder of yesteryear. My biggest pet peeve was the bounce-back that happens when you take damage. It’s extreme and, again, feels retro. However, it is infuriating when one hit propels you into another or down a pit. Damage can, and often will, stack turning one mistake into enough damage to sink a whole run. Combine this with enemy placement that feels like it was the intended result and you have a recipe for rage quitting. 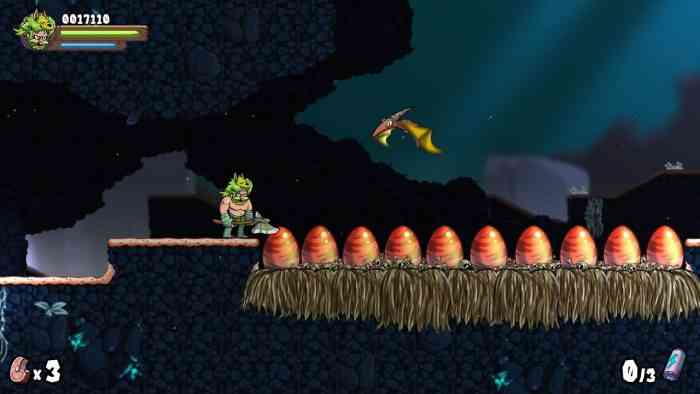 Enemy placement and bounce-back aside each stage is well constructed but requires a level of precision that is at odds with pacing. Many sections can only be successfully completed by careful precise ability use. This means stopping and assessing, which slows down the game. For people who like this sort of gameplay this won’t detract from the experience, but for people who like fast-paced platformers, this will be a serious negative.

Caveman Warriors is a throwback game through and through. It will appeal to many gamers for the same reasons it won’t appeal to others. As a retro-inspired platformer, it succeeds in providing strategic puzzle-platforming. While there are issues of difficulty balance and pacing, it shouldn’t turn off fans of classic stone age action. Just watch out for pterodactyls… and the pits that follow. 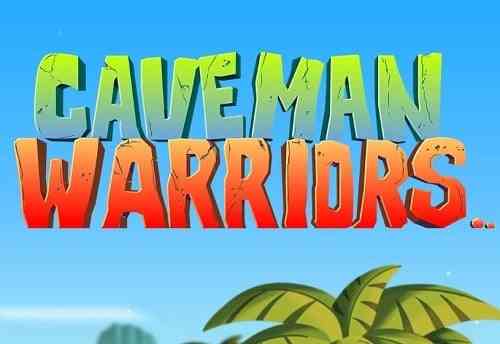