Just as we are about to turn the Black Ops 2 page and move towards a next-gen Call of Duty game (Ghosts), Treyarch releases their final map pack – “Apocalypse”.  It’s the fourth and final chunk of downloadable content for Black Ops 2.  It comes included with two re-designed maps from previous CoD multiplayer games, two brand new maps and a new Zombies level equipped with a Godzilla sized robot.  “Apocalypse” is about what I expected this time around and I had some enjoyable games on the new maps.  This being said, I felt like something was missing this time around.  It is hard to put my thumb on it but my only response to this new batch of DLC is “meh”.  Without further delay, let me tell you about each of the maps.

The first map I jumped into was “Frost” and yes anyone who has read any of my CoD DLC reviews knows I am not fan of snow maps and “Frost” is yet another one.  This map takes place in a snow-capped European city which includes a bridge over a frozen canal that separates the two starting spawn spots.  Multiple indoor shops and bars are scattered throughout the map along with a number of hiding spots.  It is a small to medium sized map where the bulk of the action seems to take place at either ends of the frozen canal.  I had some entertaining games in “Frost” but it is easily the most forgettable maps of the new ones. 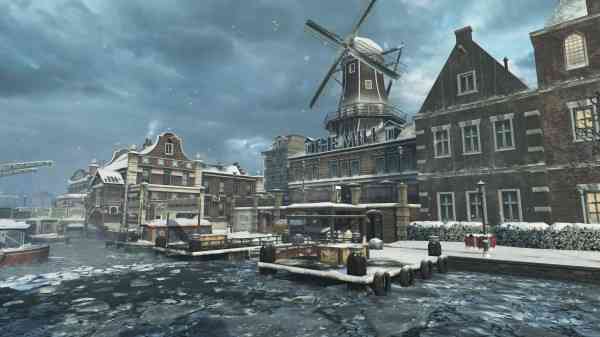 Next up is “Pod”.  Visually, I was impressed with this map.  It has a bit of a ‘Crysis’ look to it as round dilapidated housing pods with overgrown vines and weeds are scattered  throughout the map.   The map takes place in a failed utopian community from the 70’s and is located by an abandoned cliff side in Taiwan.  It’s a post-apocalyptic style map featuring plenty of spots for snipers to have a hay day.  Hiding in some of the pods can present as a tactical advantage in many instances but most of the action seems to take place in the open.  In terms of size, it is more on the medium end of the spectrum but appears a lot larger than it really is.  Out of all the news maps, it seemed to be getting the most votes in the lobby rooms so there is something to be said about that. 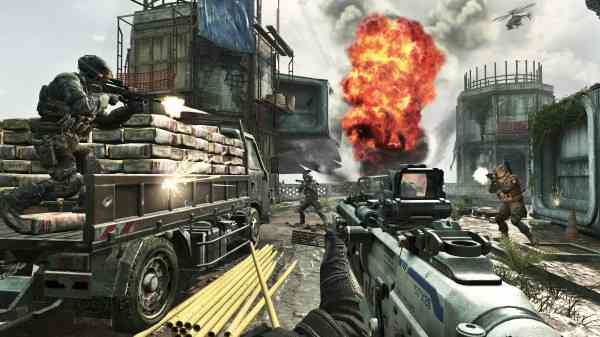 “Takeoff” is a redesigned map inspired from the original Black Ops game.  Many Black Ops fans should recall the map called “Stadium”.  Stadium was a fan favourite and one I certainly enjoyed a great deal a couple of years ago.  It looks great but I am left a little puzzled why we are seeing a remake so soon.  I mean it’s only been a couple of years.  The map however is nicely balanced and is all about the close quarter combat.  In a few of the games where I was lucky enough to get my ass handed to me, those equipped with shotguns seem to do the most damage.  Yes there were many of those elite sniper whores running amok but at the end of the day it’s a map with high kill counts given the close proximity you are with your opponents. 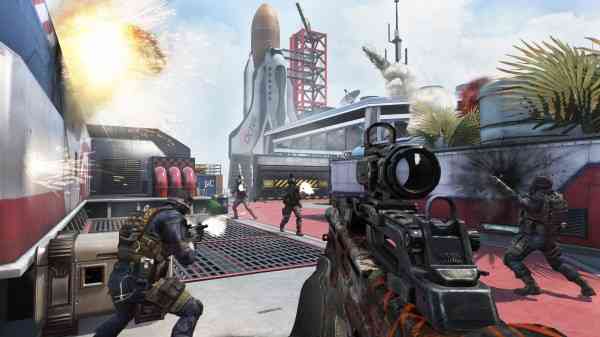 Last but not least “Dig” (yet another remake) is an adaptation of “Courtyard” from Call of Duty: World at War.  Two archeological dig sites in Afghanistan provide the battle grounds for some intense online combat.  It is also a nicely detailed map featuring two major chokepoints with raised platforms and multiple pathways.  I had a blast on this map and my highest kill counts occurred in “Dig”.  Nobody else I played with seemed particularly impressed with the map but I had fun and well isn’t that what it is supposed to be all about?  It is by no means a visual stunner but it’s a nice enjoyable filler map nonetheless. 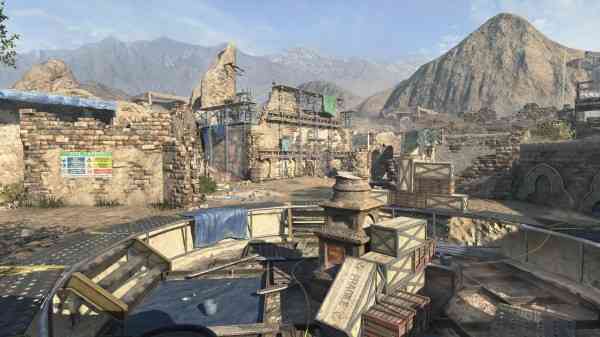 What is Treyarch DLC without a new Zombie level?  The team certainly pulled out all the stops for this one.  “Origins” is an incredibly large zombie level where players are thrown into a stylish world war era located in a country side in France.  This map brings back the four original heroes (Tank, Nikolai, Takeo, and Richtofen) from the very first zombies map featured in Call of Duty: World at War.  It features more of the same in many regards but also features the debut of power generators which require you to manually charge them.  Of course, the Zombies relentless pursuit towards you never stops and a Bioshock-like Big Daddy figure chases you down after you make it past level 6 or 7.  An interesting little twist is the how you can dig up new weapons and there are audio logs located throughout.  It has plenty of variety and once again can keep you occupied for hours at a time when you are playing with a few buddies.  If you are a fan of the Zombies mode, “Origins” is worth the price of admission. 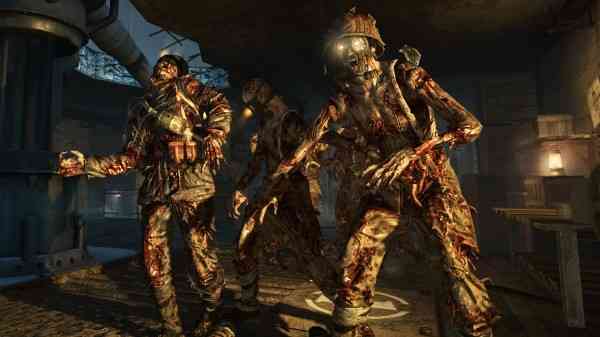 Black Ops 2 multiplayer fans have likely already downloaded “Apocalypse” by the time this review hits the interwebz.  All in all, the Call of Duty faithful should be pleased as this batch of DLC, at the very least, gives them four more multiplayer maps to add to an impressive library of Black Ops 2 online maps.  It certainly isn’t the most original or innovative DLC drop from the team at Treyarch; however, the new Zombie level “Origins” is as good as it gets when it comes to the Zombie mode and the new (and redone) maps should inject enough life into the multiplayer arena until Ghosts comes out.