It’s been a good run for Call of Duty on the Xbox. For what has seemingly been an eternity, Call of Duty downloadable content (DLC) has landed on Xbox Live first. PlayStation fans would usually have to wait a month or two before the DLC made it their way. Call of Duty: Advanced Warfare Reckoning marks the last time (for now) we will see COD DLC drop on Xbox Live before PSN as Activision signed a timed map pack exclusivity deal for Black Ops 3 with Sony. This is unquestionably a game changer for Sony and could see the PS4 inch further away from the Xbox One in the console war. Measuring the impact is still a few months away, so in the meantime Xbox fans can soak in Advanced Warfare’s final batch of DLC before they contemplate making a switch over to the PS4.

Featuring the standard four new multiplayer maps, and a new Exo Zombies adventure, Reckoning comes with its usual $14.99 price tag. Disappointed there isn’t a new weapon, new mode or anything incredibly innovative, the final map pack doesn’t exactly send Xbox fans out with a bang. It closely follows the same COD DLC formula and isn’t attempting to reel in any new gamers to the franchise at this juncture. This DLC is all about satisfying season pass holders and hardcore fans who are still playing the game. Trust me, as a more casual COD fan, the only ones playing the game at this point are incredibly good. So if you are someone who is looking for a reason to dust off your copy of Advanced Warfare and jump into that multiplayer arena, I am warning you, everyone left playing the game is hella good.

Before I ventured into the new multiplayer maps where I promptly saw my kill/death ratio plummet, I checked out the conclusion of the Exo Zombies saga with the last episode called “Descent”. In the last episode, the team of Bill Paxton, Rose McGowan, Jon Bernthal and new member Bruce Campbell escape from the Atlas aircraft carrier where they had been stranded. Just prior to the escape they discover their former squad member, John Malkovich, has been turned into a zombie and a powerful one at that. This sets the stage for some frantic zombie slaughtering aboard a remote ocean Atlas survival facility where you encounter new “fused” Exo zombie enemies, and the Trident Reflected Energy Weapon (not available in the multiplayer maps).

The star studded cast, slick opening scene and one-liners are all entertaining but let’s face it you aren’t playing this mode for the story or cheesy dialogue. It’s all about slaughtering the zombies and staying alive, round by round. Much like the other zombie maps, finding that 3D weapon printer and strapping on your exo suit is your first order of business. As you progress you are introduced to various zombies with various powers to the point that by round 13 you are trapped in a room where it’s absolute chaos. The difficulty has definitely ramped up for the final Exo Zombie map and it remains the most challenging of all the Advanced Warfare Exo Zombie maps to date. It is quite easily the highlight of Reckoning.

“While Reckoning won’t exactly blow your socks off or introduce anything incredibly innovative, it does enough to satisfy those hardcore fans still playing the game with only three months to go before Black Ops 3 drops.”

Once I managed to get my fill of leaping exo zombies, I ventured into the Reckoning multiplayer maps. The first map “Fracture” is yet another snow map but the level of detail found in this map is impressive. The giant wind turbines are sharp looking and the heavy equipment scattered throughout offers up plenty of obstacles suitable for that ‘run and gun’ COD gameplay. Cradled on the shelf of a glacier, the map also features a timed event that cracks the ice sheet, sending one lane sinking. Very cool stuff.

“Quarantine” is an entertaining small to medium sized map suitable for games of Kill Confirmed and Domination. The map takes place on an island following an outbreak. It features both tight corners and open areas favouring those who enjoy playing COD at a lightning fast pace. Definitely not my favourite of the bunch but a blast to play. 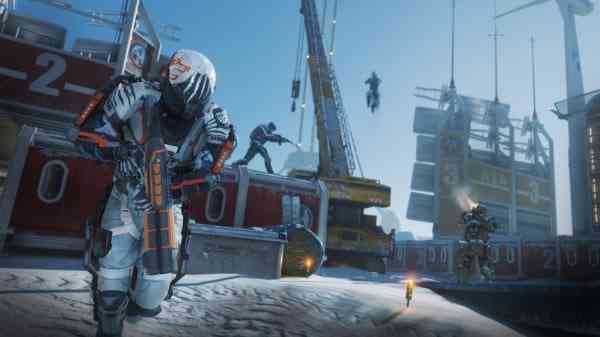 “Swarm” on the other hand was quite easily my favorite of all the new maps. This vibrant map takes place in Seoul, South Korea where the bulk of the action occurs in the center of the map in tight narrow corridors. It is a smaller map, so those proficient with shotguns seem to do well here. It also a map where you have the freedom to let your exo abilities fly. The verticality works very well in swarm and is a map I loved playing over and over.

Much like other Advance Warfare multiplayer maps “Overload” features mixed site lines where there are opportunities for snipers to peg you off and enough close quarter combat for all those who love their short ranged weaponry. It is a stunning map that takes place in New Baghdad in an exotic compound. It has fountains, gardens and decorative plasma lamps. It does the map pack proud and was a fan favorite in the lobby room.

The Call of Duty: Advanced Warfare downloadable content season has come to a close as we say farewell to Xbox timed exclusive deal. While Reckoning won’t exactly blow your socks off or introduce anything incredibly innovative, it does enough to satisfy those hardcore fans still playing the game with only three months to go before Black Ops 3 drops. The new maps succeed, as does the conclusion to the Exo Zombie saga. Sledgehhammer have plenty to be proud of with the entire Advanced Warfare package including the DLC and I look forward to seeing what they do with the franchise a couple of years from now.

***An Xbox One DLC code was provided by the Publisher*** 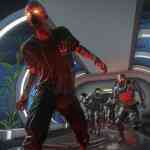 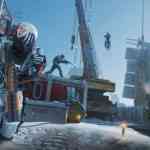 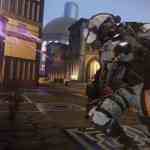 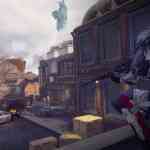 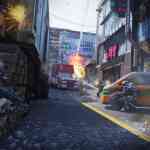