I’m ashamed to admit it, but my PSVR headset has been collecting dust. It’s not that I don’t enjoy using it—quite the opposite. But I can’t deny that for all of Sony’s efforts to make operating the PSVR headset as seamless as possible, there remains a clear divide between the player and hardware. Unlike the Oculus or Vive, it’s cumbersome and can be frustrating to find the proper viewing angle. The tracking feels as if it’s now generations behind. And don’t get me started on the utterly inadequate Move Controllers.

Now and then, a game comes along that gets me to begrudgingly brush off the cobwebs, move my coffee table to avoid any accidental paralysis, and strap the oversized headset to my melon. It’s never long, though, after battling past the PlayStation home screen by utilizing the Move Controller’s horrific “wizard on a hilltop” waving technique, that I find myself saying the same thing. Damnit, I love being in VR. And Budget Cuts has been a fun way to rediscover that.

If you’ve played Job Simulator and/or Superhot, Budget Cuts essentially boils down to a hybrid of the two. The name of the game is successfully deciphering the optimal path to take down a room of enemies. Of course, as you make your way across the intricate workings of the TransCorp offices, these Robocop-esque security bots will be on the prowl to calmly remove you from the premises. Kidding, of course. They’re programmed to shoot first and ask to have your body disposed of second. But, thanks to a steep learning curve, after bearing through the initial growing pains and getting my lunch pumped in robotic fisticuffs more times than I could count, things eventually clicked. And it was supremely rewarding when I finally felt as if the tables were turned and the hunted became the hunter.

Part of what makes Budget Cuts uniquely challenging to grasp is the navigation system. Akin to the gun in ‘Portal,’ here you’ll be making use of TransCorp’s ‘Translocator.’ However, instead of placing two doorways for the player to pass through, the Translocator shoots a single orb to the destination of your choosing. You can then peer into this opening that’s been created to plan your next move. It’s a smart system that encourages the player to get creative. However, due to the limitations of the PSVR’s tracking capabilities, you’ll most likely find yourself in at least a handful of scenarios that require you to reposition yourself. And if you’ve been spotted, you might as well just say goodnight. Moving around at the drop of a dime isn’t something Budget Cuts does well, and thus I couldn’t shake the feeling of being handicapped during my (annoyingly short) 4-hour playtime. 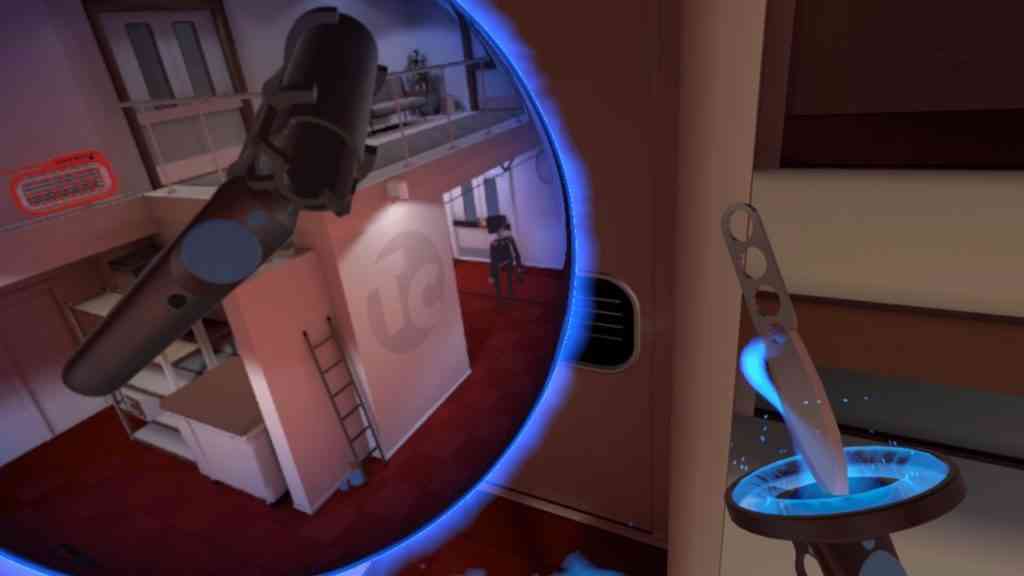 Being metaphorically handicapped is one thing. But try throwing something, and you’ll wonder if you need to apply for a special parking permit. I can’t fault Budget Cuts for having issues with replicating an accurate throw – most (if not all) PSVR games struggle with this. But more so than many others, Budget Cuts relies on both speed and pinpoint accuracy. If you miss your shot, you’re probably going to die. At which point, you’ll need to sit through another agonizing load time. I can handle getting a can of whoop-ass served to me if it’s legitimate. What I can’t handle is having the drop on the final enemy of an arduous level, perfectly lining up a coffee mug with its head, and then hitting the popcorn vendor in the sixth row.

Though, when everything is operating as it should, I confess that Budget Cuts succeeds in many ways. The inventory management is engaging, with both hands being able to equip items, combine pieces of gear found around the office, and store excess weapons to be used later. And when it’s time to get your hands dirty, eliminating the robots that patrol the building is immensely satisfying if done without a sound. There are a lot of things the Neat Corporation get right with this take on white-collar shenanigans. It’s tough to blame them for the PSVR’s hardware inadequacies. 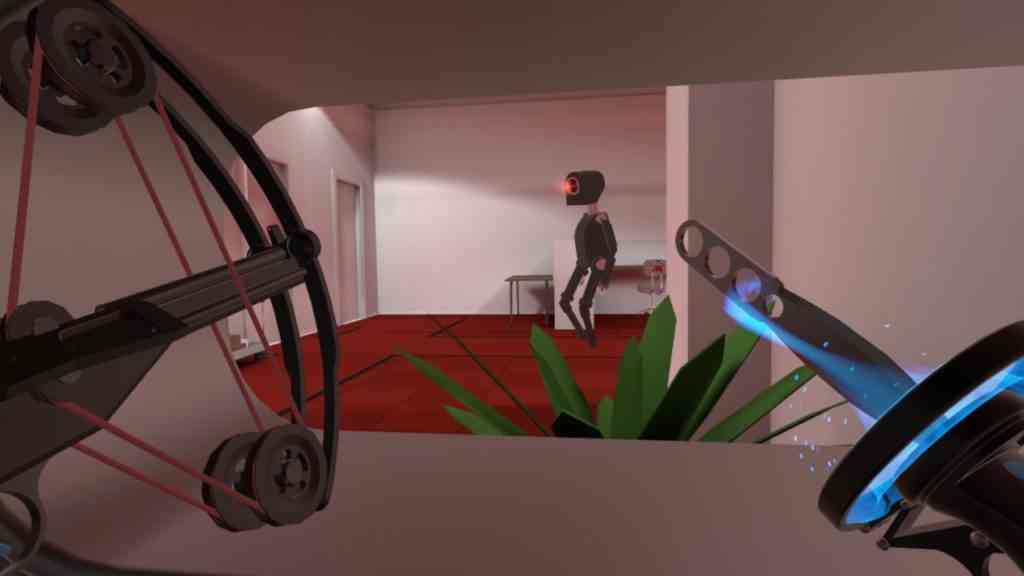 Budget Cuts surprised me in more ways than I expected – and to clarify, that’s good and bad. What I thought was going to be a fun homage to the likes of Job Simulator turned out to be a game that, more than it had any right to, made me feel like I was in ‘The Matrix.’ It’s easy to feel like a badass when you glide through a room and eliminate all threats without breaking a sweat. But, it’s also easy to get caught up in aggravating tracking issues that you won’t find on top-of-the-line VR headsets. If you can play Budget Cuts on your PC, do so. But if your only option is the PSVR, you aren’t entirely left out in the cold. 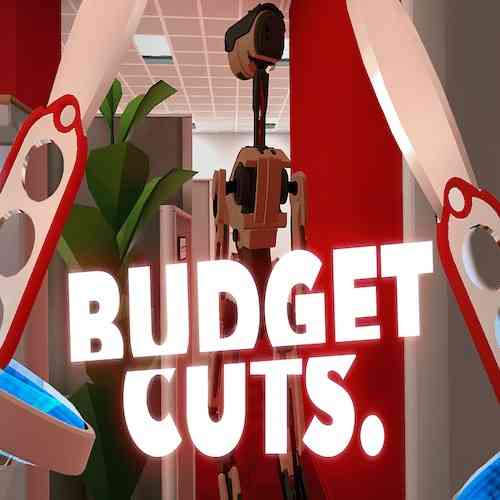