Boundless Review – Not Completely Without Bounds

With Unlimited Possibilities, How Do You Run Out of Things to Do?

I generally like sandbox games. I don’t love them, but I like the idea of having control of what I can build or do. Yet sometimes a game becomes a little too ambitious and doesn’t always give you enough toys to play within the sandbox. Boundless is a recent entry into this genre, and one that falls a little short of meeting those lofty goals it sets for itself. Boundless has been in early access for the last 4 years and has a lot to show for the official release. Still, sometimes a player driven world leaves newcomers feeling a bit underprepared. 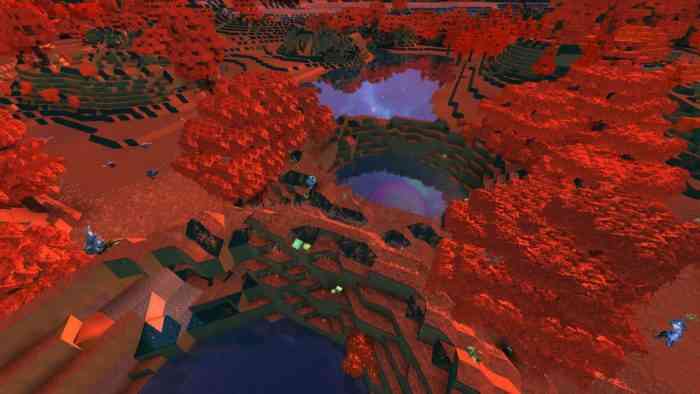 Once I finished creating a character, I was brought to what I would find out later is the main hub. After choosing a starting location by firing off a beacon to my desired landing zone, I warped down to the planet and started my journey. Since I played a little before the server refresh, there were settlements and cities already well established. As of this point, however, the server probably looks more like the spot I landed warped into when I started.  There were a couple of spread out plots, built up to the point of a simple structure. I took note of the surroundings as was started on the tutorial. As a good tutorial should be, every step was clearly laid out with ample instruction. I learned the basic concepts: stake your claim and expand it. You start with a lowly campfire and work your way up to a beacon in order to claim land. Beacons are like a space-age form of planting your nation’s flag on top of a hill, except beacons need to be powered. Beacons could be fueled rather easily, from simple craftable materials. The catch is that the fuel runs out after about a month of real time. If your beacon runs out, your plots of land become part of the landscape and everything you had within you plot is up for grabs. 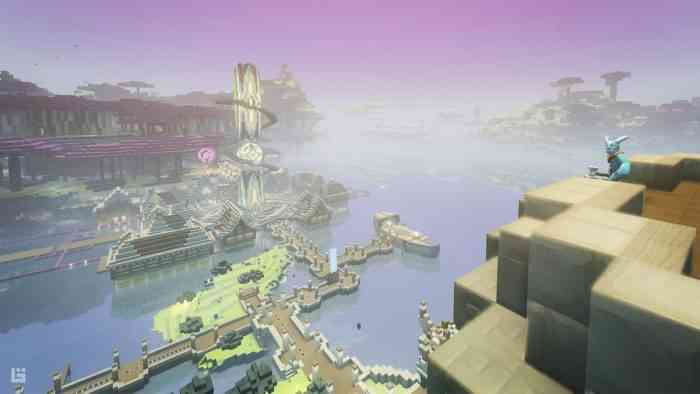 Normally I haven’t been a fan of this sort of MMO sandbox system. In the early days of Rust, I remember feeling like I would lose my stuff every time I logged off if I didn’t spend several hours to build everything. It was something that eventually drove me away from that game. But in Boundless, I don’t get that feeling. As long as I spend enough time to get my first beacon set up – about an hour of working through the tutorial – I feel comfortable about leaving my plot unattended for a few days. It’s nice to have the peace of mind knowing those ores you mined and gadgets you crafted will be safe when you return. Well, as long as you have a reason to return. 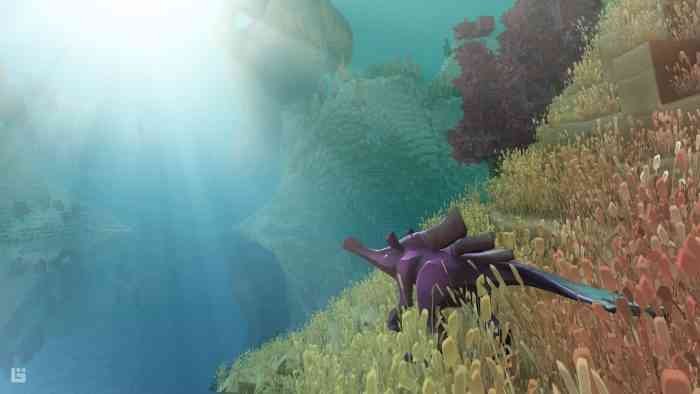 After I exhausted all of the basic tutorial quests, I found myself turned loose unto the vast sandbox. The possibilities seemed endless as I stared up at the many planets in the night sky. I decided it was time to venture to one of them after scouring my starting planet for something a higher tier than copper ore and turning up with nothing. I was shocked, though, when I realized I needed to spec into a talent that would allow me to warp off the planet I was on. With no more tutorial quests to boost my exp, I would need to grind out the rest. I felt like I hit a brick wall with the game. I got teased into thinking it was an easy task to hop between worlds, sort of like Starbound. Albeit, it does get easier later when you are able to build powered portals, but that feels ages away when you are stuck on a world with only copper.

Boundless is such an ambitious game that seems to know how to make the end game fun, but it puts it at more than an arms reach away. It’s such a large time investment that I can’t commit to. Still, there are players who will love the game loop, probably fans of Minecraft or My Life is Feudal. It’s a technically sound game and I did enjoy having two independent hands for holding equipment, but it all seems to get lost in the wash for me as I think about how far off the end goal is. Boundless just tries to make the journey sweeter by showing you an enticing end.

Sly Cooper Devs Currently Have ‘No Plans’ to Revisit Franchise
Next The Gardens Between Review – Deceptively Simple & Creative
Previous The Bard’s Tale IV: Barrows Deep Review – A Song of Glory