Ten years ago, PlatinumGames and Sega teamed up to release two very different hits on both Xbox 360 and Playstation 3: Bayonetta, a hack and slash action-adventure game, and Vanquish, a fast-paced third-person shooter. Both were very well received in their heyday, and if you missed out on them back then, you can now enjoy them in the current generation in all their remastered glory with the Bayonetta & Vanquish 10th Anniversary Bundle.

Both Bayonetta and Vanquish look great on today’s consoles, and even though it’s been ten years since their respective releases, they do not feel dated in neither aesthetics nor mechanics. I decided to dive headfirst into the bundle with Bayonetta, and as someone who missed the chance to play it back in its heyday, I enjoyed my first experience with the game. Bayonetta follows an immensely powerful (and unabashedly hypersexualized) witch who wakes up from a centuries-long slumber with no recollection of her past. As she fights her way through the world against all manner of angels and celestial enemies, she recovers her memories. The setting and delivery of the story are very reminiscent of Dante’s Divine Comedy, but Bayonetta herself is a completely unique creation unlike any main character I’ve seen before. She’s a tall, provocative, shapeshifting witch whose raven-colored hair could be transformed from her very own clothing to a dragon-like beast at any moment. She wields guns on her high heels and in her hands, and uses magic to summon torture devices such as Iron Maidens and Guillotines out of thin air. Suffice to say, she’s a badass.

The combat in Bayonetta consists of a few different attacks (light, heavy, ranged, etc.) that can all be used to form a bajillion different combos. There’s no way you’ll ever be able to remember all of the combos that are offered, and I hope it’s not too unreasonable to say that I made my way through the majority of the game just button mashing and enjoying the awesomely accidental outcomes. Some of my favorite attacks included a giant high heeled boot that appeared from a portal to stomp on enemies and one where she assumed a handstand position and just shot at her foes with her feet. The combat is smooth and seamless, and it’s an absolute riot to watch. For those entertained by more titillating visuals, there are also a few combos where she gets naked and uses her hair to attack. Over-the-top or tastefully sexy? I’ve got my opinions, but you can come to your own conclusion on that one. 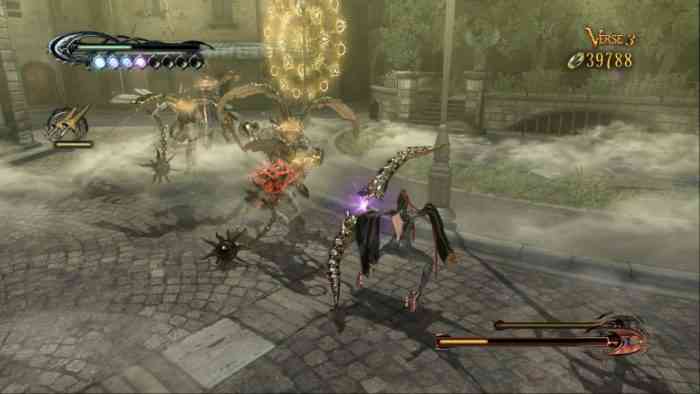 The Bayonetta remaster is completely solid. The loading screens are lightning fast, the combat is smooth, and the game completely holds up in today’s market. If you’ve never played the game before and have interest in checking it out, this is definitely a great opportunity to jump in. While I didn’t find the story progression to be as captivating as I had hoped and the hack and slash combat grew old to me, these are simply personal blocks that I would not project on to those who are fans of this genre and style of combat. Those with a love for experimenting with a million different combos over and over again will have an absolute blast experiencing the outrageous and creative attacks that ensue.

Vanquish was an entirely different animal to jump into next. Vanquish is a super light, fast-paced third-person shooter with little focus on story and an overall emphasis on flat-out fun. It was incredibly easy to pick up and get the hang of, and each level provides similar obstacles and objectives. There’s not much more to the game than shooting your way through an area and surviving to tell the tale, but despite its simplicity it’s still very entertaining. The graphics are sharp and clear, and the gameplay and movement is smooth as butter. 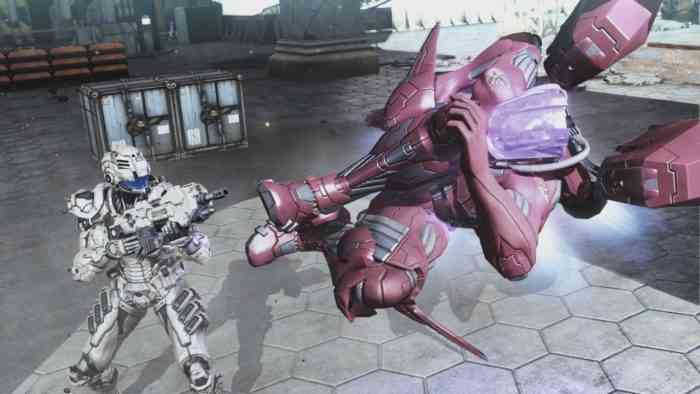 The only real issue to be had with the Vanquish remaster is that it’s fairly glitchy. When rotating the camera, the shadows and textures on the back of the main character’s armor freak out and flash like crazy, and on a couple of occasions, the game did crash out of nowhere. Still, I wouldn’t call these major complaints, and the game is still pretty strong. Though I think the campaign is a bit repetitive and devoid of necessity for strategy or skill, I’d be lying if I didn’t say it was still fun in its own right.

Overall, if you missed out on Bayonetta or Vanquish back in the day, the Bayonetta & Vanquish 10th Anniversary Bundle contains two very solid remasters. While Bayonetta requires a bit more grit during boss battles, both are still easy enough for anyone to pick up and not feel lost or unpracticed, and I highly recommend this bundle as a starting point for interested players. If you are a fan of hack and slash gameplay and creative finishers or fast-paced shooters where you just want to have fun and not think much of it, these games should definitely satisfy your needs.

Action Adventure Shoulders of Giants Will Release In Late January
Next Wargroove: Double Trouble Review – A Fantastic Free Expansion
Previous The Dark Crystal: Age of Resistance Tactics Review – Resist If You Must