If you are coming into this game without an inkling of what to expect, the opening moments alone will absolutely throttle you right in the feels. The cinematography, the music choice, the entire presentation speaks to the skill Dontnod has when it comes to a gripping narrative – as if we didn’t already know that from Life is Strange. The Awesome Adventures of Captain Spirit (Shortened for this review to Captain Spirit) is an incredibly sobering examination of humanity and childhood innocence in its purest form.

The story follows Chris, a young boy living with his father. In a way this game reminds me of the concept of Seinfeld, it’s “a story about nothing” but in its most authentic form. There is no wild and exciting explosion, no massive inciting incident to kick off a ridiculous quest, no tale of revenge. This is an examination of the human condition and what it means to be Chris on a Saturday morning, around Christmas time, with the day completely open to play. Some of you may be yawning at the concept but it’s when you see it in action that it really sucks you in. Chris is a brilliant kid; he is creative beyond belief, and the more you play the more you see just how involved this fantasy world is that he has created for himself. Items you interact with will tease small bits of either his world or his past, and the further you get in the story the more invested you are in Chris as a person. 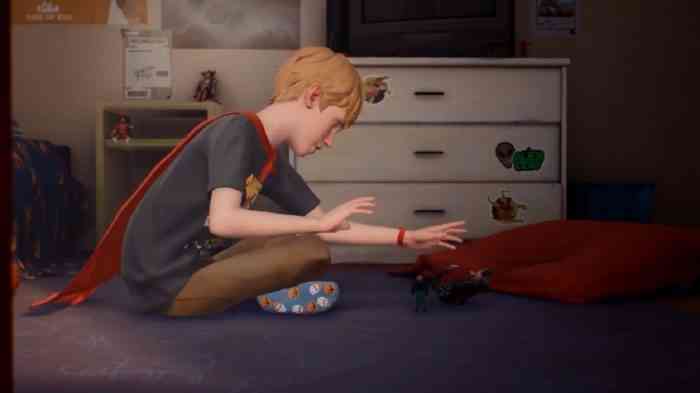 It was also interesting to see how the game could be affected by real consequence without direct interaction. In the opening moments of the game, Chris’ dad calls him for breakfast from the other room. There is no button prompt to respond, but if you take your time exploring instead of going for breakfast his dad will get upset with you for not listening. If you’re like me you’ll want to explore every option available to you, but some of these will cause what can only be serious changes down the road. Chris has the option to steal one of his dad’s cigarettes and smoke it in the treehouse, but to do so would go against the superhero code. This and many other options become quickly apparent where you can play Chris a number of ways: will he uphold the superhero virtues? Will he bend the rules? Or will he be an annoying little brat?

Captain Spirit is all about dialogue, interactions, and consequences, of which this game abounds. Chris will set out a few goals for his adventuring during the day as shown by his creative drawings in the menu and completing them will require some sleuthing, but they also aren’t necessary to finish the narrative. In fact what is available to you could probably be completed fairly quickly, however doing so would rob you of understanding Chris and his father, and the dynamic relationship they have. Each character is voiced incredibly well and is believable in their respective roles. Chris can seem bothersome at times until you realize this is exactly what a kid would think, say, and do. His father loves him – of that we have no doubt – but we also see so much depth in his father’s pain and personal demons that it’s easy to sympathize with both characters and their situation. 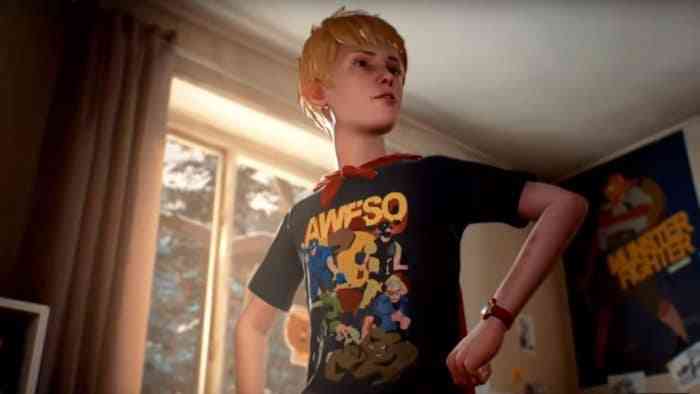 While the game can be a bit short, the combination of dialogue options, display of human emotion, and the stellar soundtrack will quickly pull you in and leave you rooting for Captain Spirit to defeat the evil Mantroid and have the best Christmas ever with his dad. I know how it sounds, I hear the words just as clearly as you do, but to play Captain Spirit is to understand the magic Dontnod has captured yet again with their games. It’s happy, it’s sad, it’s authentic, and it’s moving. I can’t wait to see where Chris goes from here and I don’t think I will ever forget this gentle reminder of what it’s like to be a kid left to his own devices with just his imagination.

Captain Spirit is an absolute must experience for those who enjoy a heart-filled narrative. It’s easy to overlook the simple character models when you understand the scope of the situation and depth of their character. With easy controls, a detailed environment, and perfect soundtrack, The Awesome Adventures of Captain Spirit is a feel-good hit that expands on the Life Is Strange universe in a beautiful way. I look forward to my next adventure in the Flying Fortress. 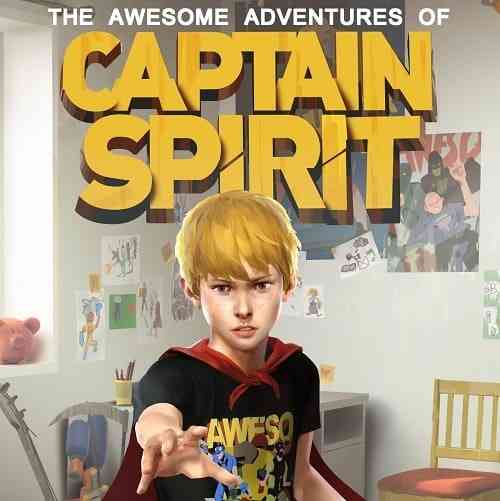