Atelier Lulua: The Scion of Arland Review – The Return To Arland We Needed

There’s something about the long-running Atelier games from developer Gust and publisher Koei Tecmo that always has the same consistency throughout each title. While most JRPGs focus on a greater goal to save the world from some bad mojo, the Atelier games have scaled it back for its players for a more laid back experience. While of course there will always be towns or kingdoms to be helped, it’s never as something so drastic and really more so focus’ on the characters and alchemy. Atelier Lulua: Scion of Arland is now the 4th game to the Arland Trilogy which originally premiered almost 10 years ago. It’s pretty rare to see an Atelier game to get more than three releases per title, so let’s just see how this game will hold up.

Atelier Lulua follows Elmerulia Firxell who is commonly called Lulua. Lulua is the daughter of the famous alchemist Rorona Firxell, the protagonist from the first entry of the series, and is studying under the alchemist Piana as an apprentice. Lulua’s ultimate goal is to be a great alchemist in hopes of eventually surpassing her mother. One day Lulua and her companion Eva are out, a mysterious book suddenly falls atop her; causing extreme confusion and maybe even a slight concussion. To her surprise, the book appears to be blank when read by her friend Eva however, Lulua is able to read it clearly. From this, she discovers that she has certain powers and decides to decipher the contents of this book, eventually leading her to the truth about the land of Arland that we’ve become so familiar of. 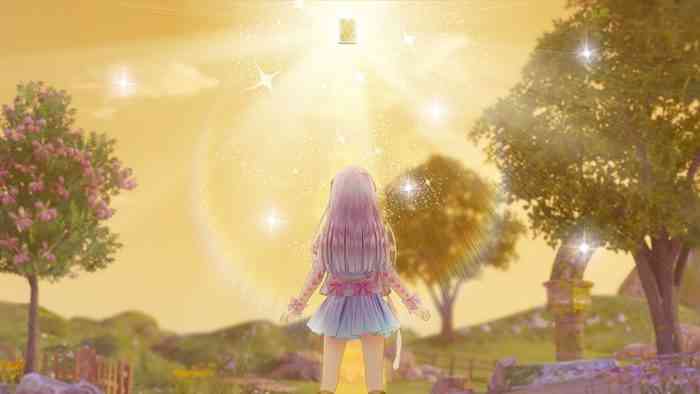 The gameplay formula for Atelier Lulua hasn’t really strayed from the rest of the franchise. You’ll be tasked with managing your master’s atelier after they leave and you’ll begin crafting things right away. Lulua will then begin getting quests or an objective, going out together materials to synthesize something, fighting some monsters and then returning home to craft said the item. Once you have the pattern down, it really does become addictive being able to go out, grind for materials, fight some beasts than to go back on home to make more things. The best part is that the Alchemy in this title has been streamlined and is incredibly easy to pick up. The changes that were made make the alchemy almost more intuitive and allows more room for players to search for specific properties to easier attain what items they need for crafting.

The book that Lulua finds will be the reason the main story progresses. As Lulua finds the need to fill up the pages of the book by defeating enemies, finding items, creating new recipes, exploring new areas and solving riddles. Riddles are simple in itself however it can only be fully completed when read inside of the Atelier. It’s not much of a problem but it is a tad inconvenience if you are out in the world. However, they are extremely worth solving for the useful recipes they unlock. 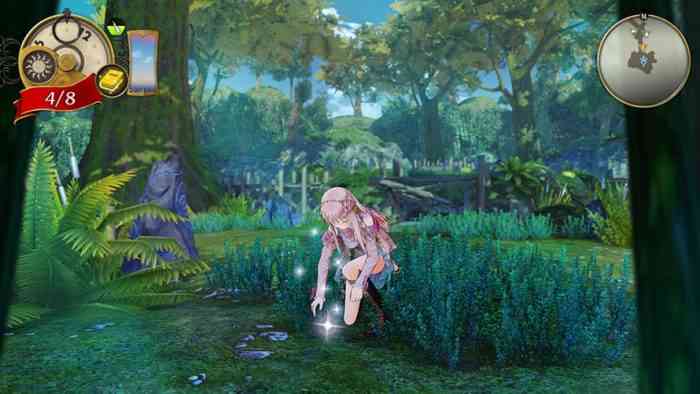 Once you begin unlocking new recipes, they will begin to unveil themselves in the mysterious book that only Lulua can read. These recipes will be listed in the alchemy menu and for ease of mixing, Gust has made it as easy as can be. Items with an X is an item you don’t have the ingredients to make and items listed with an O are items that you do have ingredients for. When combining items together, it’s much easier to decide elemental properties you want your items to have thanks to a handy little chart at the bottom of the screen along with any properties your new item will have.

When Lulua and her companions are out in the field collecting the needed materials for the Atelier, time will inevitably continue forwards. But unlike previous games, time goes by much more slowly and gives players more time to collect more items and fight more monsters. This was a much needed and very welcomed change as some of the timed elements in the older games could get a bit brutal.

The battle system is very much the same as previous titles. Lulua can have up to four other party members fight along-side her however three will be attaching and two will act as a support. Taking turns taking action in the typical turn-based system, the three front characters will be able to attack, use a skill or an item (Alchemist use only), swap out and free. The back rows will automatically take their own actions. 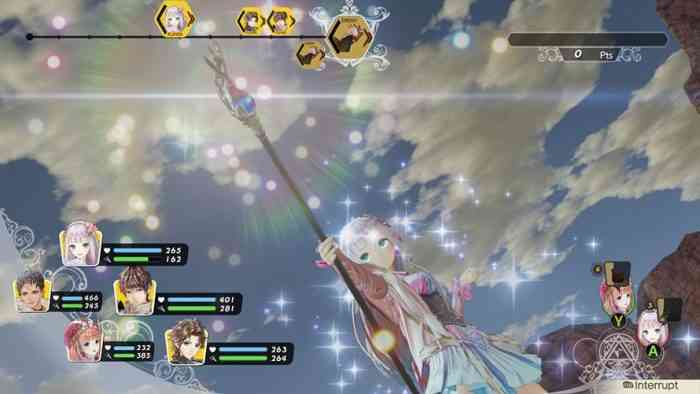 Another thing to take advantage of is the possibility to increase the relationship status of your characters. You’ll have the chance to higher your relationship while traveling and interacting with party members, allowing an increase in dealing damage. The back and front rows can also be swapped out with each other which will further allow different chain and attack combinations. All in all, the battle gameplay itself is very simple but it’s engaging enough to keep JRPG fans happy. While the game is certainly very pretty, it does lack in some of the character models.

Atelier Lulua: The Scion of Arland is the perfect way to conclude this now tetralogy. That said, Gust could surprise us with another game set in the world of Arland. For now, though, Atelier Lulua is a crisp and clean experience with cute visuals and an even cuter cast of characters. While the gameplay is simple, it’s engaging enough to hold your attention and the best part is that you don’t need to have played the previous three games in order to understand this. With the added bonus of the simplified alchemy procedure, it’s an overall great title to pick up if you’ve been curious about the series. 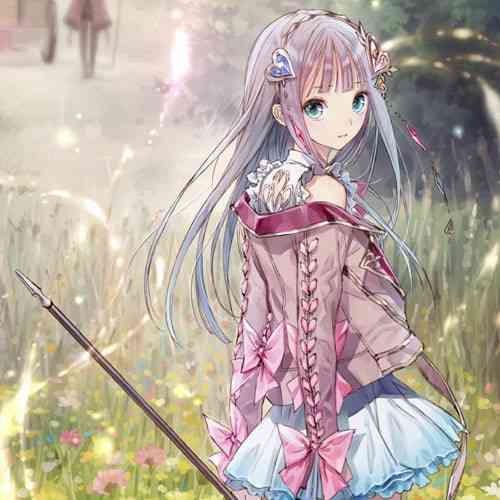 Wild Hearts’ Latest Trailer Shows Off The Power of Karakuri