The Atari 50 Anniversary Collection goes far beyond the typical retro videogame collection. Digital Eclipse has structured this compilation into a wonderful collection of Atari history. This is a virtual museum that not only includes the games but the history of the people that made Atari what it was.

The collection includes video clips, interviews, commercials, and memorabilia that chronicle the history of Atari, not only as a corporation and collection of games, but the people and times. This is a loving but honest look at Atari, including all its ups and downs.

In addition to covering fifty years of Atari history, this playable documentary includes a hundred games, six of which are Digital Eclipse re-imaginings. Everything is accessible from an attractive main menu that mimics the function of a book’s table of contents. From here, you can pick a specific Atari era or bypass the contents altogether and go to the list of games.

The collection is broken down in the table of contents down as follows:

The Intro and Arcade Section does a deep dive into how Atari came to be. It details how co-founder, Noah Bushnell, took his experience with military tech and applied it for consumer use. Creating the first arcade–Space Mission–was successful enough to lead to Atari’s breakout hit, Pong. The success of that machine not only propelled Atari forward but also created one of the best service call stories ever.

As technology improved, smaller units were possible and made their way into homes in console form. The Atari 2600 was an enormous success, but Atari hit its first stumbling block with the 5200. Where the 2600 sold over thirty million units, the 5200 barely broke over a million units. The lack of 2600 backwards compatibility, terrible non-centering analog controllers, and the advent of Colecovision with Donkey Kong all worked against the 5200. 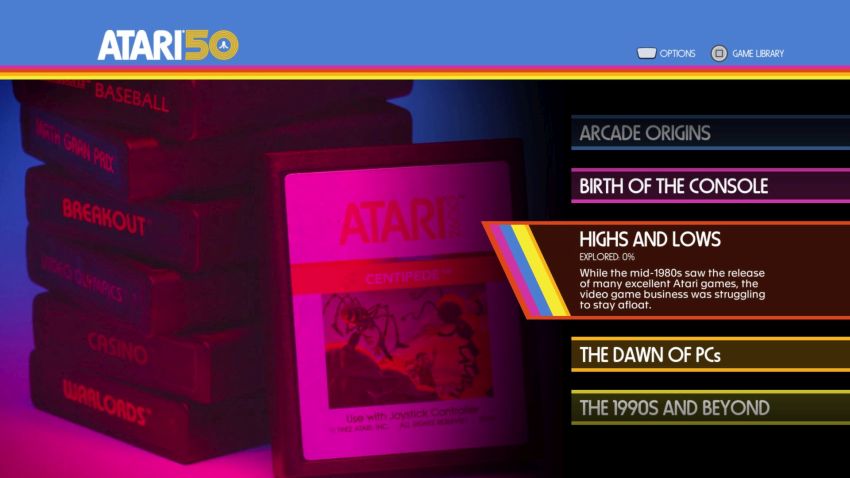 With the videogame crash in 1983, Atari lost its leadership position and never recovered. Their reputation suffered and stories like E.T. videogame debacle added insult to injury. They abandoned the videogame console market and transitioned over to home PCs. They later returned with home consoles such as the Lynx, the 7800, and their last stand, the Jaguar.

To say there are a lot of games to play is an understatement. Completionists take note: while this is an extensive collection, there are some notable exceptions. Frogger or Space Invaders are not included because of rights issues. Also absent are any licensed games such as Star Wars, Indiana Jones, etc.

As befitting a brand known for the Easter Egg, you can unlock hours of additional content and games as you progress through the collection. Also, for trophy collectors, the collection tracks your progress. To get one hundred percent completion, be prepared to watch everything and play every game. 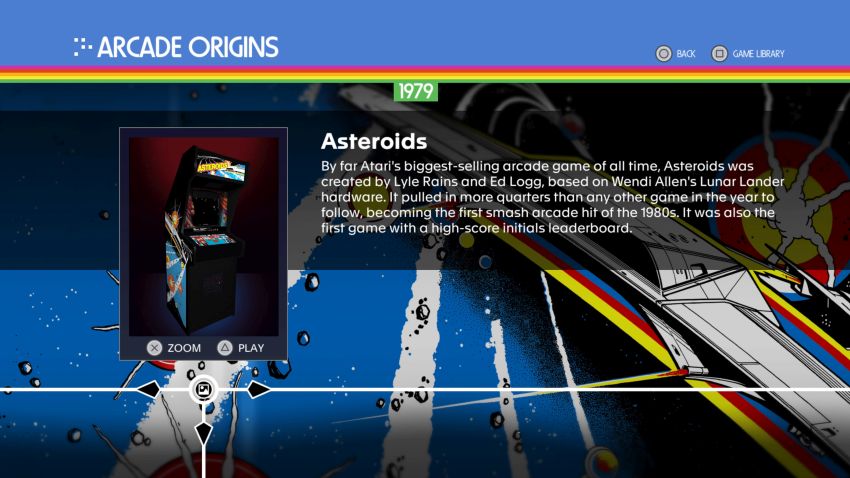 Everyone will have their favorite game, but for me, the standout is Jeff Minter’s Tempest 2000. The bulk of the games come from the Arcade or 2600. They are represented by sixty-five games, while the combined total of the rest of the platforms only tally up to thirty-one games.

The cool thing is the collection includes games that have never been released before. From the Arcade, there are Akka Arrh and Maze Invaders. For the home consoles, there are Real Sports Basketball, Saboteur, and Millipede.

Also included are the games for Atari’s 1979 handheld console, Touch Me. It looks like a clunky calculator with 4 colored buttons. Think the home electronic music memory game Simon from Milton Bradley and you’ve got an idea of what this device was all about. A cool idea held back by the technology of the time because the number and type of games to play were severely limited.

Digital Eclipse provides a limited variety of options for how you want to play a game. You can choose a Screen Mode of either original size, full screen 4:3 mode, or a wide 16:9 stretched mode. There is a Filter mode that turns scan lines off or on. A third option determines whether they display a border outside the game screen or not. The instruction manual is also included, which you can zoom in and pan around on. 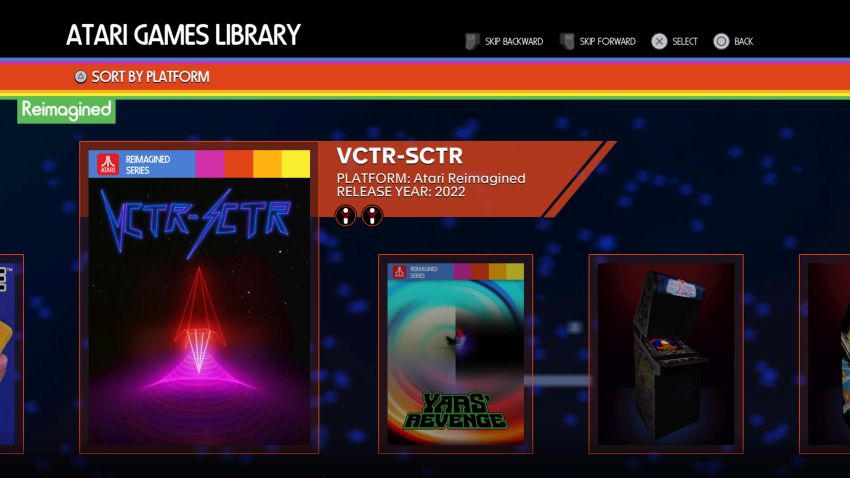 The Atari 50 Anniversary Collection is more than just a collection of games. It is a time capsule that traces not only the rise of Atari as a company but as a living entity. By showing us the people and the times these games came into being, it brings them to life in a way you never could have experienced before.

For game buffs, or Atari fans, this collection is a no-brainer and if there is any collection that could be considered a must-have, this is it. 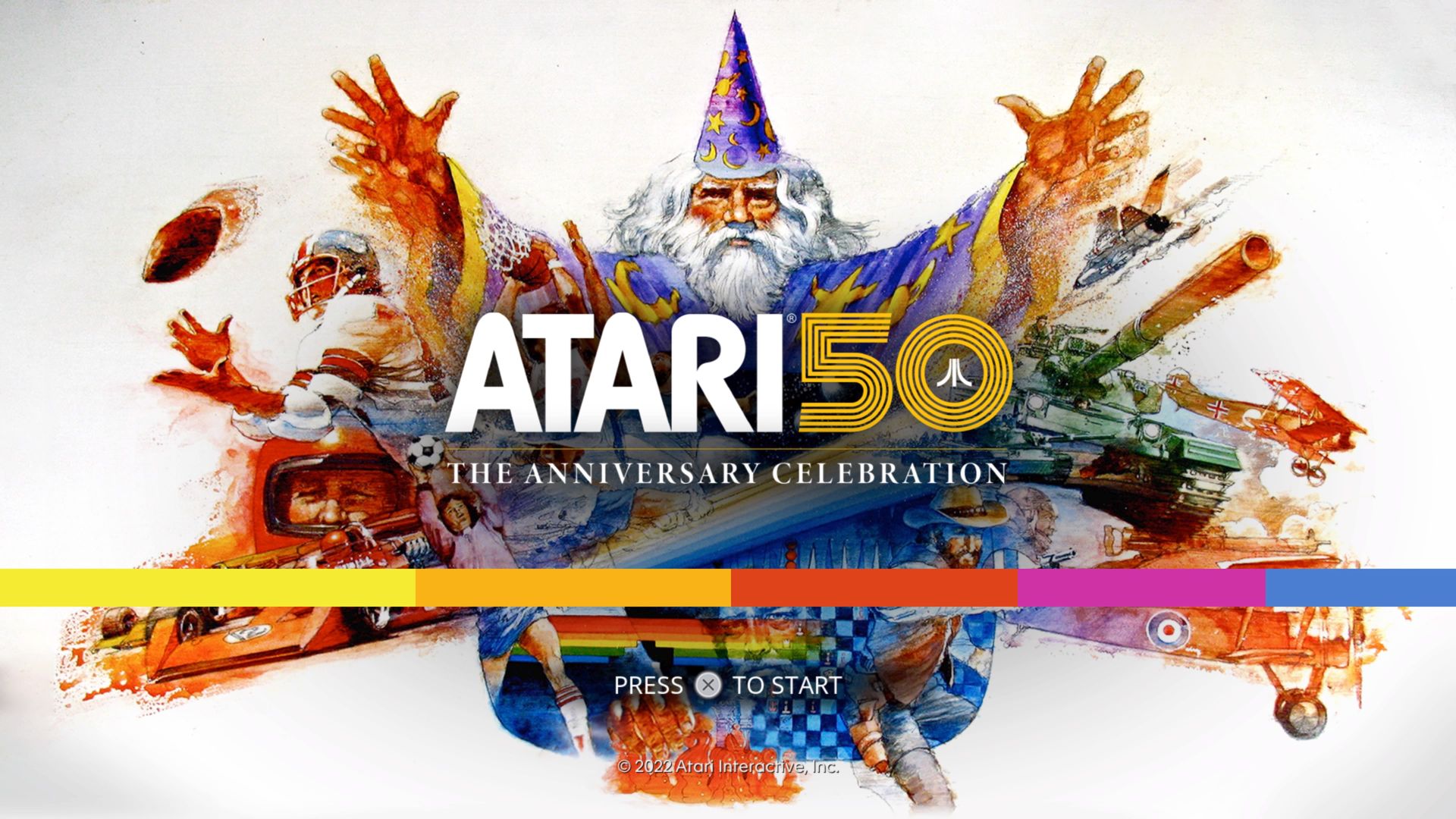