Assassin’s Creed Origins: The Hidden Ones DLC Review – Sinai’s to be Bayek

Assassin’s Creed Origins’ first major expansion, The Hidden Ones, comes just at the right time for me. I’ve just recently finished the base game’s main storyline, I’ve maxed out my character stats, and the number of remaining side-missions is dwindling. So needless to say, I’ve been thrilled to take the ferry over to the DLC’s new area, The Sinai, and take part in a brand new adventure.

The Hidden Ones takes place 4 years after the events of the base game, and our protagonist Bayek arrives in The Sinai to join the rebellion against the region’s tyrannical occupiers, the Romans. Just like the main game, you have a series of mini-bosses and one final leader to assassinate, as the secretive Hidden Ones – precursors to the Assassin Brotherhood – use stealth and smarts to carry out surgical strikes on the enemy’s leadership structure.

In fact, The Hidden Ones is, in most ways, like a miniature version of the main game. You move your way up the hierarchy, assassinating each in turn until you face the final target, Rufio – except this time there are only 3 underlings to take out. There are also a handful of new side quests, lairs, papyrus puzzles, new Stone Circles at which to pay your respects to Khemu, and even 2 new, stronger Phylakes chasing you (except these new ones are called The Shadows of the Scarab). It’s all more of the same but scaled down in size, with some increases in difficulty to match your higher level.

“The Hidden Ones is, in most ways, like a miniature version of the main game.”

Similarly, if you were hoping for new fighting mechanics or other such radical tweaks on the Assassin’s Creed Origins formula, you’ll be disappointed as this is exactly the same game you’ve been playing so far. Personally, I was happy to have one more extra helping of the base game. Sure, it might have been a bonus if they introduced new layers to make the experience novel, but Ubisoft likely recognizes that the original Assassin’s Creed Origins did a lot of things right, so there is not an urgent need to fix what ain’t broke. 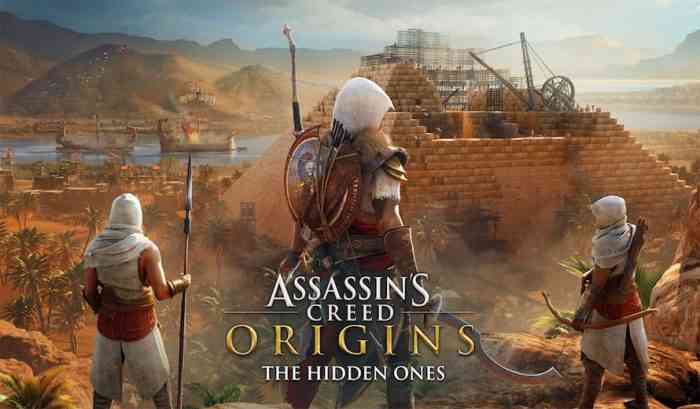 Assassin’s Creed Origins: The Hidden Ones does, however, bring with it a slew of new goodies such as legendary weapons, shields and mounts, along with the ability to add to your equipment upgrades. I also personally loved the very generous XP rewards for the missions – with 10,000, or 15,000 or even 20,000 XP being tossed out as a matter of course. Assuming you arrive with the recommended level-40 minimum, you’ll reach the new level-45 cap pretty quickly by playing through the roughly 2-3 hour main quest alone.

A highlight of the new content for me was one of the new Roman fortresses, the Walls of the Ruler, which is so massive it contains 5 new treasure boxes to discover. It’s also heavily populated with level 40+ Roman soldiers, including multiple Captains and Commanders. You’ll need all your prowess in stealth and combat for this one, as I found out the hard way when the wrong approach resulted in my getting swarmed and killed pretty quickly. It’s an example of how The Hidden Ones brings lots of fresh new challenges that might have become scarce for veteran players in the main game.

“The Hidden Ones brings lots of fresh new challenges that might have become scarce for veteran players in the main game.”

As for the main and side quest stories, this has never been Assassin’s Creed Origins’ biggest strength from the start. They are pretty standard endeavours that usually involve you learning about a target and then going to kill them, although the main story does shed further light on the ongoing origin-story of the Assassins and The Order of the Ancients. Most side quests are similar to before as well, although a few do mix it up, with Bayek recruiting new members or finding lost items. None of them are particularly memorable, but they are fun to play through and a few surprise returning characters – including Aya, who now goes by Amunet – offer an unexpected treat.

Assassin’s Creed Origins: The Hidden Ones is probably exactly like you expect – it offers more of everything you liked about the base game, but it won’t surprise you or offer anything revolutionary (that will apparently come with the next DLC, The Curse of the Pharaohs, in March). For $9.99 US, you get 2-3 hours of new main quest to play through, and maybe another 5 or 6 hours of side quests and diversions. If nothing else, it is a good value for your money and if you liked the original Assassin’s Creed Origins, you’ll definitely enjoy this first expansion. 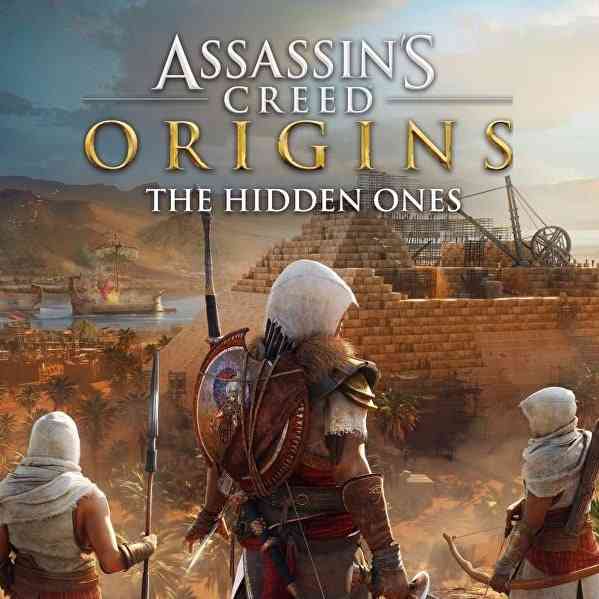