Reviewing a remaster is strange. After all, the vast majority of the original game is still intact, so it feels like treading old ground. Reviewing an early Assassin’s Creed game feels even stranger, considering how many titles and characters (and opinions) have come since. However, Ubisoft’s Assassin’s Creed III was one of my favorite games of all time when I originally played it (and yes, I’ve played Assassin’s Creed II), so the opportunity to jump back into Connor Kenway’s story was too good to pass up.

For the uninitiated, Assassin’s Creed III covers the story of the half-Mohawk Ratonhnhaké:ton, son of notable assassin (is it a spoiler to say more if the game’s six years old?) Haytham Kenway and Kaniehtí:io, a member of the Mohawk dedicated to protecting her people from the encroaching Europeans. Ratonhnhaké:ton—or Connor, as he becomes dubbed—must dismantle a plot to destroy life as he knows it, though doing so puts him in the way of his closest allies. Also, Desmond is there (unfortunately), and in the modern day, the world is ending.

The Good, The Bad, and the Colonial

All the strengths of this game were present in the original release, which divided players into people who thought Connor was whiny and people who were right. Assassin’s Creed III is a gorgeous, satisfying game with a compelling story (mostly—looking at you, Desmond) and rich, engaging gameplay. Expect to get lost in this world for dozens of hours.

I certainly did when I played this game the first time. My extensive playtime got me almost to one hundred percent—minus two glitched out feathers. In true Ubisoft fashion, there is the main story, but there are also quests and minigames spread out across the thirteen colonies. Between kicking asses, delivering letters, and upgrading your homestead (a subplot I’d totally forgotten about until playing the game again), you’re kept pretty busy. In fact, there’s so much to do that you could get sick of it. Thankfully you’re not punished for skipping these extra activities, beyond being denied that coveted platinum trophy. 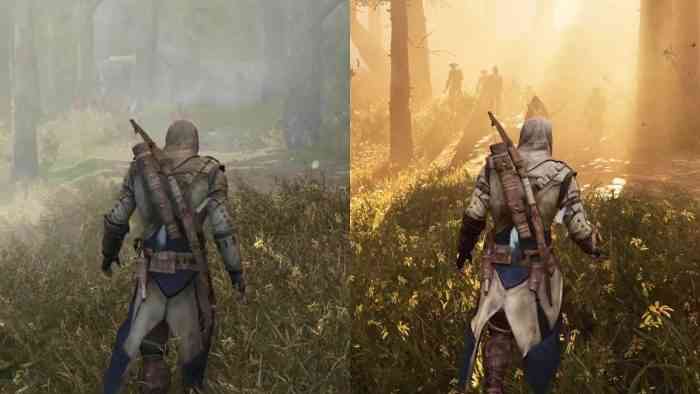 Of course, it’s not a perfect game. While the colonial plot is great, the modern-day accompaniment is notable only for interrupting the fun parts of the game. Desmond has a rough gig, competing with all of history for the player’s attention. Sadly, he pretty much never succeeds. The remaster is only as good as the original game, and man, the end sure had a rough landing.

The Animus Was Inside Us All Along

Assassin’s Creed III is an interesting game to revisit. Modern open world games were forged by titles like this one. Caught between exploration and story, there’s a clunkiness here that games like Red Dead Redemption 2 have since overcome.

With the balance between narrative and gameplay being so uneven, story sequences can feel uncomfortably long. Our sensibilities have changed (or at least mine have) since 2012. I found myself tapping my foot impatiently while I waited for cutscenes to end. It’s a strange fate for AC3—to be outclassed by a genre of games you helped popularize, but it’s only a minor annoyance when you’re actually playing.

As far as the remaster goes, the biggest difference is the graphics. There are some minor changes, like the ability to tell the direction the Redcoats are looking and whistling to enemies from bushes, but the biggest change is the graphics. Originally AC3 was top-of-the-line, but after six years it needed to be fixed up. The remastered environments are spectacular. They don’t hold up to the most cutting edge games, but they definitely meet modern AAA standards. This world expertly captures the lost grandeur of the American landscape. No other game can take my breath away like this, and with a single scenic shot, no less.

A Game of the People

The people are less polished, unfortunately. It’s jarring to go from colonial brick buildings and waving grasses to the thin lips and plastic faces of the characters. A remaster can only do so much, and 2012 was a long time ago in terms of character models. Ubisoft did the best they could without spending the resources to completely remake the game, but it still takes away from the experience to have Haythem’s teeth shine at me from within a Barbie-smooth skull. Don’t get me wrong, though: they definitely look better than before, and that’s a step up. 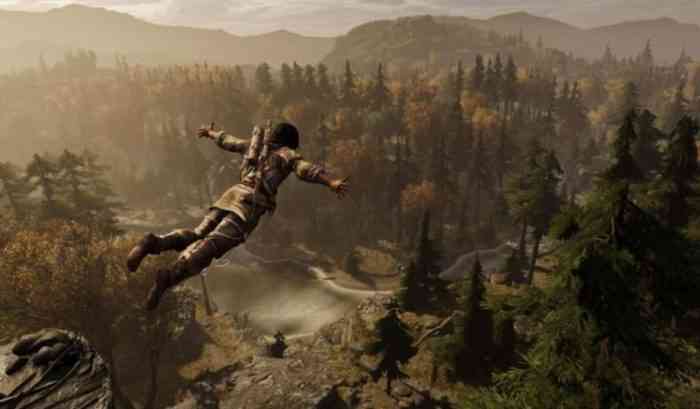 The bundle also comes with the remaster of Assassin’s Creed: Liberation, originally for the PlayStation Vita. The remaster (previously released with few changes) does its best with a game designed for a much smaller screen. I thought it did an admirable job, considering. Liberation isn’t the strongest Assassin’s Creed title, though, and no remaster can save it from that, although Aveline herself? She can stick around as long as she wants, and I’ll look forward to her Switch remake as soon as I make a blood pact to acquire a Switch.

At the end of the day, I love AC3. I know that I’m not the average player, having studied the Marquis de Lafayette at a college level, but I love sinking hours into Ubisoft’s version of colonial America, where the oft-overlooked make the most important choices of all. Also, I can attack as many Redcoats as I want, with the only consequence being a city-wide manhunt. With this fresh coat of paint, Assassin’s Creed III has never been more fun—providing you enjoyed it in the first place.