Since Aragami has been out for a while, and we all know it was pretty good, I was looking forward to taking Nightfall, the newest DLC for Aragami, out for a spin. After a very short campaign of only four chapters, I found that the Shadow Edition might not improve on the game’s terrible frame rate problem, or add much new content, but Nightfall is more of the same fun, slightly buggy, Aragami that I remember.

Nightfall takes place before the original story of Aragami, revolving around the two shadow assassins Shinobu and Hyo, and has you playing through the events that led up to the start of Aragami. You explore the four chapters of the story and visit levels that are similar to Aragami, but different enough to be interesting. Some of these levels utilize new and interesting traps, whilst others are set in daylight, which means fewer shadows for you to teleport to, which in turn means more of a challenge.

Nightfall’s gameplay is the same as the base-game – you’re a shadowy ninja who disintegrates at the very touch of sunlight. You use energy to teleport into shadows to traverse the levels, stepping out of the shadow and into a dim light stops you from regenerating energy, and bright lights actually drain your energy. The teleporting may not be the only way to move, as you can walk from shadow to shadow if you’d prefer, but it’s the only way to get over obstacles.

Though it’s a strange mechanic to have a ninja not be able to jump even slightly, the movement for Nightfall is just as fun and fluid as its predecessor (albeit with a few glaring issues). Nightfall uses these stealthy, teleporting mechanics to create levels that utilize the feature properly, and create challenging, yet satisfying, ways to pass through the levels and take out enemies.

Those of you playing single-player will be happy to know that you can use an AI partner, in the form of the other shadow assassin you didn’t pick to play as, to help you out during the levels. This introduces more intricate ways for you to kill off the evil warriors of light and even provides some help for you pacifists out there. It also seems that Lince Works have added co-op into Nightfall as well. 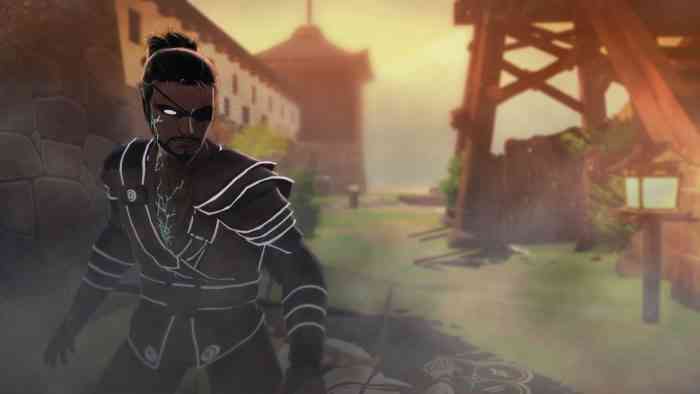 Being one of my favorite features of Aragami, I was glad to find the co-op worked seamlessly for me and my friend. Utilising your individual abilities in sync feels much more satisfying than commanding your omnipotent AI to do it for you, and gives me someone to blame whenever we mess up. It adds more ways to beat each level and adds a lot of replayability in there for those of you who power through Nightfall in an evening, but who also have friends who actually do things with their lives.

The opening act for Nightfall’s story throws you into the action after a quick tutorial and introduces three new Shadow Techniques, and one old, to try out immediately. You’re limited to these 4 Shadow Techniques and have no way to upgrade/unlock more. However, it seems some of the previously unlockable skills from Aragami are just regular skills you can use off-the-bat in Nightfall.

One of the newer Techniques is an explosive kunai, which gives you fresh way to kill off a few guards, but I was disappointed to find out that detonating the mini bomb, and shaking the very foundations of the building, wasn’t enough to stop the two guards I was trying to distract from staring longingly into each other’s eyes. There were a few other issues similar to this, one which is the glaring issue with teleporting I mentioned earlier.

Teleportation in this game is still great, but flawed. Creating pools of shadow to jump to is a fun way to explore the level, but it only works about half of the time. The times where I teleported onto a roof, stealth-killed a guard, and teleported away again without anyone hearing me are overshadowed by the times I tried to teleport onto a wooden beam I had been on plenty of times before, but bounced off the side instead, and fell into an enemy’s line of sight.

Whilst some people seem to dislike the art-style for Aragami, I really enjoyed the colorful landscapes it’s set in. It isn’t too cartoony to make it childlike This, combined with the peaceful music, only added to the game’s charm and made it that much more enjoyable to play through.

Speaking of graphics, I much preferred Nightfall’s new take on the shadow essence gauge. It still shows your remaining energy in a way that doesn’t take up the screen and block the pretty scenery, but this time isn’t tied to a piece of cloth that tends to glitch inside your body and hide your own energy gauge from you.

Just like the base game, once you get into the flow of dipping in and out of shadows to avoid detection, or creating a pool of shadow in the distance to narrowly avoid being seen, the game does a great job at gripping you by the collar and absorbing you in.

Sneaking your way through the level by killing everything with a pulse is just as satisfying as a pacifist run; the stealth is also just as solid as it was in Aragami and is woven into the combat nicely.

However, this is fun is pushed to the side slightly when every new area brings a new wave of frame rate drops. The maps are still innovative in their design, and they don’t throw much in the way of new challenges, but the choice to stop the story at 4 chapters keeps the combat from being a repetitive slew of teleporting and stabbing. 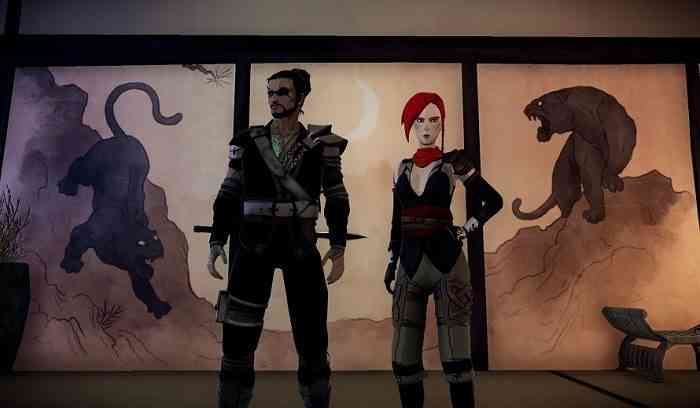 Overall, despite Nightfall being a relatively short bit of DLC, it manages to pack in some fun challenges with the level design, and the combat is as satisfying as ever. I found the story to be nicely paced throughout the four levels and leaves you off just before the opening of Aragami. However, the DLC doesn’t add much more to the game than the three new Shadow Techniques and is over once you’ve only just gotten into it. 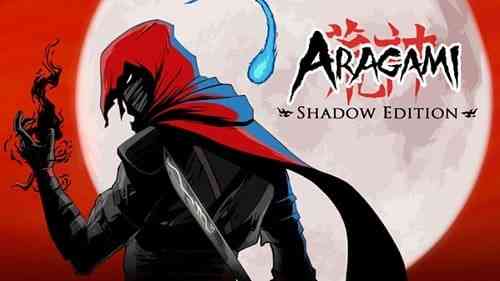