Antihero is a Victorian crime syndicate sim set up like a board game. Your task is to take over the criminal empire spread out on every stage. Sometimes this means dealing with the banks, sometimes the clergy, and sometimes the Royals. You can bribe, murder or rob your way to victory. Every avatar is an adorable street portrait, a grim-faced caricature of a bygone era. The whimsical visuals are a clever ruse, a smiling skin stretched over a savage jungle. You’ll earn no victories here without being quick and ruthless.

I thought I knew what was required. Start a gang, make it a big one, brute force my way into a string of assassination contracts and saunter to victory. But, no! It turns out roving gangs are as fragile as glass. One clever assassin can cut them to ribbons. Another potential roadblock are the urchins. Your entire economy is a lattice work held together by street children. Their natural enemy? Truant officers. Hard-eyed men driving carriages with lanterns and whips. Your team is also vulnerable to explosive traps laid in scout-able buildings. The point is, whatever route to victory you choose, your opponent has a way to lay you out.

“Your entire economy is a lattice work held together by street children.”

My strategy for victory changed often, sometimes as often as my turn came up. The shortest path to success came with exploiting every possible opportunity as it arose. If I had any resources left at the end of my turn it meant I was doing something wrong. Build up that gang you’ve started. Rob every house in reach. Spread your network of urchins far and wide. Spend everything you earn the moment you earn it. If I wasn’t pushing as hard as I could, my opponent would clear the fog of war with control of every point on the map, a sweeping conquest conducted between turns. Playing casual matches affords you an extensive stretch of time between turns, yet things still move crazy fast. It’s all too easy for your imminent victory to be snatched away in a couple of short moves.

I previously wrote about Antihero back in May. Since that time, there have been a number of changes, most notably the addition of a campaign mode. The multiplayer is still a cutthroat wasteland, but now there’s an extended tutorial of sorts to engender you to the game’s many systems. While the first stage makes everything seem pretty simple, there’s an art to juggling so many criminal ventures. I found my time in the campaign mode to be quite helpful. Before those solo missions, I had no idea how to properly play to the strengths of each map. What a fool I was! Every stage comes with its own theme. one tailored to the sort of crimes you’d best be committing if you want to win. Rather than just lumbering on ahead with a squad of enforcers, I started making tracks for the specialty objectives. Of course, your opponents will be doing the same thing. In this way, there are two competitions. Not only are you fighting to establish your little empire, but there’s a secondary race to see who can use the map for that extra edge. 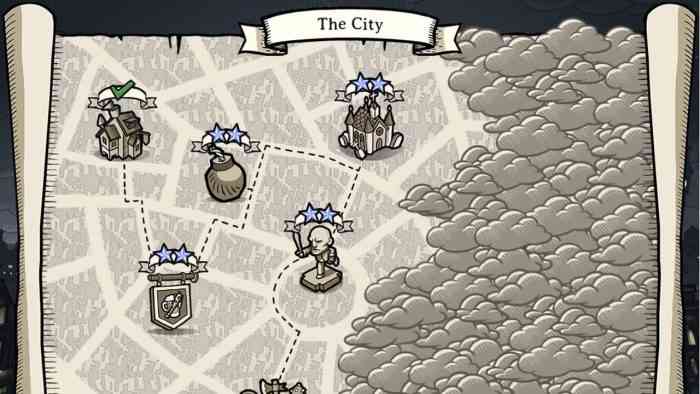 Another big change came with the proper implementation of live matches. During the beta, you could only really get into the casual multiplayer. This mode is asynchronous, meaning the two players don’t have to be online at the same time. While this is great for mobile play, it’s not as fun when you’re using the PC version. Now, you can get into battles with strangers at a much faster pace. Matches tend not to last more than half an hour or so, which keeps the pace of things fairly brisk. For me, this meant I could get trounced by a steady stream of foes on a more condensed timeline, rather than hours or days going by before a match is done. Super convenient, right?

I didn’t realize how much I needed the changes in question until they were upon me. Now, the added instruction from the campaign and the faster pace of the live matches feel like essential alterations to the game. There’s a special kind of helplessness that grips you while you’re waiting for the opponent’s turn to finish. You can watch them wreck your whole setup, but you’re powerless to do anything about it. This was especially apparent during a recent match. My enemy had drummed up a high-level gang, one that I couldn’t match in strength. This locked me into a string of turns wherein I would start a gang, get a single kill in, then get to watch as that gang was annihilated during his turn. This kind of delightful suffering just isn’t possible with a casual match.

“Antihero is a charming aesthetic package wrapped around a solid tactical core.”

My only complaint, after a string of multiplayer matches, is that you can see your loss coming from a long way away. If you make a mistake in your strategy, or your opponent finds an opening to exploit, the time between this turning point and the match’s end can be long. A lot of turns can go by before the full weight of your grievous error sends your campaign crashing to the ground. I had at least one match where the victor was decided in perhaps three turns, whereas the game didn’t end until turn twelve. It was painful, but it served as an effective reminder about letting my concentration slip, if only for a moment.

Antihero is a charming aesthetic package wrapped around a solid tactical core. If you can master the various systems at play, you can turn any situation into a victorious one. There are multiple paths to success, and you’re only funneled into a specific one if your opponent is absolutely dominating the board from start to finish. If you’ve got a hankering for strategy that’s careful, patient and blazing fast, then Antihero is one to check out.