Tower defense games are often like the Diet Coke of strategy games – offering the flavour of the real deal, but lacking some amount of substance. But you know what? Lots of people like Diet Coke, myself included. 11 bit studios threw tower defense for a loop with the Anomaly series of tower attack games. Now, they’re throwing that loop for a loop by making a traditional tower defense game. Does it stand out from the crowd, or does it taste like drug store cola?

Where the first two Anomaly games had players controlling human attackers, Anomaly Defenders places players in control of alien, well, defenders. Although more traditional, 11 Bit have still managed to craft an enjoyable game experience. Each of the game’s 24 levels tasks players with defending an evacuation launchpad from attackers – a simple premise, but the game sprinkles around enough variety to keep things interesting.

There are 8 tower types to pick from, each of which has a specific purpose. Spamming powerful towers can be fatal in later levels and at higher difficulties. Instead, careful planning is rewarded with satisfying ambushes, so long as the best towers and locations are selected. Attackers travel exclusively down defined right-angle paths, but can sometimes be lured towards resource deposits, allowing for strategic ambushes. Placement of towers is crucial, and environmental obstacles can provide protection from long range attacks. Players are also well advised to have contingency plans in place in later levels – certain enemy units have a tendency to head straight for the launchpad, ignoring attempts to lure them into a trap.

Gameplay is far from “set it and forget it” though. Players must manage a suite of active tower skills such as shielding, repair, and self-destruct, each of which is truly useful. Again, players must utilize all of the available options to succeed in later missions. Things get hectic, and mercifully the action can be paused to assess the situation. This doesn’t necessarily make life easier, as tower powers require energy that must be manually collected from fallen foes. Balancing the supply and demand of energy genuinely requires quick thinking, and hesitation can result in a complete breakdown of your defenses. 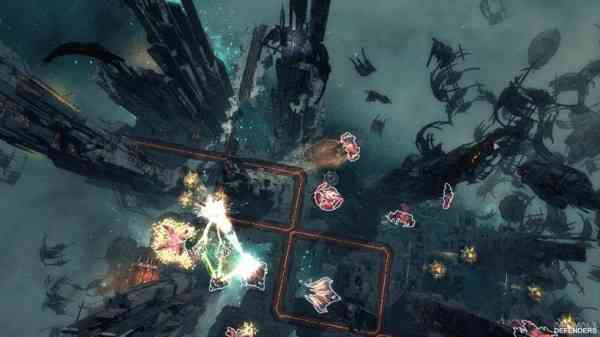 Too often, skill advancement is stiff and unforgiving in games. Thankfully, Anomaly Defenders allows players to redistribute tech points at will. This decision encourages experimentation, and allows players to easily experience all the options at hand. This is especially handy when your tactics fail against a certain group of enemies – instead of being painted into a corner, players can completely respec and try a new approach.

Anomaly Defenders looks and sounds great. There are lots of particles and pretty effects, and the music is sufficiently spacey and atmospheric. It’s not the most technically demanding game around, but there’s certainly nothing to cringe about. All around solid on the technical fronts.

Although more traditional than previous games in the series, Anomaly Defenders provides a flexible and entertaining strategy-light experience. It looks great, provides multiple options for players and play styles, and is challenging enough to require forethought and adaptation. Though previous Anomaly fans might be disappointed in the traditional approach, it’s well worth a try for tower defense fans. 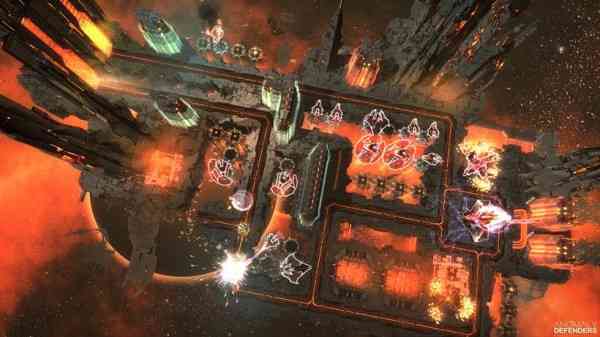 Next Call of Duty: Ghosts Invasion (Xbox One) DLC Review – Gimmicky Horror Characters Need Not Apply
Previous Worms Battlegrounds (Xbox One) Review – Looks Like the Fish Bait is Back in Town