I should probably have my gamer card revoked. I’m ashamed to admit that I have never once played a Worms game. The series has been around for almost 20 years, but I’ve always brushed it off as being another boring turn based strategy game. With the series making a debut on the next gen systems in Worms Battlegrounds I finally get the opportunity to see why these games are so beloved by many.

The single player campaign is jam packed with 25 levels for your worms to wiggle through. Narrated by the sarcastic Brit Ms. Tara Pinkle, players themselves trek inside the World Museum of History. Traveling through displays filled with pyramids, Viking ships, and Japanese pagodas, the quest has you searching for the Golden Child of worms. The Golden Child is the only one who can stop the evil Lord Mesmer-Crowley who plans to use the Stone Carrot he has obtained, a sacred artifact with mysterious powers, to take over the museum. 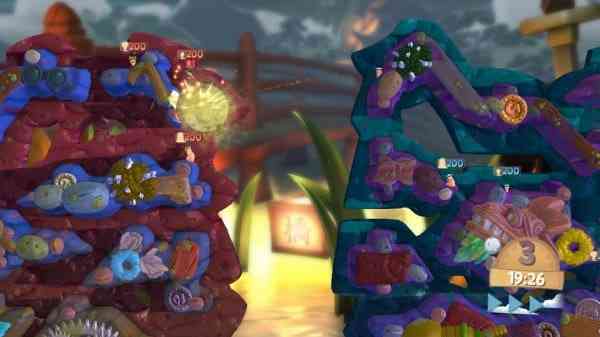 For those who have never played a Worms game, you simply command a team of worms spread out through the various levels you explore, using a variety of gadgetry and weapons to destroy environments and create damage, with the hopes of eliminating your opponent before they eliminate you. Anyone new to the series, like me, should be warned that there certainly is a bit of a learning curve as the controls can be a bit difficult, particularly when jumping or aiming a weapon. I made the mistake of hopping right into multiplayer and found myself extremely frustrated.

The single player mode is a fantastic tutorial for newbies, introducing you to the turn based combat system, the wide range of weapons and tools available, as well as how to destroy environments to reach your objective. The seasoned veteran may find grinding through the campaign a bit tedious, as the turns seemingly take forever. It may also feel a bit slow for someone who has played some of the previous games in the series, and surprisingly, aside from a few new weapons, there has been absolutely no changes made to the gameplay. However, those looking for a bit of a challenge in single player mode can battle their way through the 10 “Worm Ops” timed missions to test their skill and tactics.

No doubt the most fun to be had in Worms Battlegrounds is in the insane multiplayer as there’s great fun to be had online. There is just something satisfying about throwing a grenade and destroying the ground beneath an enemy worm, or the hilarious humiliation of trying to reach a platform with a jetpack only to find yourself plunging to your death when you fail. It’s these successful destructions or disastrous backfires with the 65 weapons and tools that make the game so entertaining. And fans of the series should be happy with the addition of 10 brand new weapons, including a flying monkey and an awesome teleport gun. 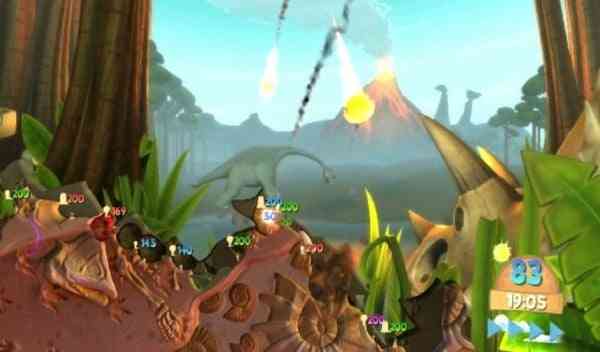 Along with the Deathmatch and Fort modes, which supports up to four players, there is a level editor and clan support, the latter where you and your friends join together and create a clan to play in the online battlegrounds. There is a great deal of customization involved with clans, with four classes of worms available, clan logos, voice selection, even having the option of dressing the worm army in a variety of outfits and accessories.

I love these little worms. They are adorable, and their little voices and sayings really added a special touch to the game. The visuals and music were nothing spectacular, and there wasn’t much variety in environments, but everything was aesthetically pleasing and the soundtrack quite suitable for the game. In a nutshell the overall presentation package gets the job done.

While frustrating at times, I enjoyed my first experience in the Worms universe: however, I personally think that the price is a bit too steep considering what other games that are priced considerably cheaper have to offer. While it’s a bit intimidating to newcomers, and the single player campaign can seem tedious as it relies on a tried and true formula, Worms Battlegrounds does offer a very enjoyable multiplayer experience that fans have come to know and love. Anyone looking for a fun online game to play with friends should definitely pick this up if you have the coin to do so. 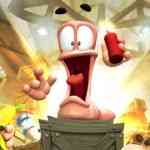 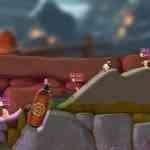 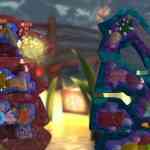 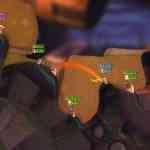 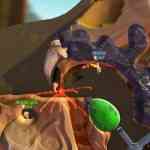 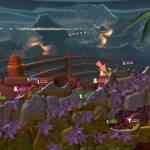 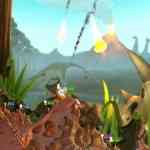 Next Anomaly Defenders (PC) Review – A Tower Defense Game That Isn’t A Bore Fest
Previous Murdered: Soul Suspect (PS4) Review – Who Knew Being a Ghost Detective Could Be So Boring?