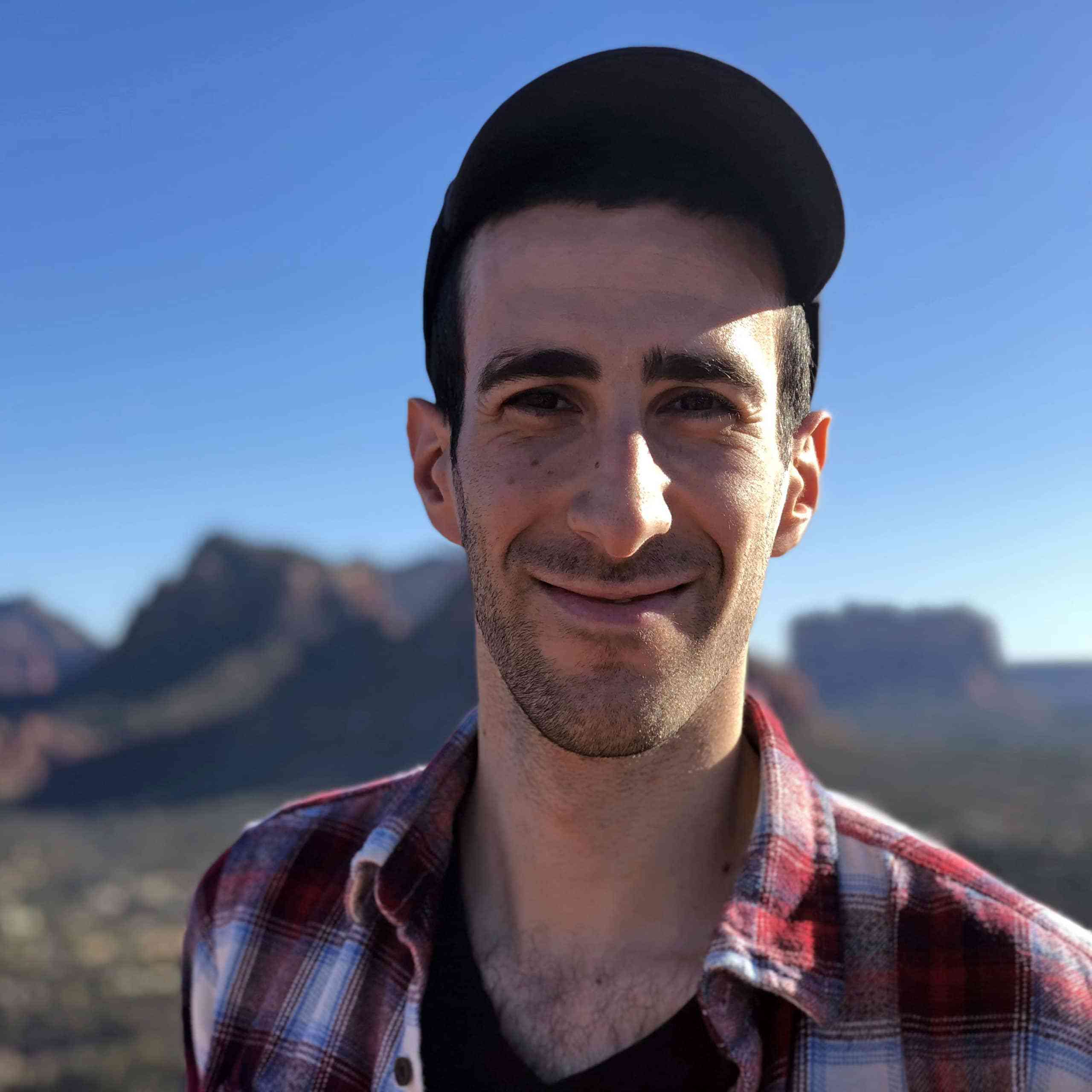 Have you ever thought to yourself, “The original Grand Theft Auto games were great, but what would make them better is modern graphics and destructible environments.” That’s all the introduction one needs for American Fugitive, the 3D top-down sandbox game from developer Fallen Tree Games that’s all about wreaking havoc on a rural American town, and not about much else.

The start of the game’s fable is as classic as time. In the fictional rural American town of Redrock County, our character, Will Riley, is framed for the murder of his father. Thankfully, jail was easier to break out of in the 80’s. Before long, Will is back on the streets looking to clear his name.

The story is pretty loose and fun, even when it’s trying to be serious. Will himself is at first a beacon of innocence, adamantly trying to prove his innocence, only for it to be revealed that he’s basically committed every crime except murder. Character conversations are conveyed through talking portraits, and when a character leaves a conversation (say they’re fleeing the scene), they make an awkward and hilarious shuffle out of the portrait.

After a pretty cinematic and linear start to the game, the game shows you its hand. You’re plopped into the middle of town on one of the islands and need to make your way to the first mission. You can sprint, which takes forever, or you can steal your first car and blindly follow the waypoint. I took the latter option and tore through town, earning a few wanted stars, crashing a few times, and having to ditch my car (and my clothes) to lose the fuzz. After a few missions that serve as orientation tours of the first island, I started to get the hang of the game.

When in doubt, drive into everything

Getting a hang of the cars, on the other hand, was a different beast. As a caveat, it has been ages since I’ve played a game similar to American Fugitive, but vehicles seemed either painstakingly slow or irresponsibly fast. When they were slow, I got a better feel for the town and controls, but sometimes got into accidents just from losing focus.

The faster cars though… this is where the game shines once you get used to it. Everything flies by, or in the case of cars and trees, appears in front of you. Putting the pedal to the metal felt incredibly satisfying, but until I got used to the limited camera view and the map in general, I would accidentally hit every single thing in sight. It didn’t help that the fast cars felt like jello at fast velocities, although for all I know that’s realistic. It gave me a feeling that I was tearing through town, and to be clear, I quite literally was tearing through the town, plowing through backyards and taking out as many fences and fixtures as were in my way. 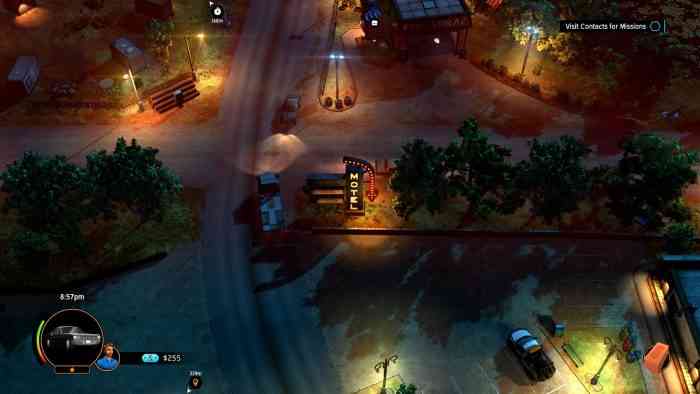 While driving is the fundamental cornerstone of the game, other aspects felt like they were given less thought, including the gunplay. Occasionally a mission requires a gun, and playing on the PS4, it felt like aiming was always a bit off, as it didn’t quite snap to the targets I was pointing at.  If you’re looking for anything more than hectic firefights, you’re probably out of luck. Each time, I’d find myself thrust into a situation where I’m surrounded on all sides by baddies, with no time or need to hunker down.

Every time you shoot, by the way, you’ll draw the attention of cops. In fact, any civilian that sees you commit a crime will report it to the police. Did you hit a light pole near another car? Reported! Did you break into a car and someone heard the alarm? Reported! Sometimes this felt grating, especially when I KNOW that it was the OTHER driver’s fault. Getting into a new vehicle or change clothes can lower your wanted level, unless someone sees you do it or recognizes you. Although it was a bit inconsistent (I entered a car right in front of the police sometimes and they were baffled at my disappearance), the mechanic was very engaging as a “fugitive.”

Who thought stealing could be so fun?

The best part about being a fugitive, though, is committing crimes! Easily my favorite part of the game was casing houses or committing a robbery. When you enter a building, you don’t see the actual interior. Instead, you get a layout of the building, you character’s current location, and an indication of how long it will take to “search” the room, performed at the press of a button. If you peak in through the windows beforehand, you can learn what each room is and glean which are occupied.

The key question is how you entered the building. You can try to sneak in with a lockpick or key, or you can brute force your way in by smashing a window. The kicker is that forcible entry triggers an alarm, and a timer starts counting down how long the police will take to arrive. Each time you search a room, the timer speeds up by the number of seconds indicated for the room. I can’t explain how thrilling it feels to move through rooms and piles of items while the timer ticks down in real time, forcing you to make snap decisions and bail right before the cops show up. 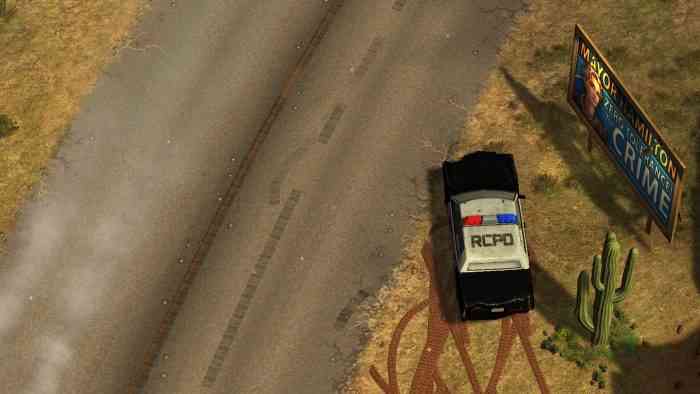 The simplicity of American Fugitive shines here, as it does when you run into someone in a building. They’ll trigger the countdown, and immediately you have to choose how to handle the situation. Do you hold them up, or run away? Each choice shows you the percent of success, followed by a little animation on the occupant’s character portrait showing what happened. All the while, the timer is ticking down until the fuzz arrive. It’s quick and fun, and combined with searching through buildings, was all the interior mechanics I needed.

Not a very lively place, Redrock

Unfortunately for myself, Will Riley, and the inhabitants of Redrock County, there isn’t a whole lot more to do. Once the story moves you past one of the three islands, you have no reason to go back. Other than missions, time trials, and crime sprees of your own making, there simply wasn’t enough reason for me to live in the world. Give me a money sink like a residence or unique clothes. Give me a garage to collect cars. Give me more minigames. Give me anything!

For a sandbox game, the story of American Fugitive is also disappointingly linear. You start on the first island, do all the missions there, then get sent to the next island. Rinse and repeat. The story missions revolve around doing a ton of random tasks for your contact before you finally get some sprinkling of story. There’s not a plethora of choice, either, because each time you unlock a new contact, your old one usually runs out of missions. Once the story ends completely, Will is comically standing in the middle of town, with nothing to do except go on random rampages.

Ultimately, American Fugitive lives and dies by its gameplay. Driving around and tearing through Redrock County is fun, destructive, and weirdly cathartic. Casing buildings and barely escaping before the police show up is breathtakingly thrilling. Past those two parts of the gameplay, however, there’s not much of substance to hold onto. American Fugitive is a quirky and fun open-world sandbox, but if you expect a bit more from games that tackle Grand Theft Auto’s legacy, you’ll be left wanting. 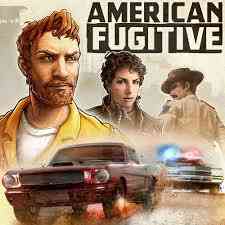