A great game can be made by a team of relative unknowns. This happens more and more lately, particularly in the indie space. However, sometimes you want to build a dream team (an alliance, if you will) of experienced developers with the shared goal of making something special. That’s what FuRyu has done with The Alliance Alive. Director Masataka Matsuura brought together a group with a passion for, and a lot of talent making, classic RPGs. The result is one of the better 3DS role-playing experiences to hit our shores.

The Alliance Alive takes place in a world divided centuries ago by daemon magic into five distinct realms. With these divisions in place, and with all the time that has gone by, it’s not even clear to the humans whether or not there are other worlds out there beyond their own. Humans are subjugated by creatures known as Beastfolk, who in turn serve the Daemons. In the game’s starting world, you’re introduced to a human resistance movement that seeks to undermine the Beastfolk and their oppressive policies. There are nine main characters, and your introduction to them is parceled out into segments, much like the world. Each introductory story reaches its climax before you move onto the next. Seeing how these stories cross and become one is exciting and serves as motivation to keep playing. The game features no voice acting, which is a bit unusual nowadays. However, no voice acting is always better than bad voice acting, so in this case, I don’t mind it. The writing itself is mostly good, though occasionally you’ll come across a line that could have used another round of polishing.

“This is just a charming game. The art style is like a watercolor painting come to life”

As engaging as the story is, the real meat of the game is in the combat. I tend to be less into the battles in RPGs, focusing more on the story, but even I couldn’t help but get into this system. It’s difficult to know where to begin. The battle system in The Alliance Alive is complicated. To start, you can have up to five members in your fighting party at once. Considering most games cap it at three, this is already a big change. Each member is positioned in one of several preset locations in the battle party. Their position, along with which of the three lines (front, center, and back) they’re placed in, determine their role in the party. Those in an Attack position receive a bump to their attack; Guard receives more defense, and Support is better able to heal and help their allies. Mastering positioning is key to overcoming the game’s tougher battles.

Beyond positions, each character can carry up to two weapons. Various attacks that are unique to each weapon type require different amounts of SP. When attacking, there’s always a chance your character could experience an Awakening. When this happens, they’ll learn a new, usually better attack for that particular weapon. Similarly, you don’t gain experience points and level up in the traditional JRPG manner. Instead, your HP and SP will rise (seemingly at random) as you complete battles. What you do gain, rather than experience points, are talent points. These can be spent outside of battle to improve your characters’ abilities. This means everything from proficiency with weapon types, to how much SP is regenerated between battles, to how often new abilities are learned through Awakenings. Talent points are doled out very sparingly, and the cost to upgrade your characters is high, so it’s not something you’ll be doing after every battle. However, the feeling you get after saving up to purchase a particular skill is very rewarding. 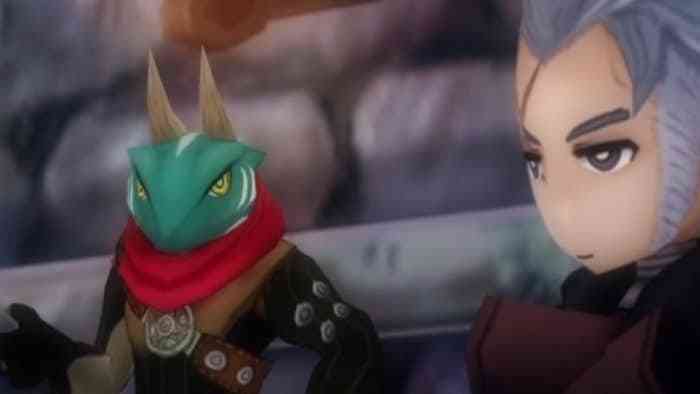 There are even more layers to the combat. Characters build determination as they fight, and it increases even more if they see their comrades fall. This leads them to enter the Ignition state. While in Ignition mode, characters can use an attack known as a Final Strike. This is both hyperbole and literal, as it launches a devastating attack on the enemy, but at the cost of your equipped weapon. You’ll want to use them sparingly, unless you’ve stocked up on plenty of weapon replacements. Equipping certain weapons allows your characters to use Signimancy (essentially, magic), and learning new spells from vendors can turn the tide of a difficult battle.

Now, keep in mind, the game does very little to tell you about all these systems. While there’s a digital manual you can read through, you’re never directed to it. The game places a lot of trust in you to figure things out for yourself. This is why it’s hard for me to recommend this game, as great as it is, to JRPG newbies. Old-timers like me will find a lot to love, however. 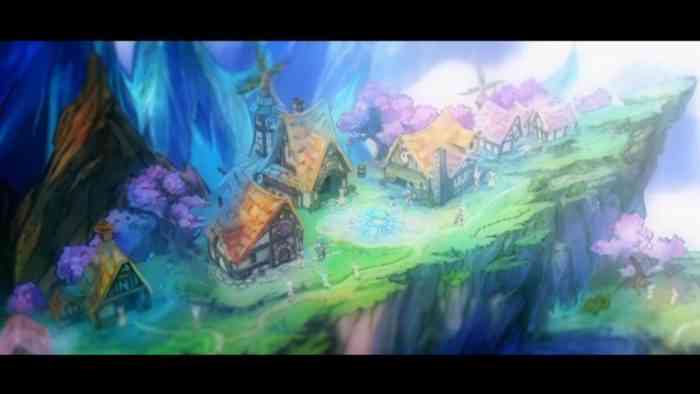 This extends to the music and graphics. This is just a charming game. The art style is like a watercolor painting come to life, reminiscent of the Bravely Default series in many ways. The character designs are super deformed and cutesy, but they work well within the context of the game’s style. The music, composed by veteran composer Masashi Hamauzu, combines classical instrumentation with synths to create a really interesting effect.

The Alliance Alive is an easy recommendation to make to my RPG-loving friends. If you’re not intimidated by dense menus and the concept of micromanaging your team to perfection, all while not being able to count on level grinding to brute-force your way through difficult sections, you’ll enjoy The Alliance Alive. For everyone else, come back when you’ve got a bit more experience.