Albion Online, developed by appropriately named Sandbox Interactive, is a sandbox MMORPG that allows players to dictate where their journeys take them. The ambitious MMORPG is also the first true cross-platform MMO, being able to be played on both PC and mobile devices. Perhaps the most intriguing aspect of this fantasy MMO is the highly advertised player-driven economy, which has drawn some comparisons to EVE Online despite a vastly different setting. As many contemporary MMORPGs have become relatively similar, Albion Online’s unique gameplay features could be a breath of fresh air in an otherwise plateaued genre.

Albion Online is set in the fantasy world of Albion, where the mists have finally cleared and revealed the land of myth. The king in the Old World has tasked adventurers to claim the new land, and those dreaming of wealth and a fresh start set out to make their mark. While the story is quite generic, the game truly presents a sandbox to players to create their own stories. Rather than having specific story-based quests which every player undertakes, which is a feeling that gets old when everyone rescues the same town from the same enemies, players create their own stories based on their experiences within the game whether it be PvP, PvE, or simply crafting.

This ambitious MMORPG’s gameplay is consisted primarily of gathering, crafting, and combat. These three aspects intertwine, as materials must be gathered to craft equipment that is then used in battle. Your characters progress based on their actions and equipment as you complete various tasks while using specific items and equipment. For example, completing gathering tasks may unlock permanent character boosts related to gathering. Think of these tasks as trophy hunting-like in that they can be very grindy, much like the tasks themselves. Unfortunately, the game comes with an extremely bare bones tutorial, meaning that players will have to search online for guides or videos in order to learn how to do certain things.

“The combat is fairly enjoyable, and the PvP aspect of the game is likely its greatest asset.”

While the aspects of the game may seem grindy or repetitive, the combat system is unique for an MMO but players will be quite familiar with it. The battle system is best compared to MOBAs in style, as the game also plays from a top down view in a 3D environment. The combat is fairly enjoyable, and the PvP aspect of the game is likely its greatest asset. Players can do battle within certain areas of the world as well as having larger scaled organized battles such as siege battles. While combat at lower leveled areas is relatively tame, deaths in red and black zones can cause you to lose items.

Everything you own in Albion Online is fair pickings for the victor, and that makes PvP and even gathering in certain areas very risky, adding to the thrill of the game. While it does suck to lose items and silver upon deaths, this feature lends itself to the player-driven economy. The in-game economy is what allows players of all styles to enjoy the game, as a player can simply focus on crafting or combat, or on every aspect and have fun regardless. Players who are focused on crafting can sell equipment, players focused on combat will have to purchase equipment, and some players can opt to do it all and be self-sufficient but likely at a less efficient rate. The game does allow players to purchase premium currency which can be sold for the in-game currency and used for a variety of purposes. Whether this constitutes being a pay-to-win model depends on the individual, but it does allow those who can afford it to progress at a faster rate, though not necessarily making them better players. 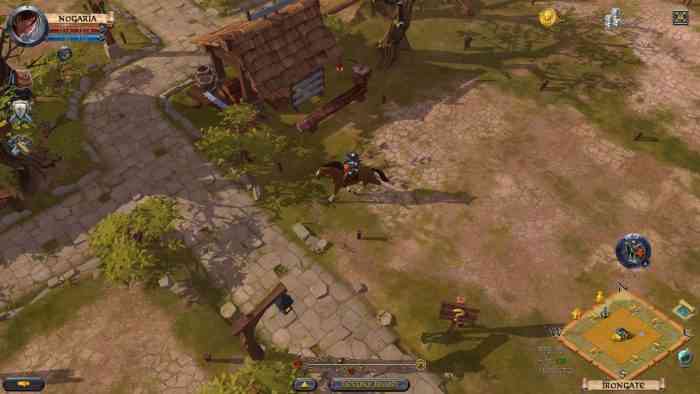 The graphics of Albion Online are average at best, with some rather plain aesthetics for both characters and setting alike. While the graphics are not the best, the game is able to be run smoothly from a variety of machines and makes the game playable on mobile devices as well. While I can appreciate a bit of sacrifice of the graphics for performance, the game’s character customization options are quite limited as well in terms of how your character looks sans armor. Overall, the graphics are effective for what the developer is going for, even if it isn’t the prettiest to look at.

The sound of Albion Online was average, as the music seemed to fall by the way side in that it was not memorably good or bad. However, the game’s sound effects play a vital role in the game, as you can be alerted to nearby players before you actually see them. Although the actual battle sound effects were not as well done, listening for nearby players can give you a large advantage, especially in the red and black zones.

As an MMORPG, Albion Online is, and will continue to be defined by the players, updates, and continued support from the developers. Based on the build at launch, the ambitious MMO has a solid base to build on, despite having some network issues early on. While the graphical quality compares unfavorably to other contemporary MMOs, Albion Online has a stable framerate and is able to run on a variety of devices. Overall, every player’s experience will differ based on how you choose to play the game, but Albion Online has provided a quality sandbox game with a strong initial build to work with. 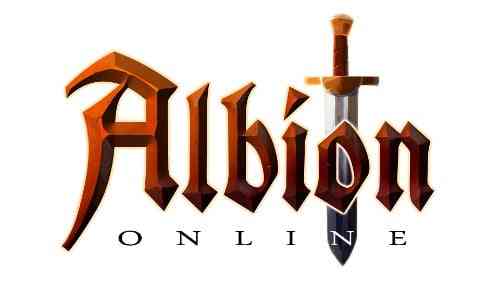