Aces of the Luftwaffe – Squadron Review

I’m glad more arcade style games are making their way onto the Switch. As someone who travels a lot, games that have short levels with simple mechanics are a perfect way to disconnect for 15-45 minutes. This also means I’ll tend to be overly critical of games that try to fill that niche for me. I thought Aces of the Luftwaffe – Squadron would be one of those games for me, but it falls just short because it’s trying to be too much at once. 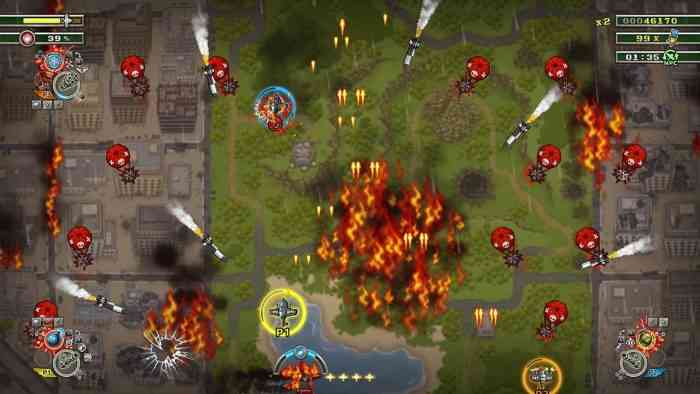 The core of the gameplay of Aces is that of Tiger Heli and every other scrolling bullet hell after it. You fly around the screen as you consistently move forward to the end of the level, shooting anything that moves along the way. Sometimes you’ll find power-ups that give a boost to your main weapons and your wingmen. But because this is a modern game and not just an NES port, there is a progression system that allows you to spend points on permanent upgrades. This is probably my first major gripe about this game; this genre already offers a way to get upgrades in the level and now I need to manage a skill line for each of my pilots? It felt tacked on and disjointed from the main gameplay experience. In fact, I might be able to say that about many of the extraneous additions to an otherwise well-defined genre.

Having three extra wingmen in the earlier levels seemed like a good idea. You were given a reward of extra firepower for playing well and dodging as many bullets as possible. But by the third chapter, there are almost no bullet patterns that I can dodge through and keep all wingmen unharmed. Maybe that’s the point? Am I supposed to realize that war is hell and sometimes you need to make the hard decisions to stay alive? If so, that’s a really heavy message to be wrapped up in cheesy dialogue and a farfetched story. If it isn’t clear, the feeling of being punished for simply playing the game is something I would expect from a Souls game, not a bullet hell. 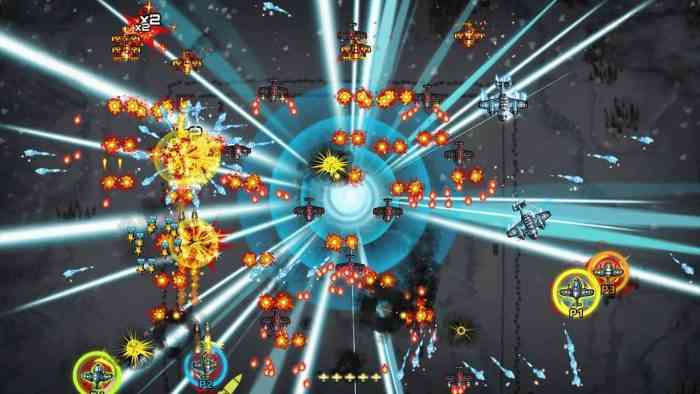 It’s not that I didn’t like playing Aces overall, I’m just frustrated because I can see a great game underneath the clutter of skill lines and odd design choices. If you strip away the mess, you’re left with a solid successor to Tiger Heli, a game that I have a particular nostalgic affinity for. I would like to have seen more effort put into power-ups ups within the level and make those more exciting than having simple damage upgrades that you unlock with arbitrary points. 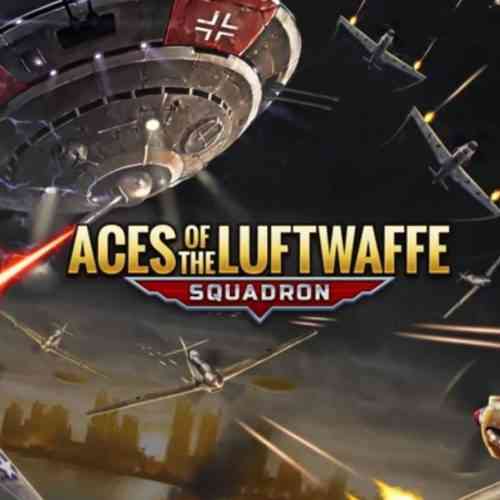