Mech combat laced in Steampunk couture, Acaratus is a tactical RPG whose curious aesthetic belies a compelling set of guts. While there a couple dents in the armour, this game’s overall presentation is a well-burnished blend of addictive and satisfying.

Acaratus takes place in a world lorded over by a confluence of narrative cliches. Shortly after mechs (I mean battle suits) are developed, one nation uses them to seize power and then outlaw the tech immediately after. The story properly begins with a slave trader being sold out by one of her slaves. The empire’s goons reveal their adherence to the “stitches for snitches” justice system, the two flee in an illegal battle suit, and the game begins! I see-sawed between bored and fascinated throughout the whole story. Maybe it’s the text-based delivery system, maybe it’s the genre’s necessary dependence on cliche, but the story was a hard sell for me. There were still moments of levity and heart, however, and they managed to pull me back in from time to time.

But enough about that. Let’s get to those tasty battle suits.

Between the camera perspective, the tactical combat and the customization, Acaratus feels like a tabletop game in motion. You can even mess with the colours! Once you’ve assembled your team, there’s a variety of cards you can take into battle. I made a lot of mistakes before getting a grip on how they work, but you play them right and they can save your butt. Extra movement, dash attacks, auto counters and other little boosts can help you steal a victory from otherwise bleak scenarios.

Okay, so this game gets real hard, real fast, right? That’s fine. Sudden difficulty spikes just mean you’re falling behind the projected learning curve. But in Acaratus, I found myself getting smashed over and over against some random battle. I would get discouraged, take a break, and go back to try again. Suddenly I was wrecking shop, against what were presumably the same enemies as before. My point being that the enemy AI feels sort of random. The same battle can go two very different ways for mysterious reasons. Perhaps my understanding of the game’s more esoteric systems simply needs refinement. Another issue is the game’s difficulty evaluation systems feeling somewhat skewed. There were times when the game would tell me a battle was easy, only to pit me against a behemoth who cut down my soldiers like wheat before the thresher. 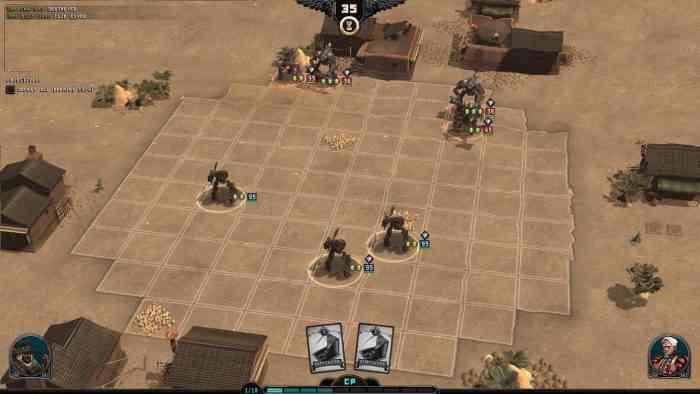 One of the mechanics I never figured out was exhaustion. Specifically, why is that a problem for battle suits? They’re machines! I understand that machines run out of fuel. That isn’t what you run into, though. Instead, your mechs get… tired. Not all battle suits run into this problem, and it didn’t come up very often, but I still found it a little baffling. Maybe it’s a translation thing, and they’ve been talking about fuel this whole time. Either way, it’s really weird.

Earlier I referred to the story as a hot mess (or confluence, if you’re feeling polite) of cliches. That’s not entirely true. They all gel together pretty well! You’ve got a crazy old dude with exceptional wisdom, the villain turned hero with a heart of gold. Even your protagonist starts off with the required mysterious past. This is all fine, honestly. Great stories are built on the backs of ancient archetypes. It just feels like you zip along from intro to rebellion to redemption with like, a handful of text boxes. The combat has real meat to it though, so I’m not hung up on the narrative and it’s bony frame.

“Once I made some adjustments to my loadout, previously impossible enemies became downright manageable.”

Acaratus experiences some sharp spikes in difficulty. I hit wall after wall until I started getting smarter with customization. Certain parts simply aren’t worth the cost in terms of damage reduction or reduced mobility. Once I made some adjustments to my loadout, previously impossible enemies became downright manageable. There’s a lot to absorb in terms of mechanics, but once you pick it up you have a host of strategies to pick from.

All in all, I enjoyed my time with Acaratus. The story hangs a little thin in spots and the combat gets hard at random times, but I found myself going back repeatedly until a given challenge was finished. Yes, the game gets tough. And yes, it can feel unfair at times. However, I learned that a little patience and a little experimentation was often enough to overcome seemingly impossible hurdles. Whether or not the setting appeals to you, the tactical combat has sufficient hooks to get lodged in your brain with little trouble. If you have an eye for turn-based combat with a heady dose of micromanagement, Acaratus is worth checking out. 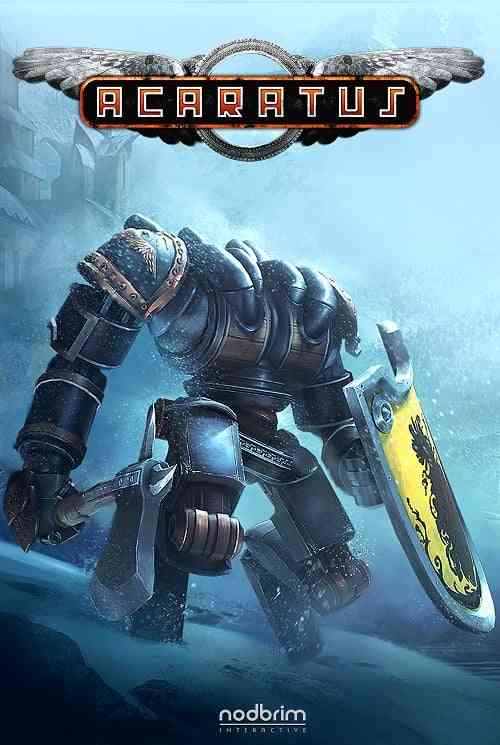 
Fire Emblem Engage Video Review – Put a Ring on It