20XX wants to be a Mega Man game for a new age. The futuristic platformer clearly strives to be equal or better than the Blue Bomber, adding a few new ideas to the old formula and producing something new. The game can stand on its own, it is a lot of fun, but the entire time I played it I felt like something was missing or holding it back from truly matching up. 20XX gives me plenty to like, but it’s not the Mega Man killer it wants to be.

The basic idea of 20XX is pulled right from an older age: plucky robotic heroes jump and shoot their way through hordes of enemies and some big bad bosses, upgrading themselves throughout the adventure with power-ups and currency to buy more power-ups. These two can wall jump, charge their weapons, and take weapons from the big bads they defeat.

As old-school as that sounds, 20XX does all of these very well. The game looks and feels great, a newer cartoony style showing off that old-school style gameplay. 20XX adds a major new obstacle to the mix in procedural generation, each level being randomly put together in order to keep my on my toes. I can’t choose a bad guy and expect to land in its unique stage, instead, I go to one of a few different areas (Arctic Datacenter, VacuLabs, etc) and each level is completely unique.

On one hand, the unpredictability of the game’s roguelike elements make playing through it super interesting. I never play the same game twice, facing big bads at different times which changes my loadouts as I progress. The upgrades I receive are different too, letting me see how different builds of my character will progress. I like this personalization; each run of 20XX I play is special and unique to me, and that’s pretty cool 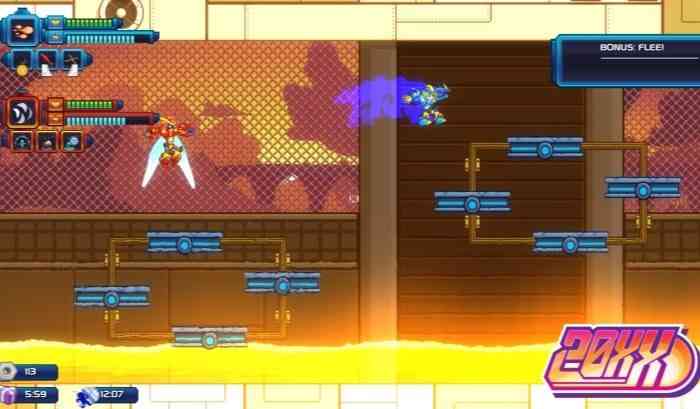 Here’s the major problem with it though: in trying to take on Mega Man, 20XX has completely ignored what makes those games so good. A lot of the classic Mega Man games’ appeal, in my opinion, lies in their rigidity. I know what level I’m entering when I choose a Robot Master, I know where the obstacles are after a few playthroughs, and then the challenge becomes beating my older clear times and practicing with speedruns. I keep coming back not because the challenges change, but because I want to conquer the stages I’ve become familiar with.

The roguelike nature of 20XX, while still fun, removes the “soul” of the Mega Man experience. I’m running and jumping and shooting, but I’m not being pulled in like I was in those older games. The level designs of 20XX  don’t have the complexity and thought of the classics they’re trying to compete with because the levels are always changing. The obstacles are similar, from the disappearing platforms to the pits of spiky death, but the feeling isn’t there. 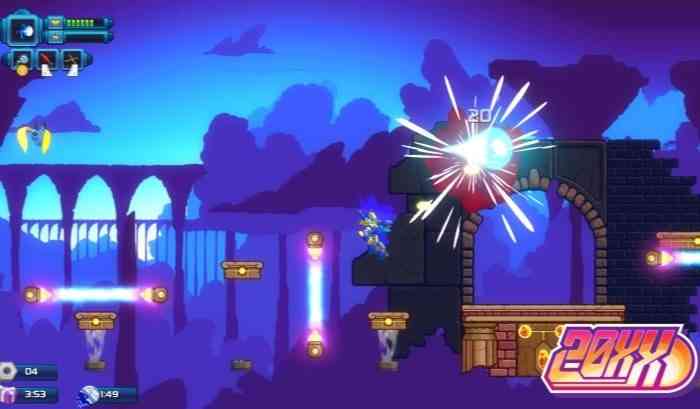 Again, that doesn’t mean the game isn’t still fun, because it is. Collecting power-ups and playing through the procedurally generated stages is fun. Getting the tri-beam or quad-beam weapons and being able to shoot in multiple directions is fun. Dying once and having to restart the entire run…well that’s not fun, but it does make me manage my health more and add a sense of urgency to my playthroughs. I do enjoy playing 20XX and at the end of the day I would recommend trying it out, but just know that what you may expect is ultimately not what’s going to come through on the screen.

20XX conjures a lot of feelings from yesteryear, bringing back the shoot-em-up platformers of old while adding new and interesting wrinkles to the formula. However, some of those wrinkles hinder the goal of creating a “classic” feel more than they foster it, as a lot of what made those older games great just cannot be found in a roguelike environment.

There’s a lot of fun be had here, a great challenge for those looking for a new retro-style platformer like this to take on, but 20XX never truly finds that “retro” charm. Instead, it’s a new idea pretending to be a retro experience, and the more astute players out there will be able to sniff it right out. 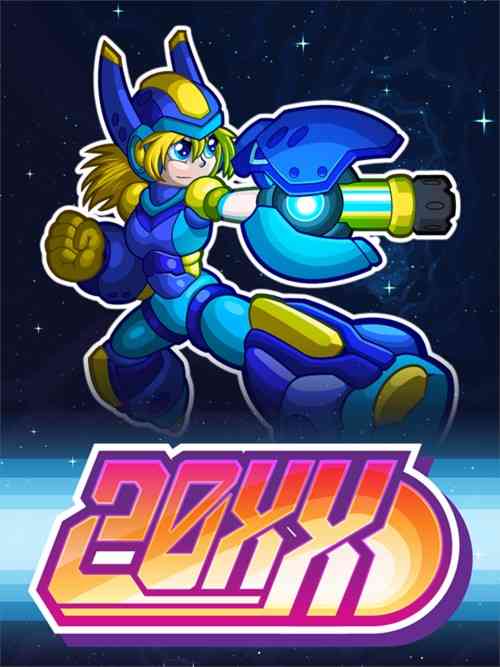