Another World Review – A Beautiful Disaster

Roughly 27 years after its initial release, Another World, also known as Out of this World, is getting a port for the Nintendo Switch. Originally developed for the Amiga and the Atari ST back in 1991, the cinematic presentation was nothing short of visionary. Boldly standing out amongst the other popular games of the time, Another World was highly praised, and established itself as an important part of the history of cinematic storytelling in video games. Allowing the player to choose between the retro and newer art styles, as well as music, the port is a great way to experience the game in its original form or its remastered form.

Famed for its difficulty, Another World can be beaten in less than an hour, but will more likely take days if not weeks to complete due to the requirement that things be done in a specific order and in an even more specific way. The game tells the player nothing, and the result is death. Playing without a walkthrough can easily result in hundreds of deaths prior to the game’s completion.

Another World is Trial and Error: The Game. The game begins with a cutscene, introducing a professor who, after his particle accelerator is struck by lightning, is teleported into a swimming pool on a dangerous alien world. Seamlessly transitioning from cutscene to gameplay, the player’s first action will likely be drowning in the pool. Once they realize that they can swim to the surface, the game begins. At the beginning, the player can leap, sprint, and kick. However, the game tells nothing of these abilities, leaving the player to pick up the basics as they go. Walking right, the player will promptly be killed by venomous slugs. The player must kick the slugs to kill them and pass, where they will encounter a savage beast that chases and kills them. The player must then repeat the process, killing the slugs, meeting the beast, and now running from the beast. The player flees to the left through several screens before coming to a ledge where they will likely fall and, again, die and have to repeat the process. The player must jump from the ledge onto a vine, which they then use to swing around the beast and onto the previous screen. Progressing to the right, the beast reappears, killing any player who makes the mistake of assuming they’re no longer being pursued. In the first five minutes of the game, you can die by drowning, being pulled back into the pool by a tentacle monster, being killed by venomous slugs, being mauled by a beast, and falling from a ledge. This is how the game teaches you to play: the tentacles require you to walk, the slugs require you to kick, the beast requires you to run, and the ledge requires you to jump. It’s a bit like a teacher slapping you on the knuckles with a metal ruler; it’s a bit archaic, but it does seem to work 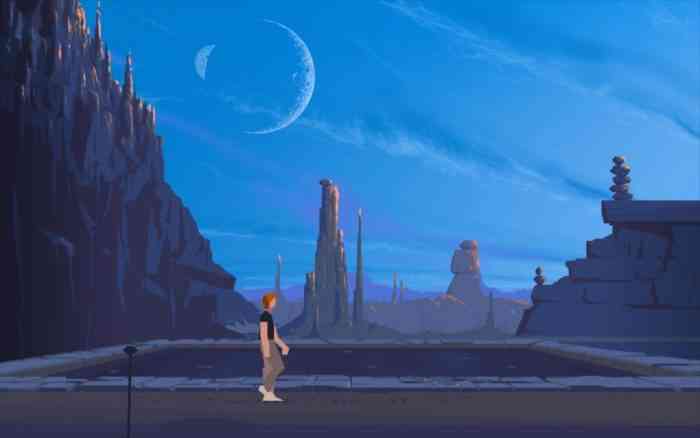 The game’s method of teaching through having you face those ruthless threats brings up another point. It can be hard to figure out what to do. Like being slapped on the knuckles with a metal ruler, you know that you’ve done something wrong, but you still may not know what the right thing to do actually is. Players will spend time fumbling around in the dark, dying frequently as they try to figure out what they’re supposed to do next. This is where the game really shows its age. In more modern games, tips and hints are often readily available to players. This wasn’t true at the time of the game’s release, and Another World is no exception. At any given time, there is no indication whatsoever of what you should be doing. Granted, this isn’t always a bad thing in games. Games can make great use of withholding information if the solution to a problem is intuitive. This comes down to a concept known as “conveyance,” or a game’s ability to convey to the player the rules of the game world. Proper conveyance allows players to use what they’ve previously learned to navigate more complex issues. Another World does the opposite, forcing a player to try every combination of actions they can think of to find a way to move forward.

One particular instance has the player coming upstairs, where they find one of the enemy aliens behind a wall. The player could easily destroy the wall and kill the alien, as they typically have to do if they want to avoid dying, but trusting their intuition here would doom them and prevent them from progressing. Instead, the player has to position themselves on the opposite side of the staircase, destroy the wall, and wait for the alien to roll exactly four grenades down the stairs before killing them. These grenades destroy the floor of the screen below, allowing the player to progress. This kind of solution can only be discovered by trial and error, and gives some indication of what a new player should expect from the game. 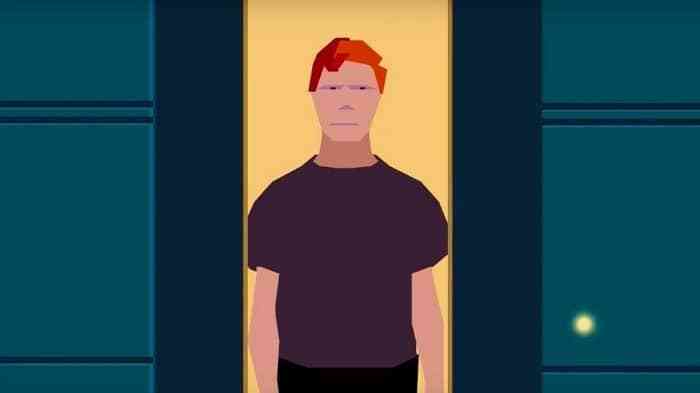 Another World is an important part of gaming history, and was a stand-out title upon its first release. However, by modern standards, the game is probably more valuable as a glance into how games were changing in the early 1990’s. The art style is dated, but still stands out nearly three decades later. The updated graphics offered in the port offers a coat of polish while still maintaining the spirit of the original. The controls are clunky and awkward, but they contribute to the aesthetic of the game in a revolutionary way. The lack of conveyance is something that can be largely forgiven when you consider the creativity in how the problems were designed to be solved all the way back in 1991. Were Another World to be released today, it would be torn to shreds by critics and players alike, but there’s a reason that it received the acclaim and cult following that it did. The way I see it, there are  two reasons to buy Another World on the Switch: 1) You grew up with the game and already love it, or 2) You want to understand an important part of the history of cinematic video games. Another World, faults and all, is still a classic. 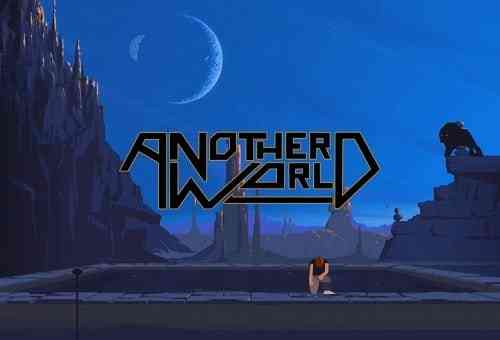