WWE Supercard: Season 4 Hands On – A Season of Change, Refinement, and New Beginnings

I only heard about WWE Supercard recently; namely, when I received an invitation to a preview event for its fourth season. I dabbled in the game briefly in preparation for the trip, finding that, while it had an interesting core, it was drowning in an overwhelming UI that made me feel completely alienated from the action on-screen. Matches saw me half-heartedly tapping on cards, thinking, “Maybe this will be useful”, to little effect.

For the uninitiated, WWE Supercard is a mobile card-collecting game in which you build decks of popular wrestlers to compete in a variety of game types. Each mode features some sort of power struggle between the cards that are played, and the battles are depicted as literal fights between the two cards. Both your card and your opponents’ strut into the ring, face-off, and pull off flashy special moves until only the stronger of the two is left standing. It effectively takes some fairly simplistic “War” style card mechanics and makes the whole affair more visually appealing and diverse with the fight animations and card collecting, respectively.

At any rate, I was flown out to Seattle by 2K Games last week, where I was driven to visit Cat Daddy Studios: the dev team behind Supercard. I got to spend a few hours completely immersed in their latest season for the title, with all the gameplay tweaks and upgrades it entails. I’m still not totally sure if it was the longer play session (my first pass at the game only lasted around 20 minutes), or if things have been streamlined that much, but I found myself a lot more comfortable with navigating the UI by the end. On top of that, as someone who’s never really followed wrestling, I was – dare I say it – excited about playing more of the expansion once it released.

“Supercard could stand to be a bit more newcomer-friendly, but this season certainly seems like a step in the right direction.”

Now, yes, there was a bit of “wining and dining” that went on during my visit, so I’ll try to eschew my opinion and focus on the things longtime players and newcomers care about: the changes. Billed as a “rejuvenation season” by the dev team, the goal with season 4 of Supercard is to revitalize the title to attract new players, while also laying the groundwork for further updates as the season progresses.

One of the most prominent changes is the overall presentation. While the UI can still feel a bit cluttered at times, welcome changes like a universal deck editor make it easier to handle your different wrestler loadouts without spending hours navigating through menus. Unique arenas and loading screens for each game mode keep them feeling distinct and appealing. Animations have been updated to be more game-mode-appropriate and dynamic; fighter cards in the “Money in the Bank” mode will actually climb the ladder and go for the briefcase, which injects some welcome personality into matches. Certain support cards have been updated with appropriate visual feedback when used; there’s something incredibly satisfying about watching your wrestler card club its opponent in the face with a trash can. Between all the visual tweaks, Supercard does a great job of portraying the spectacle of wrestling, despite its paper-thin protagonists. 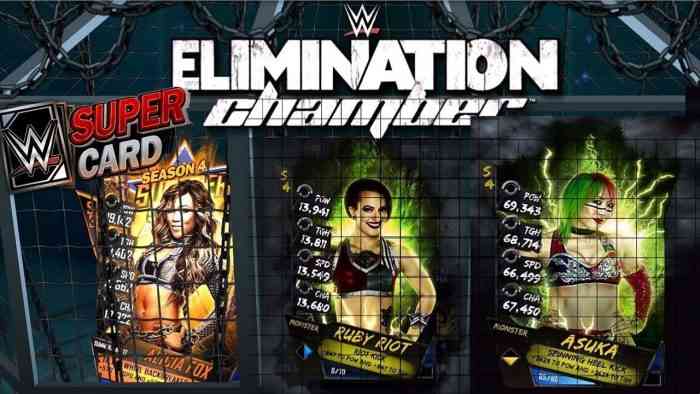 If you’re into card collecting or looking to power up your deck, season 4 has you covered. Three new tiers of cards have been added: Beast, Monster, and Titan. Each of these are progressively rarer versions of popular wrestlers, and reflect power spikes accordingly; some of the level 0 Titan and Monster cards I used in the demo had stats exceeding 60,000! In addition to these, there are over 250 new cards, including popular figures like Adam Cole and Ruby Riot, as well as old favorites from previous seasons and legends like Macho Man Randy Savage.

Of course, all these powerful new cards may have some players worried about balancing issues; after all, there can be tens of thousands of points of difference between a Rare-tier card and a Beast-tier card. According to the dev team, this is something they’re cognizant of but confident that, despite some potentially unbalanced matches in the early part of the season, matchmaking will balance out as more players gain access to the powerful cards. Eventually, things should settle back so that players with 15,000-point wrestlers aren’t facing players with 100,000-point cards.

“Between all the visual tweaks, Supercard does a great job of portraying the spectacle of wrestling, despite its paper-thin protagonists.”

The game modes have also seen significant work done on them. For starters, the mode currently known as “Ranked” has been renamed to “War” and added to a weekly rotation of game modes along with Royal Rumble and a new mode: Elimination Chamber. The latter is the game’s first “female-only” mode, which sees players building a deck of female wrestlers to throw down in a game of deck memorization and luck. Basically, each player is dealt one card face up and another face down. They then get to choose which to throw into the ring; the one with guaranteed stats, or the mystery card. The winner gets tossed into a discard pile to be reused later, and the loser gets eliminated from the match for good. Unless you’re supremely lucky and end up with a deck of entirely identical cards, be prepared to memorize your deck so you can make the best decisions possible; I lost count of the number of times I accidentally threw out a fantastic card because I thought there could be something better lying in wait.

There have also been some updates to the existing King of the Ring mode, the most prominent of which is the ability to enter a new match as soon as you get eliminated from your current one. At present, losing a King of the Ring match forces you to wait until the match concludes to re-enter; something that can take several hours. Speaking of which, the time for a full game has also been cut down, so even if you’re chasing first place, games shouldn’t last more than 24 hours. 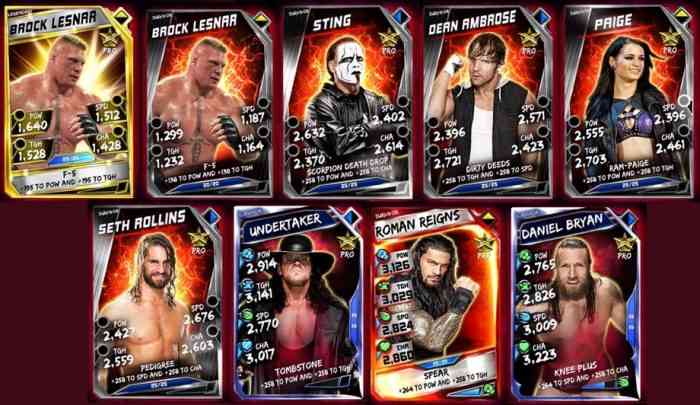 Additionally, the ranked system has been overhauled to use 30-player leagues with unified leaderboards. This means that less-experienced players don’t have to spend all their time at the bottom of the global leaderboards; if they’re at least able to move up on their league ladder, they can still achieve special rewards. Even then, players who rank at the bottom of their league get some rewards, ensuring that everyone can feel a sense of forward momentum. These rewards improve according to your placement in your league, based on a four-tier system. Break into the platinum tier for your league, and you’ll have some fancy rewards headed your way. Plus, if you often play in the hopes of ranking high, you can be rewarded with momentum slots at the end of each week, giving the chance to unlock powerful buffs for your wrestlers that can boost you even higher in subsequent weeks.

These are just some of the changes that can be found in season 4 of WWE Supercard, with much more to come as the season progresses. Features like a new quest system for earning tickets and the ability to use your unlocked “attitudes” in chat are smaller things that help to keep the experience engaging and fun, whether you’re diving in daily or dabbling here and there. The developers even suggested that they were considering the possibility of adding offline functionality later on, at least for deck customization and the like.

I won’t deny that I could be biased in favor of the game thanks to the trip, but I maintain that there’s something to be said for the fact that it actually made me care about a sport I knew nothing about previously. I still think that Supercard could stand to be a bit more newcomer-friendly, but this season certainly seems like a step in the right direction, while keeping all the features that fans of the game have come to love. Hopefully, the foundational nature of this season update holds true; I look forward to seeing how the game continues to advance now that the update has rolled out. 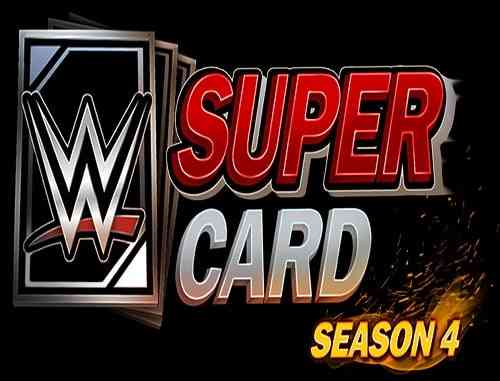 You Can Now Batista Bomb People in Gears 5