Back in August we had a chance to send a writer to New York City to get an advance look at the upcoming WWE 2K16. Our man Patrick came out of that event genuinely excited about the game with some great insight to what fans could expect. When I was selected to go to this second WWE 2K16 event in San Francisco, California I was stunned. My bosses were aware that I knew almost nothing about wrestling, right? The last time I watched a wrestling event was back in the attitude era. Y’know, that special time in the WWE that championed ideas of deep introspection and what it means to be a man in today’s society, summed up perfectly by the phrase: “Suck it!” Yeah, it was a magical time to be a wrestling fan.

I joke, but I genuinely enjoyed wrestling as a youth and the idea of stepping back onto the sweat drenched canvas to catch up with the current story lines has been swimming around in my head for quite some time. So I went to the event as a relative layman, but that gave me a unique perspective. Hopefully I can translate that into something interesting worth saying. Here goes.

WWE 2K16 is largely the same game as last year’s edition and chances are that you’re okay with that. Of course the graphics have been upgraded and the animations smoothed out but in general, fans tend to agree that the game played pretty damn well overall. The problems stemmed from the modes. MyCareer was a major letdown that became a common issue for sports games transitioning to the new platforms. 2K is hoping to make this year’s more engaging by introducing a Mass Effect-like reputation system into the post-match. Players will be given the opportunity to react to the match they just had with a series of prompts that will shape how they develop as a character, ie. whether they turn heel or face.

“MyCareer was a major letdown that became a common issue for sports games transitioning to the new platforms. 2K is hoping to make this year’s more engaging by introducing a Mass Effect-like reputation system into the post-match.”

But that seemed to be their one big change to the MyCareer mode. At the very least it was the change that was most talked about by the PR people. It feels like it’s too small to really fix the issues that fans had with last years game. This was further verified by the echos of: “That’s it?” from the longtime series fans in the room. I have no doubt there are a bunch of little changes to the mode that’ll tighten MyCareer up, but I have a feeling it’s mostly going to be the same mode. That one is going to be hard for fans to swallow.

The other mode that was being shown was the Showcase. If you’re unfamiliar, it’s the mode that spotlights a single wrestler and you play through the highlights of their career. It’s actually a pretty cool mode, but again, it was largely unchanged from last year. Although this year’s version will allow you to play through the career of fan-favourite Stone Cold Steve Austin. That seems like it’ll be a pretty big deal to wrestling fans. Hell, I even want to give that a shot. I was able to watch a series vet playthrough an incredibly long match with Steve Austin and Bret ‘The Hitman’ Hart as he tried to complete a series of mid-match objectives for the bonuses that it rewards. I get the impression that people enjoyed the showcase mode so the fact that it’s mostly unchanged might not be a bad thing. There was no official comment on whether more Showcases would be added as DLC, but I wouldn’t be surprised. 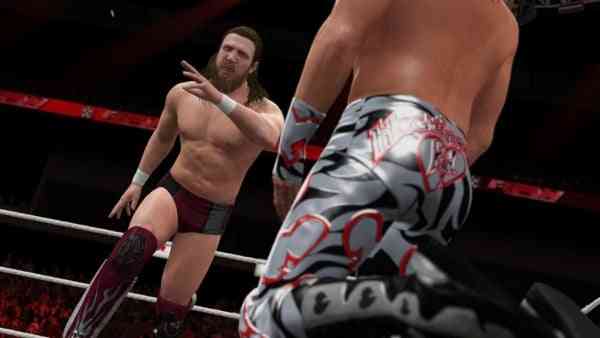 And finally, the roster. Don’t worry folks, It’s huge. It’s got the biggest cast of the franchise so far. I don’t have the exact number on me, but if I recall correctly it was over a hundred WWE Superstars. I kept hearing: “Oh sick, they put in [insert relatively b-list, but also highly adored wrestler here]!” from the diehards at the event. There’s a list over on the WWE website with the as-of-September-15th announced roster.

At the end of the event I was given the opportunity to interview the gloriously bearded Daniel Bryan and I took the chance to get his perspective on what makes wrestling worth watching. I was interested in hearing his most persuasive argument on how a newcomer to wrestling could get satisfaction out of it and what makes it a worthwhile sport. His response was insightful, well articulated, and compelling. I’m not ashamed to say that I now have a man crush on this person. 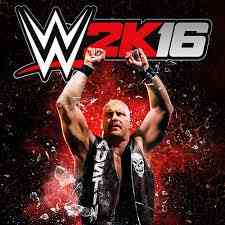