When we first saw the announcement for Windbound, gamers were immediately intrigued by this latest open-world survival epic. Immediate comparisons to Breath of the Wild were bound to happen, however, the more intense survival mechanics and driving need to press onward make for a much more fierce and dire situation. Windbound has a rich and intriguing narrative, one that wants you to see it through while still getting the full survival experience. It’s a tough act to balance but Deep Silver is on the right track.

You’ll immediately notice the striking art style which draws the comparison to Breath of the Wild. It’s got a fantastic visual aesthetic with excellent cues for tracking the movement of creatures and knowing which objects can be interacted with. Waking up on an island, Kara has faded memories of what happened but knows she must press on. You’ll find the starting supplies you need for crafting a raft and basic gear as well as some prey animals to hunt for food. Windbound does a great job of introducing you to the mechanics and build system, albeit there is still a lot of experimentation to be done to know what works best for you.

Moana Meets Breath of the Wild

Kara feels like an experienced explorer. Climbing, sneaking, and general movement feels quite solid. Landing a jump can sometimes see her slide an extra step which – as I discovered – can be quite perilous when up high. Falling from a great height will see her hit the ground hard and take a large portion of damage. They animated the impact and sound of her breath bursting out of her chest just a little too well to really drive home the dangers of your actions. Despite being a more open world experience, the game is broken into something akin to chapters with each one having set tasks and a number of islands to explore. Each island is large enough to cautiously traverse for new supplies and items, but only offers enough to top up your essentials and set you out to the next island. This made me feel encouraged to look around, but definitely avoid dawdling.\ 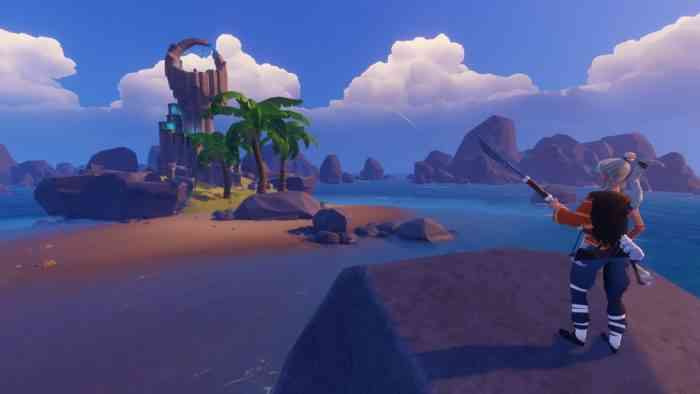 I wasted far too much time on some islands looking in every nook and cranny “just in case,” only to realize my stamina was running low and there was no more food to replenish my appetite. I had to race to the nearest unexplored island in the hopes of finding some berries or a small boar who might be packed with delicious meat. I soon discovered one cannot simply carry around raw food until later, as it will spoil in your inventory and become putrid. While it’s perfectly logical, it also made me rethink how I approached my inventory: do I stock up on food supplies “just in case” or should I cook a few steaks for later? There is limited space for things to carry – even if you craft a bag to carry and a jar for your raft – so managing your items is crucial.

The most important item you’ll have in the game is your raft. It is your only means of getting from island to island, and as you progress you’ll get new parts to add on to make for a better, faster, safer raft. I had a small straw canoe I could paddle around which was phenomenal – traversal on the water felt great and I had to pay attention to the waves to maximize my speed – however as soon as I added a sail it became much more complex. It can be raised and lowered, as well as tightening or loosening the rope. That all makes sense. However the sail is only effective by getting it at the right angle with the wind. You lose the ability to paddle with your oar once you have a sail and, while you can definitely move faster with it, if your next island happens to be upwind you are in for a fight to get there. While I appreciate the realism, I would have much preferred an option to drop the sail and simply paddle to my next destination rather than perpetually fight the wind or abandon my raft to craft a new one. 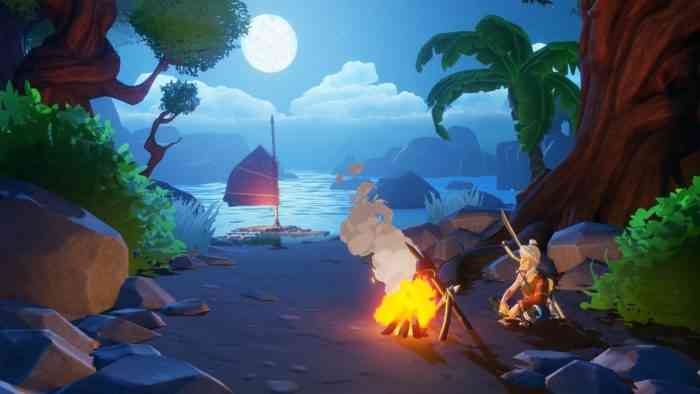 Prey animals tend to run when you approach – of course – so your first ranged weapon, a grass sling, is ideal for knocking them down. It takes a little getting used to and I am grateful you can collect the spent ammo, but hunting didn’t become fun until I unlocked the bow – which thankfully was fairly quick. Stalking through the grass, fully charging and lining up the shot, it was an excellent and somber moment. The game doesn’t want you to kill everything, just do what you must to survive. Encountering more dangerous creatures was a different story. Ranged weapons take a long time to reach full power. Playing with a controller, the dodge mechanic was tied to the equivalent of the Z- targeting from the N64 days, albeit on the left trigger. It didn’t seem to lock on, however, only lock me in place and allow me to dodge. It felt off to say the least, and when a beast is charging full speed at you, you’d much rather be able to get out of the way quickly.

The best tactic for me became running a safe distance or climbing to higher ground to pepper them with arrows rather than try for a melee confrontation. Sure, it’s a viable survival tactic but I was hit more often than I care to admit from the awkward melee I experienced. A dedicated dodge button with a longer dodge distance would be far better and I hope it sees some tweaks before launch. 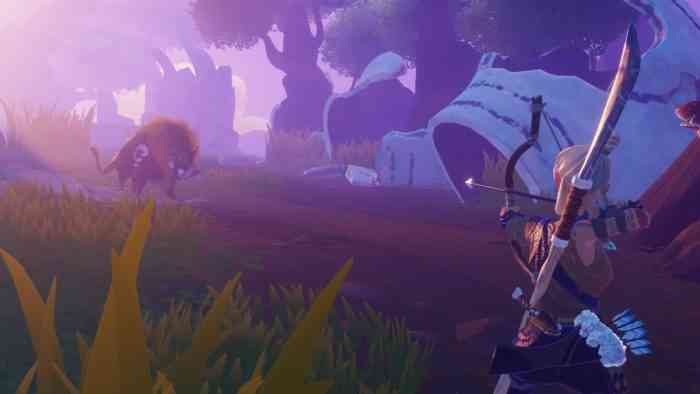 Windbound does an excellent job of straddling the notion of exploring for fun and pressing onward to progress the game. Each island has plenty of resources to collect but holds back just enough to make you continue to the next area. The survival mechanics are spot on, however direct combat felt awkward with a controller in hand. Dodging, focusing on an enemy, and a delay in melee attacks hampered the intensity of the sequence while ranged combat felt great, if a hair too slow for a fully charged shot. It is a game of simplistic beauty with fantastic water physics and the expiring food coupled with limited inventory management keeps the players on their toes while still being a serene and beautiful world. I believe Windbound might just be that contemplative, engaging, narrative focused survival game folks have been looking for. 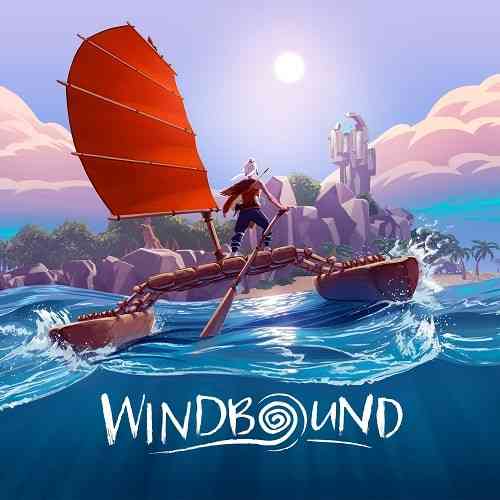 Crime Adventure ‘The Big Con’ Set to Launch on Xbox and PC Soon
Next Ary and the Secret of Seasons is Feel-Good Indie Magic
Previous Final Fantasy: Crystal Chronicles Remastered Modernizes Its Multiplayer