Crisp, Clean, Chained to a Chalice

Crystal Chronicles was something of a strange beast, back in the day. Playing the game at all required two consoles and a connecting cable. Multiplayer meant even more of that hardware, components that would see little use outside of that one specific game. In other words, I didn’t really know anyone who had actually played this game in its original form. Now, Square Enix is reviving the game, adding tons of modern touches while making some curious sacrifices. This begs the question: do we need a modern version of Final Fantasy Crystal Chronicles?

This game heralded the start of a whole new universe within Final Fantasy. Whereas other FF titles were moody and expansive turn-based affairs, Crystal Chronicles was more about action and cooperation. For a lot of people, this represents their first foray into the world of Final Fantasy. So there’s an established fan base that’s pretty hungry for this game. Yet there’s not going to be any local multiplayer. A lot of the nostalgia is tied up in that couch co-op. On the other hand, Square Enix is making sure that it’s relatively easy to pick up and play this game, even if you don’t have a console. Online Crossplay works between both the console and the mobile versions. So maybe players can still play together on the couch, just on different systems. Furthermore, only one person has to pay for it.

So long as the host has a full version of the game, the rest of the party can do the first thirteen dungeons for free. Only paid players can access the post-game content, but a whole lot of it is potentially available at no cost. This is a major departure from the original game, which required a significant buy-in to participate. So between this and the Crossplay, it will be pretty easy to get your roommates, your family, or your significant other in on the action. The next question is, will they want to? 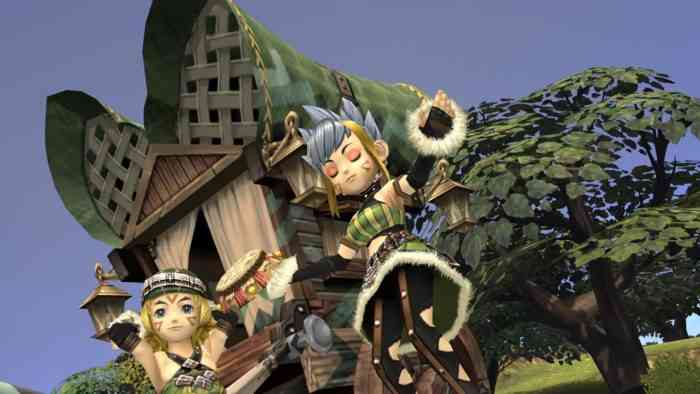 Full disclosure: my time with the game has been hands-off up to this point. In this new age of virtual conferences and long distance events, publishers and developers have to make some big changes in how their product is presented before release. So I know how Crystal Chronicles Remastered looks, sounds, and seems, but I don’t know how it actually plays. What I’ve seen so far is promising, however. Assuming the games’ netcode is solid, we could have a live one on our hands.

First, the aesthetic details: Crystal Chronicles Remastered looks… fine? The game was a charming delight back in the day. Even now, it’s the nicest looking 2004 title you’ve ever seen. The character models in particular have a lot of care and attention put towards them. The environments haven’t aged as well, but that’s fine! The enemies also look great, and that’s honestly where you’ll be spending most of your attention anyway. That is, unless you dive into the Mimic system. You can use this to change your character’s appearance. So far we’ve only seen a handful of alternative options, but the possibilities are as numerous as there are characters in the game.

A Glow-Up From the GameCube Days

That’s not the only change happening, either. The original music composer, Kumi Tanioka, is coming back to do the soundtrack. There will even be a couple of new songs! There have been some mechanical changes, such as the UI, and the casting system. Presumably, this last one was done to ensure online players can sync up their spells properly. Perhaps the biggest change will come with the end-game dungeons, which come with a series of difficulty settings, all of which are likely variations of ‘very hard.’

Do we need a remastered version of Final Fantasy Crystal Chronicles? At first I was pretty skeptical, but a closer look at the new multiplayer, along with the additional content, has me feeling optimistic. Playing together in the original game was just such a hassle. Now, even without the couch co-op, it seems easier than ever to get a game going. We won’t know for sure until the game’s launch, but I think Square Enix might have a hit on their hands. The combat is accessible, the end-game dungeons could get deliciously tough, the graphics are crisp, and Crossplay is happening from the jump. Whether or not you played the original, you should definitely keep an eye on Final Fantasy: Crystal Chronicles Remastered. 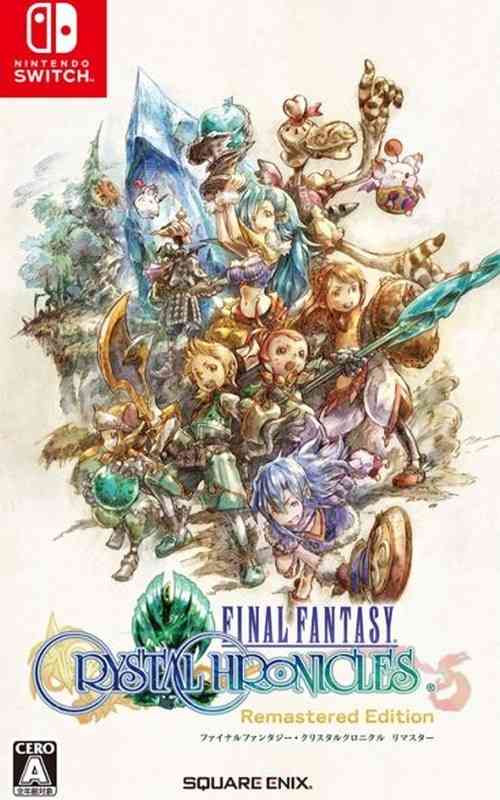