I love salads, and the way you can toss together a bunch of disparate ingredients and create something that shouldn’t work, but somehow does. Playing through a short, preview section of Wild Hearts, it’s hard not to reverse-engineer the mix of games from which it’s made. There’s a heaping helping of Monster Hunter, just for starters. Some Horizon Zero Dawn is in there, too. It’s all rounded out by whatever crafting game is your favorite at the moment. However, make no mistake. Koei Techmo’s Wild Hearts isn’t just a derivative mashup. It has a clear identity all its own.

Wild Hearts takes place in a fantasy kingdom called Azuma, based in large part on feudal Japan. The kingdom you’ll explore is divided into four large regions, each thematically tied to a season, and connected to a hub town. The preview build was set in the spring season area of Azuma. It’s hard not to be impressed by the lush, evocative landscape. It’s a riot of ancient bamboo forests, dark caves, and rushing streams. The world invites exploration.

You play as an experienced boar hunter, but instead of your usual prey, your quarry are kemono. Kemono are magic/natural hybrid creatures. Instead of hunting dinosaurs, you’ll be taking down behemoth boar with mammoth tusks, an animal so huge it sports an entire mossy ecosystem on its back. Or maybe you’ll encounter a fire-infused ape or ice-breathing wolf. If it’s not already clear, the kemono use the elements and organic modifications in both defensive and offensive ways. Not every kemono is monstrous. Some are small and gentle, like deer with foliage entwined with their antlers. 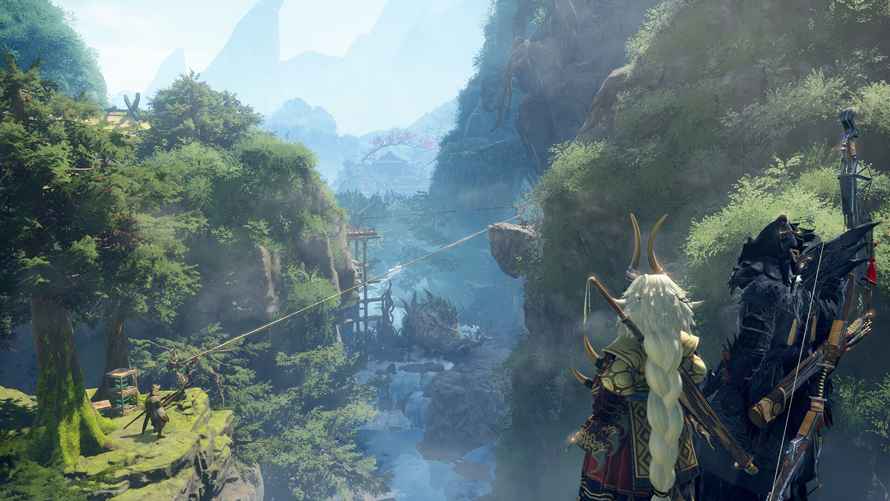 The kemono evolved from animals in very ancient times. At some point, and for some unknown reason, they turned into fearsome monsters. Your task: rid Azuma of the deadly kemono, and return balance to the land. Whether hunting solo or with two friends, Wild Hearts scales its difficulty to be both accessible and challenging.

Tools of the Trade

Games like Monster Hunter have an important crafting component, but Wild Hearts ventures pretty far into the survival/crafting genre. The environment is full of flora, fauna and treasure to find and harvest. Kemono that you’ve defeated yield important crafting materials as well.

In Wild Hearts, crafting revolves around karakuri, which is both a noun and a magical process. There are straight-up weapons like the traditional swords, spears, bows and combat-ready parasols.  Karakuri can be used as weapons against the kemomo, or to explore and tame the environment. Early on, for example, you gain the ability to conjure a stack of crates. You can combine them with your agile climbing mechanics to scale a vertical cliff. Or, you can throw the crates at enemies, or use them as a temporary barrier. 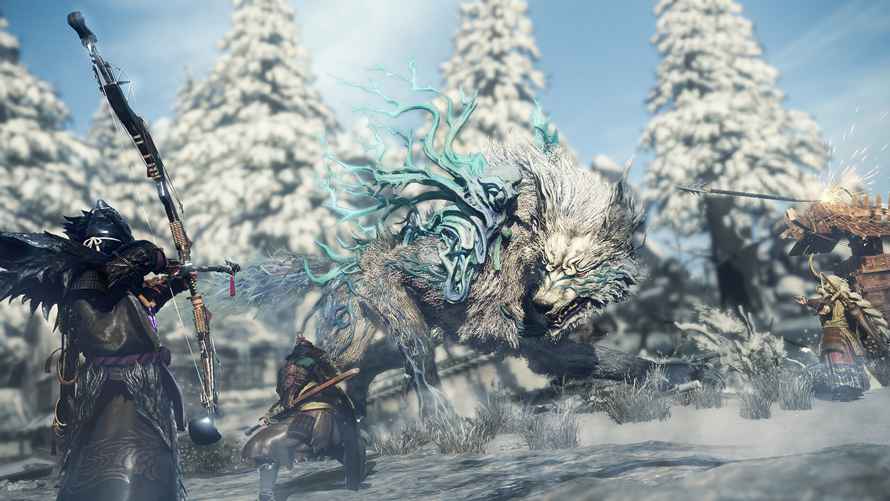 As the game progresses, you upgrade your weapons, armor, and character. Defeating kemono unlocks new and powerful karakuri. You can create zip lines, defensive structures, and explosive towers. There are eight weapon types and each have special abilities, but they also synergize with karakuri. The result is incredibly varied combat.

Combat in Wild Hearts is fast, fluid, and exploding with creative potential. The giant kemono are fearsome beasts with elemental attacks and multiple phases. They have obvious weak spots to exploit, but getting in close or targeting at range is challenging. Like Monster Hunter, probably the most fun comes from working with a balanced group of hunters, each with different weapons and karakuri.

Wild Hearts is several months away from release, but already looks impressive. Richly detailed, Azuma feels alive with kemono of all sizes and shapes. There’s plenty to do, with the main quest, side quests, and narrative coming together to make exploring feel purposeful. While the animations and mechanics will no doubt receive a fair amount of fine tuning, the game is exceptionally engaging. 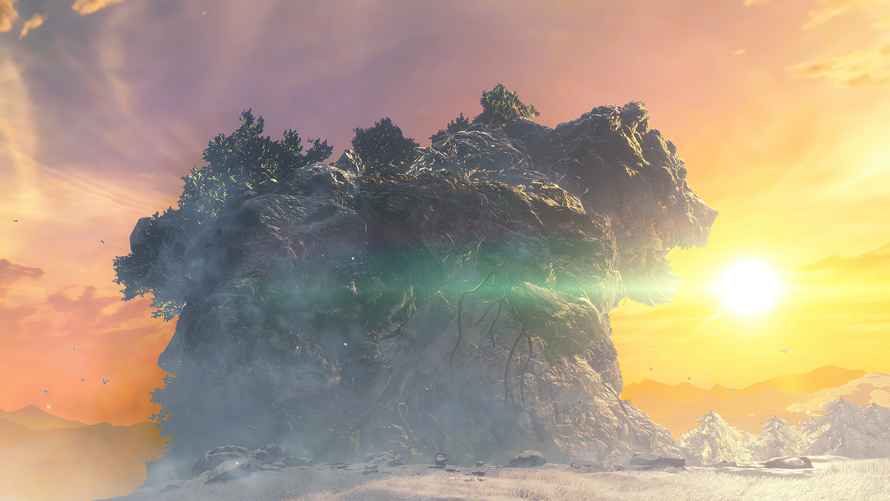 Both fans of Monster Hunter-style action games and crafting-focused survival games will enjoy Wild Hearts. Everything, from the lore to the inventive kemono, makes sense and contributes to the experience. Wild Hearts caters equally to both solo and cooperative players. My time in Azuma was unfortunately all too short, but I look forward to spending many hours in Wild Hearts this coming February.