Have you noticed how video game genres go through phases of popularity? The shooter craze of the 90s, for example. Or, the real-time strategy boom of the early 2000s, or the dominance of Soulslikes right now. For several years, survival/crafting games have been appearing with predictable regularity. It’s not hard to understand why. Survival is something we all can relate to. And deep down, people like to make things. A survival game can be set in just about any environment, from dinosaur-filled jungles to inhospitable planets. Jumping into the very competitive genre is Stranded: Alien Dawn, hitting Steam early access on October 12.

It’s right there in the title: in Stranded: Alien Dawn you play as a group of survivors who crash land on a distant planet. Lucky for you, the planet is relatively inhabitable for squishy, human-type life forms. In fact, it can be downright bucolic. So you set out to complete the kinds of tasks all survivors must attend to. You salvage what you can from your crashed ship, start to decimate the landscape, gather food, harvest building materials, and get about the business of living.

The days and nights pass, and you inch up the tech tree. Your determined little crew builds better shelter, farms, animal pens for the local fauna. You weaponize your community for protection and hunting. The health, mental and emotional needs of your survivors must be met.

If you’ve played RimWorld, you know that it’s a survival game that plays particular attention to the sometimes complex web of relationships between the survivors. Alliances, romances, and feuds erupt and disappear. Most often, these are out of the player’s control, the result of a complex AI working behind the scenes.

One of the pleasures of RimWorld — and Stranded: Alien Dawn — is that the survivor characters, left to their own devices, can essentially manage themselves. If they’re hungry, and there’s food on hand, they can figure out what to do. Point to a bush that needs trimming and someone will take care of it. Essentially, it’s like the Sims meet Lost in Space. If you want to micromanage your little group, you can adjust the game’s settings and helicopter parent to your heart’s content.

Maybe a character is upset or injured. Most often, another character will come to their aid. Sometimes, characters will take a stroll for no other reason than because, you know, self-care is important. For players who don’t want to fiddle with every little thing, Stranded: Alien Dawn lets them focus on the bigger needs of the colony.

Like RimWorld, Stranded: Alien Dawn starts you off with a four-person crew, which you can configure from a deep roster. You want to balance attributes and skills, so that your team has talent in a lot of areas.

Unlike RimWorld’s purposely primitive pixel art style, Stranded: Alien Dawn goes for a slightly stylized realism, which I personally prefer. The planet — or at least the planet in the preview demo — was lush and conveniently bursting with building materials, food sources, and mysterious minerals. It didn’t take long to get the starter colony up and running and the local animals were loathe to attack the survivors. To be fair, I was playing at the easiest difficulty.

Stranded: Alien Dawn has a full suite of tutorials that helps onboard players to the game’s specific systems and controls. Speaking of controls, playing with a controller is certainly possible but I found the thumbstick zoom and pan assignment to be very difficult to tame. I’d recommend sticking to mouse and keyboard for this one.

When it comes to survival and crafting games, players have a lot to choose from. With its RimWorld-like mechanics, inviting graphics, and easy-to-understand interface, Stranded: Alien Dawn is both comfortably familiar and unique enough to make it stand out. I look forward to playing more of it and watching it move through early access toward its final release. 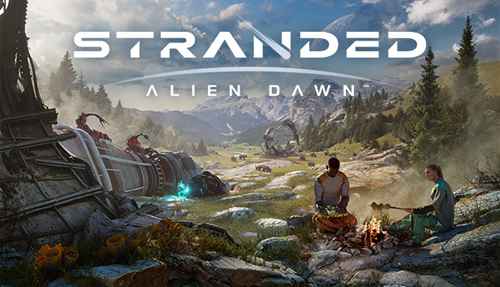