Signalis is a strange little hybrid of survival horror, sci-fi dystopia, and cosmic or Lovecraftian horror. Back in May, I had the opportunity to play a preview build of Signalis. It made me jump out of my skin. Several months later, I got my hands on another build and was expecting more of the same. That isn’t what I got. Instead, my second taste of this game scared me in new and exciting ways. Warning: both the game and its trailer contain flashing lights.

Everything I had already experienced was condensed into an eerily silent and calm 15-minute intro. No monsters, no weapons, no scares. Just a crashed spaceship, an empty cryopod, and the urgent need to get out. Once I was outside, I found myself right at the mouth of the blood pit. From there, I was in unknown territory. The previous demo ended with robotic protagonist Elster picking up The King in Yellow and experiencing a traumatizing vision. This preview will focus on what happens afterward.

Elster opens her eyes in an entirely new place. She’s in the bathroom of the S-23 Sierpinski building and she’s looking for her human Gestalt partner, Alina Seo. Wandering the halls of the re-education facility, it becomes clear that something is very wrong. Replika corpses litter the halls. The building seems to be abandoned. Everything is bathed in faint red light. It’s a very unwelcoming environment, which is just perfect for a survival horror game. And then things get worse.

A Re-Education in Survival Horror

Eventually, Elster finds a damaged but living Replika, Star, who tells her the facility is lost. The best thing they can do is get out of there. But Elster refuses to leave until she finds the woman in the photo she’s carrying. Even after the deceased Replikas begin reviving as monsters, and she realizes she’s not the only one searching for answers… 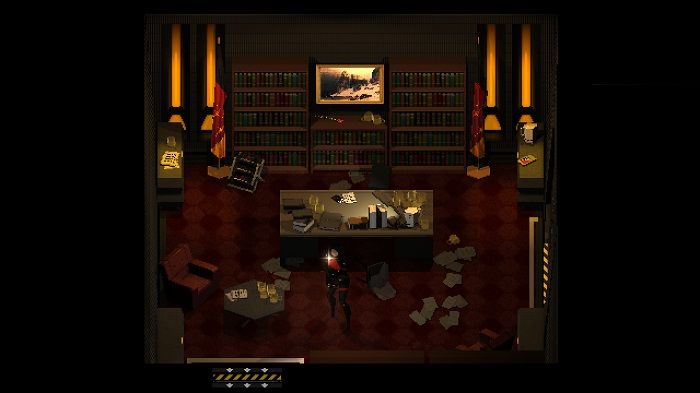 There’s relatively little dialog in this game. Most of the backstory is conveyed through visuals and documents found scattered throughout the levels. This means it’s noteworthy when Elster does get to talk with someone or comment on her surroundings. Most of the time, you’re just left to pick your way through the facility and stew in the choking atmosphere.

Speaking of which, Signalis’ thick, choking atmosphere has always been the game’s main attraction, and it’s only gotten more foreboding. The opening level stripped away the demo build’s industrial soundtrack in favor of letting me marinate in stress and silence. Sometimes, not being able to hear something is worse. I hated the noise the monsters made when they attacked in the demo. Now I found myself eagerly anticipating that scream because at least then I’d know where they were. 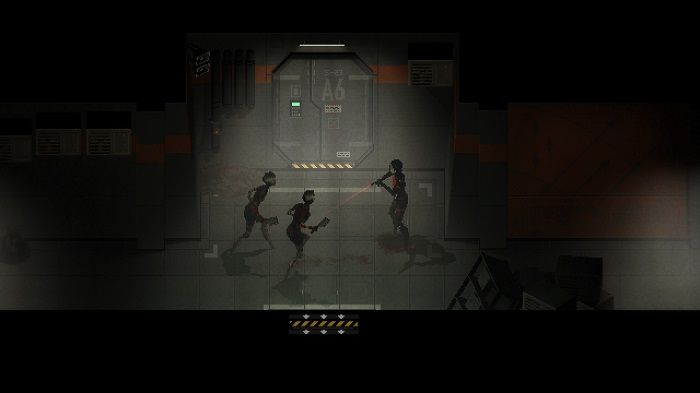 The first time I entered a hallway and a Replika corpse screamed and jumped up, I was relieved. Then I put two rounds through its head and stomped on it. Even so, the uncertainty about whether it would jump up again kept me tense whenever I revisited the area. The dim lighting and shadows did not help matters. I found myself jumping whenever Elster moved too quickly. Knowing that monsters are out there makes not being able to see well absolutely nerve-wracking. Sometimes I jumpscare myself when Elster came out of a door too fast.

Signalis Has the Perfect Aesthetic

In general, Signalis’ art direction is on point. While the anime character designs may take some getting used to, the scene direction is flawless. Both the top-down gameplay segments and the animated cutscenes are tense and gorgeous. The lack of good lighting keeps things tense and the color choice never lets me feel comfortable. However, the lighting does make it hard to tell what’s happening in some locations. This is atmospheric most of the time, but really irritating if you’re sitting in a bright location. 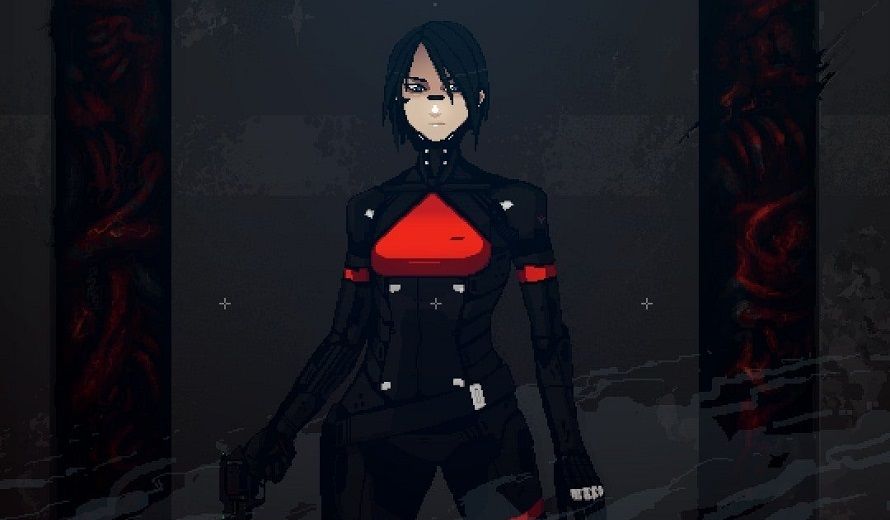 As I mentioned above, in the last preview, there was a discordant industrial soundtrack. This build has much less music and feels far creepier as a result. The main sources of noise are quiet, metallic groaning and Elster’s movements. Propaganda posters on the walls share lore as well as gameplay advice like “you can only carry six items” and “don’t run if you don’t want to be heard.” The save item, an antique TV with a red screen, screams at you. Small touches like this make the setting feel real.

This game is really good at using its map to its advantage. It regularly uses environmental storytelling to create fear in areas where there are no actual threats. The result was a perfect storm of slow-building dread as I walked down hallways that devolved into blood-splattered messes. Realizing I had no choice but to walk past a door that had been torn open with inhuman strength was even worse. Somehow it always felt like a shock when I finally walked into a room to find a monster. Most of the time, the monster didn’t even notice me. I was still terrified every time.

In terms of mechanics, Signalis is solid retro survival horror. You spend a lot of time wandering dark hallways searching for items and solving puzzles. The good news is that Signalis’ puzzle-solving is more logical than the early Resident Evil titles that inspired it. The bad news is that enemies will revive after a certain amount of time no matter what. Running away is definitely the best part of valor.

I spent most of my time wandering quietly from room to room, carefully checking doors. If I saw anything that looked like it might be interactive, I headed right for it. From a distance, it can be hard to make out what’s an item and what’s just background. Fortunately, the game’s interface highlights items you can pick up and most other important objects go on the map. Elster’s machine memory allows her to memorize any document she’s seen. This is really convenient for solving puzzles. 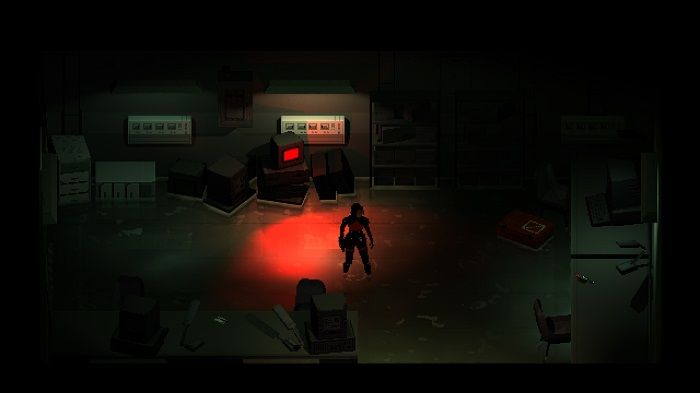 You can get into fights frequently, but it’s a very bad idea. I used up most of my ammo and health packs early on one level. Then I had to sneak around the rest of the floor, holding my breath and timing my sprints. On the other hand, it’s probably possible for people who are better at stealth than I am to avoid fighting at all. Either way, the lack of resources quickly becomes clear.

In short, Signalis is a game about being hunted by physical and psychological threats, but walking further into the darkness anyway. Elster wants answers more than she wants safety. Soon, so did I. I recommend Signalis to fans of retro survival horror games, dystopic sci-fi, and horror in general. But if you’re not up to exploring Elster’s grim world, don’t push yourself. 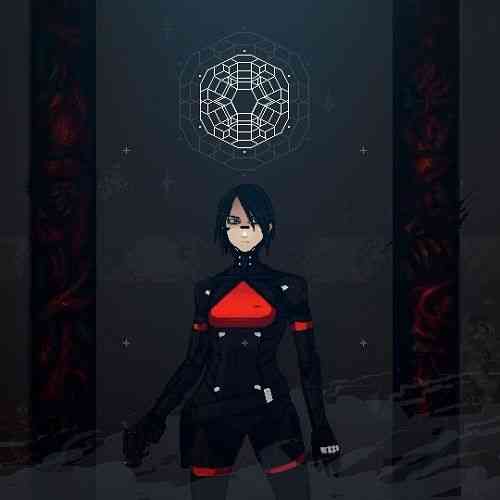