Thanks in part to the runaway success of Stardew Valley — itself a successor to games like Harvest Moon and Animal Crossing — chill farming games populate the gaming landscape like overgrown weeds. It’s not hard to understand why. They combine repetitive yet incrementally rewarding tasks with a sense of accomplishment. There are social and romantic relationships to cultivate as well as crops. A new flower in the garden of farming sims is Coral Island, now in Early Access.

Unlike Stardew Valley and its many brethren, Coral Island has a more realistic, Sims-like art style. It’s a nice change from staring at clusters of pixels. Coral Island’s art is immediately inviting, with vibrant colors and a sense of upcoming fun. There is a rudimentary character creator, but the details don’t matter much during gameplay. It isn’t like you can zoom in close. While we’re talking about characters, there are dozens of them on Coral Island, including the usual array of shopkeepers, helpers, would-be friends, and 28 potential romantic partners. Unfortunately, none of them are voiced.

Accompanying the slightly more realistic look of Coral Island, some NPCs have relatable problems and backstories, like reeling from divorce or suffering from depression and anxiety. At the same time, Coral Island has its share of the supernatural, with monsters lurking in the nearby caverns and trees made of candy. On the one hand, the divergence of real and fantasy makes for variety. On the other hand, tonally it’s a bit confusing. Of course, the Sims are similar in being “realistic” while having add-on packs filled with ghosts, monsters, mermaids, and other fantasy creatures.

You arrive at Coral Island thanks to a witness protection program. Nah, that’s not true, unfortunately. As with most games in the genre, you arrive on the island and are immediately told to get to work. You have a decrepit shack for shelter and acres and acres of overgrown land. Apparently, people have been using your property as a dump, too, because there are piles of garbage everywhere. The game gets you started with lots of expected tasks like gathering wood and stone and planting a little crop of turnips. Turnips. Everyone’s favorite food!

Coral Island’s grind and tasks are familiar but wants you to feel successful and its mechanics are streamlined. You start with all the basic tools you need and you don’t need to fret over a bunch of health stats. It’s great to be able to jump in and get your hands dirty. On the negative side, underneath Coral Island’s art and movement is a tile system. A little weed will block you until you clear it. It’s a bit frustrating, and at odds with the realistic look of the game. The camera is also a bit limited and while foreground objects become transparent, it can be hard to see what you’re doing.

Coral Island is notable for the ways in which it (literally) dives deeper into the ecology of the island. Part of your tasks and life on the island is exploring the coral reefs and undersea world. You realize that the reefs are dying thanks to environmental degradation. The theme of humans destroying the environment sneaks in slowly but becomes a major aspect of the game. Turns out, those piles of trash in your yard were foreshadowing! The question is, do you want to play a chill sim game that reminds you — even gently — about real-world environmental problems?

In the case of Coral Island, you probably do, especially if you’re a fan of the farming/life sim genre and looking for something fresh. It’s still an early access product, with some missing features and some technical hiccups, but its streamlined approach, generally welcoming vibe, and lush island setting are appealing. I look forward to seeing how life in paradise continues to evolve. 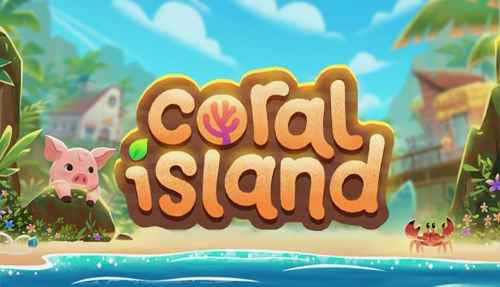 Harvestella, Life Sim from Square Enix, Out Now on PC and Switch
Next The First Few Hours of God of War Ragnarök Are Incredible
Previous Signalis Puts the Dread in Dystopia