Watch Dogs Legion Preview – The World Is Your Crew

Watch Dogs Legion Lets You Be Literally Anyone

After popping up at E3 last year, Watch Dogs Legion went dark. No one heard a peep for ages, until now. Watch Dogs is back, and ready to take on the forces of evil in jolly old England. It’s unlikely to be a complete revolution in the open world gaming space, but Watch Dogs Legion’s secret weapon is alluring as chips. Anyone in London can be part of your crew, and it seems to work seamlessly.

By walking up to and hacking anyone in the world, you’ll find out their schedule, who they get along with, who they hate, and eventually figure out what you’d need to do to get them to join DedSec. I tried this a few times, and it’s amazingly smooth. No matter what character you put into what situation, they’re able to add their own flair to the scene. It’s an illusion, obviously, but my biggest question is how many archetypes have been built into the game. 100? 1000? How many people would I need to recruit before seeing repeat lines? In four hours, I couldn’t make it happen.

I wonder if the lack of a strong singular protagonist is going to damage people’s ability to connect with Watch Dogs Legion. On the other hand, played as more of a silent protagonist with a strong supporting cast, it could just work.

Legion plays much like the older games, but with some substantial upgrades in the feel department. Shooting, driving, and running all feel more weighty than they have in the past. It’s a welcome change to the extremely arcade controls I’d expected. I can’t really give more details about the changes to feel though. We were playing through a streaming server, and my session was unfortunately plagued by control lag. Despite that, I still had a great time. London feels great, and cruising the streets is a legit way to spend your time. Hacking is obviously still a huge part of the gameplay, and the puzzle nature of those sections is a welcome break from the other activities. Still, I’m hoping that there’s some depth to these puzzle segments in the final product – there’s nothing worse than doing a puzzle that’s just you going through the motions.

London itself looks great, with all the locations you’d expect to find accurately recreated. I snuck through the Tower of London as an Albion officer at one point – combined with the current world political climate, the situation felt uncomfortably real. I’ll be really curious to see how many teeth the story ends up having about current events, especially when Ubisoft has traditionally steered away from covering the trickiest of tricky topics.

Of course, there’s an arseload of stuff to do in London. Right down to delivering packages between post boxes. Legion sticks to that more traditional Ubisoft formula in that sense, and you could spend hundreds of hours goofing around. But is that a good thing? Do players still want that sort of experience? My guess is yes, at least for the type of person that wants maximum value from their purchases. Watch Dogs Legion feels like it could feasibly be a game you’d stick with for months on end, but again, it all depends on the depth of the illusion. It seems like the team has pulled the be anyone fantasy off, and time will tell if there are true bones behind the facade. Watch Dogs Legion launches on October 29, 2020. 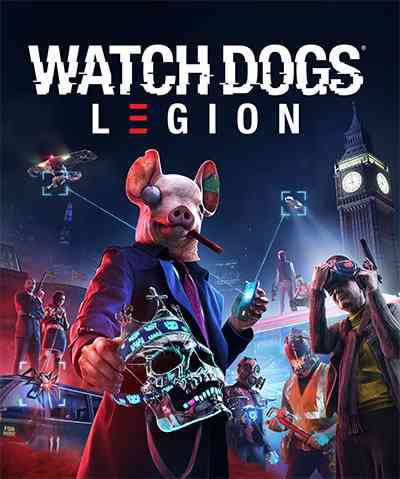