Wartales is an Engaging Turn-based Strategy Game With Variety

Tactical turn-based roleplaying games are a popular genre. Add the medieval fantasy element, and you’re in the wheelhouse of classics like Pillars of Eternity and Divinity: Original Sin. Shiro Games‘ Wartales, now in Early Access, sets the action in an open world. Instead of a story-based campaign, it allows for exploration and discovery and a unique experience every time.

The Edoran Empire has fallen victim to a great plague. One hundred years later, the land is full of treachery, conflict and turmoil. You begin with a party of four characters, the make up of which is determined by your answers to some questions. You might begin with an archer, rogue, swordsman and heavy weapon wielder. As you explore, you can recruit a number of new party members to fill out and balance your group. Visually, character customization is a bit limited. However, build variety is deep and open.

A Tale as Old as Time

As player, you are the unseen manager and while you control the forces, you don’t directly participate. You need to rest the party, pay wages and supply lots of food. If you don’t, morale drops and some may even leave. There is an economic model at play. Adding to your forces is balanced against being able to provide for them. Like any group of hired hands, some like to complain more than others. You almost expect them to start unionizing. 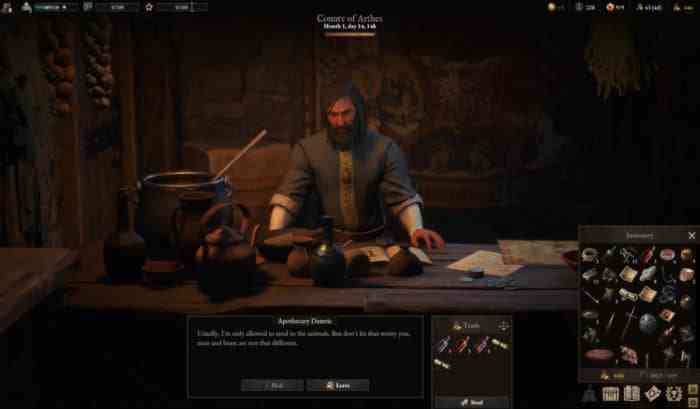 Your party travels across an overworld map. The map has many points of interest. There are resources, caves and camps, towns and many other roving groups. Each one is a source of conflict, information or trade. You zoom from the overworld map to the strategic level to engage in battle, trading or dialogue.

There is a lot to learn and piece together about Edora and its various factions and leaders. There are many opportunities to collect bounties or accept missions. Often these have a bit of political intrigue. For example, early on my party stumbled into a cave of bandits. We could attack them to talk to them. They asked us to kill a nearby military captain who was supposedly oppressing the people. When we confronted the captain, he offered to double the reward for killing the bandit leader instead. We did so, and we actually gained favor with the people because the bandit was terrorizing the area.

Towns are made up of shops and vendors that you can trade with (or steal from), and hubs for quests as well. Likewise, you can trade with or fight the parties you encounter on the road, There are also small groups of bandits or wild animals out in the world as well. One thing I really enjoyed about Wartales was that almost nothing in the world was superfluous. Everything added to it.

When your party makes camp, you can level your characters and choose from not just the usual RPG-type stats like constitution and strength, but passive abilities as well. Naturally, you can upgrade weapons and armor. Wartales doesn’t do a great job of explaining anything. However, there is a tab of tool tips and most gamers with some experience with RPGs can probably figure out the basics.

Wartales’ turn-based combat is immediately accessible, even without a tutorial. It’s also a lot of fun to balance the abilities of the party against enemies and to use the environment tactically. On the medium difficulty setting, Wartales is nicely balanced, challenging but not frustrating.

Reflecting the beat-down, plague-ravished world, Wartales’ landscapes are verdant but muted. These are not scenes of vibrant color, and everything looks like it has a layer of grime on it. That said, the world so far is interesting to explore. Figure models and faces are fairly basic. They don’t distract but clearly this isn’t a game about cutting-edge graphics.

Wartales’ soundtrack is an effective blend of strings and percussion. Environmental audio and battle sounds are both spare. There is no voiced dialogue or narration, and this is one area I’d love to see fleshed out. In particular because the characters in the party are so much part of the experience, I wanted to hear them. 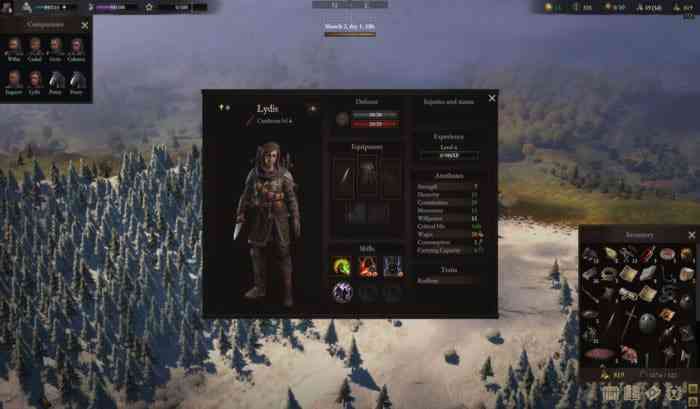 Despite its lack of hand-holding early on, it was easy to become immersed in Wartales’ gameplay. The open world and mission structure create a lot of variety without leaving you feeling overwhelmed by a massive campaign. Its turn-based combat is fun and engaging, and its party system adds an interesting challenge. There are a lot of turn-based RPGs, but Wartales looks likes it’s poised to break out of the pack as it moves towards release sometime in the next year. 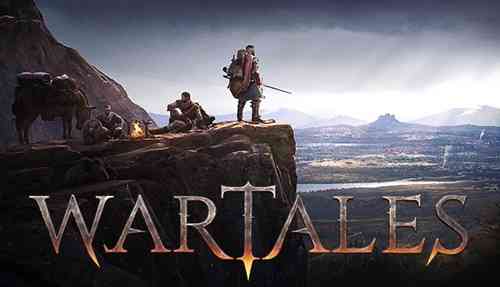