Star Wars Battlefront 2 Early Impressions – Back to the Front Again, My Friends

Star Wars Battlefront 2 looks to have all the same hotness we’ve come to expect from EA’s beloved series, but is it enough?

I had a few moments to dive into Battlefront 2’s multiplayer at the EA Play event last night. After being sat down at a desktop terminal I was enlisted in the droid army. The first few rounds were mostly a lesson in how fragile their bodies were. They’re very fragile, in case you were curious. After a short while, I switched from Assault (a sucker’s bet) to Heavy class, giving me access to a badass laser cannon unconcerned with ‘headshots’ or ‘accuracy.’ There were the other standard classes, of course. Officers and specialists and whatnot, but neither of these options came with an enormous blaster too heavy to properly run with. 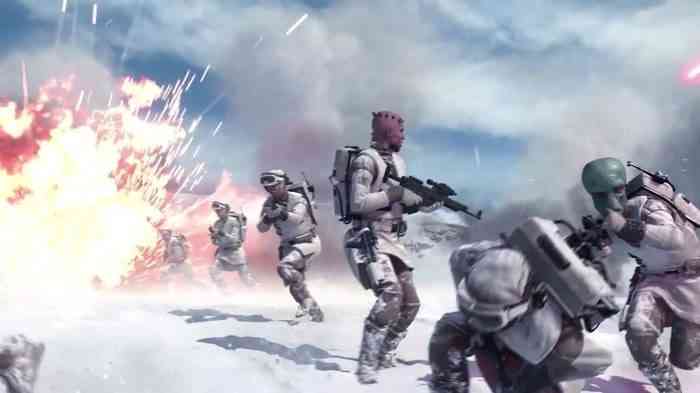 Each match was focused on a concrete set of objectives, like securing certain locations or defending a moving target. Then you slide into the usual routine wherein wave after wave of faceless drones smash into the enemy front until the objective in question is completed or failed. Running parallel to these goals is a point system. Everything gets you points, from kills to assists to operating in a squad. The clone troopers were easy prey, while Rey and Han were a couple of high-powered laser sponges. Eventually, I saved up enough points to buy reinforcements. You’ve got your assault droids, your planes, your tanks. All well and good, but then there’s Boba Fett and Darth Maul.

Tragically, I never got my hands on the Maul himself, but oh my god, Boba Fett. His right click is a jetpack. Since no one else on the field has one, I had the unchallenged high ground. For two glorious minutes, I was an erratically-rocketing menace, zipping around the arena and mowing down fools with a laser rifle. Even Rey, with her murderous countenance and merciless lightsaber, didn’t have a cohesive jetpack strategy. The controls for this brand new (for me) play style felt butter-smooth, which was a real treat. Flying one of the droid fighters was more or less a shopping cart with wings, but this is in line with my usual FPS vehicle experience. Ooh! There was also a lumbering hovertank. In a city. With tiny streets. Not as effective as I hoped it would be.

All of this was a blast, but it didn’t feel especially new. Now, this isn’t to say that there isn’t some hot new content in Battlefront 2. There will be characters and settings and weapons that players haven’t seen before. But these are fresh modifications to an existing formula. There are rumours (and reports and images and official confirmations) that the game’s story mode was previewed to a select few. Unfortunately, I was not among their number during last night’s event. Still, my brief time with EA’s newest entry in the Battlefront series was both positive and memorable. 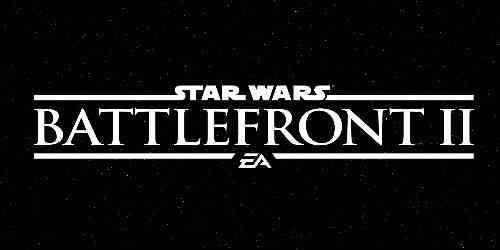