We were recently invited to 2K’s studio down in Novato, California where Civilization VI was one of a few 2K games we had a chance to play. Given the success of Sid Meier’s Civilization V, there is a lot of pressure behind Civilization 6. After my hands-on time, I am happy to report it passes with flying colors!

Fans will notice immediately the smaller details tucked away in the menu’s. Civilization VI laps its predecessor and fixes all the issues I had with the last title. During my playtime, all I could wonder was what players would get in the inevitable expansions planned for the title and how the developers could significantly improve on what is already the best formula in the genre.

I played on the Pangaea map with the Japanese civilization led by Hojo Tokimune on Prince difficulty. Because of the brilliance and near perfection of Civilization V’s core gameplay, I knew I would have to be patient and really invest myself into the latest game to really appreciate the changes. Surprisingly, a lot of what I liked about Civilization VI happened to be the bigger things developer Firaxis changed with this iteration. The most apparent changes come in the way of how cities are managed and expanded wherein wonders and other buildings actually take up tiles in your city.

“Civilization VI laps its predecessor and fixes all the issues I had with the last title.”

Districts are formed and your available tiles dwindle down as structures hog the spaces available. But what may seem like a crutch is in reality a brilliant way of adding another layer of strategy. Gone are the days where your one particular friend – in my case, an older brother – hordes 15 wonders while laughing maniacally on his throne and reaping ridiculous rewards with almost no downside. Doing so in Civilization VI carries the same advantages as in the previous title, but it comes with the disadvantages of not being able to build up food and production tiles that are necessary for survival. I caught myself on a number of occasions pondering my decision to erect a wonder whereas in Civilization V that level of strategy and thought simply didn’t exist.

Also linking with the evolution of cities is the new way workers are handled. And like with wonders, Civilization VI takes what was in V and improves on it significantly as workers are no longer a detriment to your gold-per-turn as they lurk around your cities in the ‘sleep’ mode whenever there are build or improve upon. This time around, builders replace workers and they can only be assigned a limited number of tasks before vanishing from the map. Workers were one of my biggest gripes in the last game and seeing how builders work in motion only solidified that fact. The team at Firaxis went two further by fixing all three of my major problems with Civilization V with aspects of religion and the inability to stack units being the other two. 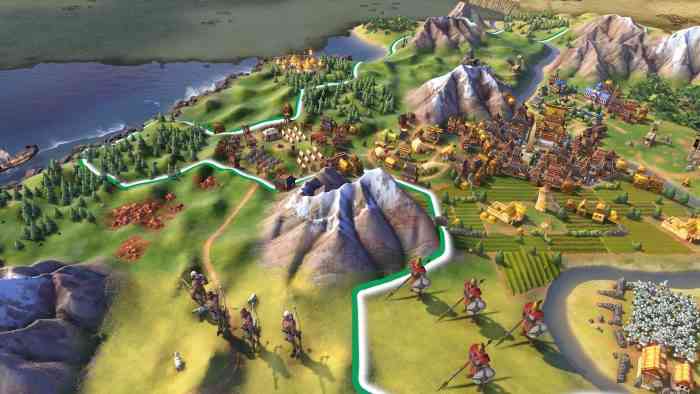 Yes, stacking units is back and although I didn’t get to try it myself, it is surely a simple enough addition to not have to worry about. On the religious side, players can now choose pre-existing religions instead of being slapped with them like in the last game and can now also choose the symbol of their religion. Additionally, changes made in the social policy system are now linked with government in a different way wherein players are to choose from an array of cards gathered through a social policy tree, similar to the research tree, and swap them in and out to attain different bonuses. Obviously, in the three hours I played I wasn’t able to glean anything significant from the new changes, but I am optimistic they will be add more strategy to the game than the social policy system found in V. A neat little addition this time around allows the player to choose a policy or research field further down the line and, similar to moving units a number of spaces, the game informs you how many turns it will take to complete the research thereby not interrupting the player with each passing discovery.

Something I immediately noticed was the slight change of art style from the last game, as zooming out really gives the game an oil painting look about it. The developers at 2K spoke about how they wanted to display a lot of information but allow the player to easily understand what’s going on with a simple glance. The character designs for leaders are also re-done with breathtaking attention to detail and sheer texture quality on every fiber of clothing and facial animation. Getting a ‘greeting’ from the eccentric and foreboding Montezuma of the Aztec civilization was a harrowing experience while the warm chuckle of Teddy Roosevelt enhanced my relationship with the American leader as the graphical detail and artstyle played a pivotal role in my enjoyment of both encounters.

“Something I immediately noticed was the slight change of art style from the last game, as zooming out really gives the game an oil painting look about it.”

Not only does Civilization VI fix what Civilization V got wrong, but it adds on to the already masterful formula of the franchise. Even with all that said, the true depth of Civilization VI will not be known until many months after the game’s release as players pour in dozens of hours and pick the game apart as in my short time it felt like I was learning something new about the game with each passing turn. There’s a lot more to Civilization VI – like new ways to interact with city states and a cleaner UI – but in an effort to not make this read like an encyclopedia, the above is all the important things I gleaned from my time with the game. Civilization VI already surpasses its predecessor from what I have played. If the team at 2K and Firaxis can continue to refine the formula with expansions, the sixth numbered game in the franchise will far surpass the legendary status of the fifth. 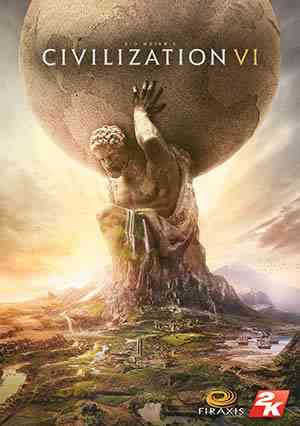 Fanatical Has Some Awesome Flash Deals for Cyber Monday
Next ChronoBlade Hands-On Preview – A Mobile MMO To Be Reckoned With
Previous PAX West 2016: Runbow Pocket Preview – Clever Platformer Mixes It Up