A digital card game turned anime turned video game for the Nintendo Switch, Shadowverse: Champion’s Battle is much more than building card decks and winning against all of your opponents. An RPG revolving around becoming the national champion of Shadowverse, this game follows an unnamed transfer student who is new to the hype, but nonetheless finds they’re a natural at the game.

From learning the rules to recruiting members for the school’s mysterious Shadowverse club, players have the opportunity to slowly learn the basics of the game while building relationships and completing quests with other members of the club.

The first few chapters of Shadowverse: Champion’s Battle shows a lot of promise and provides players with an excellent background of the game’s rules and mechanics. Shadowverse is by no means easy to learn, with multiple classes to choose from and an endless number of cards to collect and add to your deck. Luckily we begin as a character who knows nothing about the game, and with a few practice battles at the start we are slowly introduced to the world of Shadowverse. With this being the first time I’ve played Shadowverse (watching the anime does not count, unfortunately), I was really impressed with how easy it was to learn the game despite the intricacies each card and class possesses.

So Far an Easygoing RPG

Not only do you get to try your hand at the popular digital card game, but you also get to play alongside the cast of the Shadowverse anime. Of course, you don’t really need to have watched the show to know what’s going on, but it just made the experience a bit sweeter. You also get to attempt side quests, find items and treasures, and build camaraderie with your new friends from the Shadowverse club. Each side quest you complete grants very generous rewards, and items such as in-game currency and new cards pop up when you wander around the school and town. 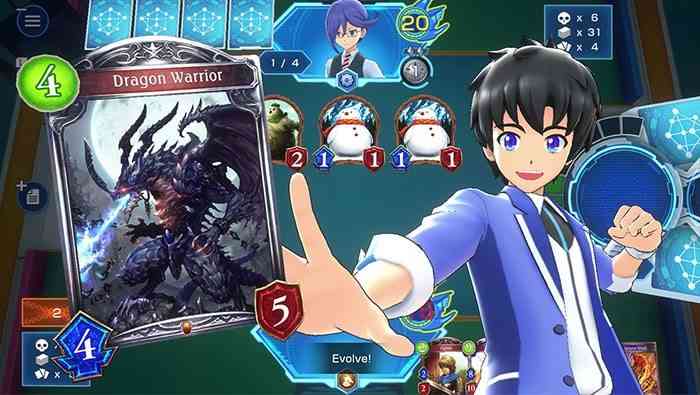 Every battle you fight will allow you to earn new cards and gain rewards, and it is also fun to try and build new decks with the cards you accumulate and purchase throughout the game. There are several different decks you can build, from risk-taking Bloodcraft decks to the heroic Swordcraft decks.

Testing out all of them is the best way to find what’s most suitable for you, and there may also be quests that encourage you to try winning battles by using a certain deck. When you win, you may also receive deck codes that your opponents willingly share with you, so the more battles you succeed in the more goodies you receive. When you lose battles, you can try again and again, and your opponents are always down for a rematch.

Although it has only been a few chapters, I already know Shadowverse: Champion’s Battle is going to be a good time. The level of challenge is just right, with clearly written rules and lots of opportunity to earn cards and enhance your decks. The story is pretty average so far, but if it’s anything like the anime I’m excited to see where it goes. With the game’s release set for August 2021, I am looking forward to continuing my character’s journey to becoming the champion of Shadowverse. 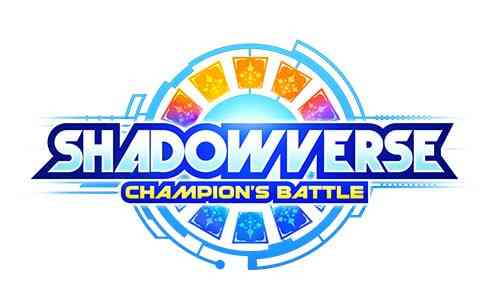 Anna’s Quest Review – A Wonderfully Twisted Fairy Tale
Next Encased Adequately Riffs on Some Genuine Classics
Previous Life Slows Down in a Fantastic Way in The Sims 4: Cottage Living