Sometimes, things aren’t what they seem. It’s true in life, and it’s certainly true in video game narratives. Scars Above is about a team of astronaut scientists investigating a massive structure floating in space. They don’t know what it is. They have ideas, but the Metahedron – the big, floaty, inverted pyramid thing – has a surprise in store. What happens after the ship and its crew is sucked into the Metahedron is the story engine that drives Scars Above, an upcoming action game from developer Mad Head Games and publisher Prime Matter.

Scars Above begins on the ship rocketing towards the Metahedron. You play as Dr. Kate Porter, a scientist investigating the mysterious, massive alien structure. As the ship draws closer, the commander gives what is literally the longest monologue in videogame history, an inspirational speech that would make some of Captain Kirk’s rambles sound like haiku. Without warning, the Metahedron’s gravity takes over and things spin out of control. Kate suddenly wakes up screaming on the surface of a planet, somehow and somewhere. Her task is to survive, find her downed crew and ship, and decipher what happened.

Confronted by apparitions that lead her forward, Kate begins to explore, though most of the flora and fauna are deadly. Kate recovers a weapon and she finds stone towers that serve as save points, because video games. Although her path is mostly linear, there are small side areas to explore with bits of lore or items to pick up. When she dies, she returns to the last tower she rested at. 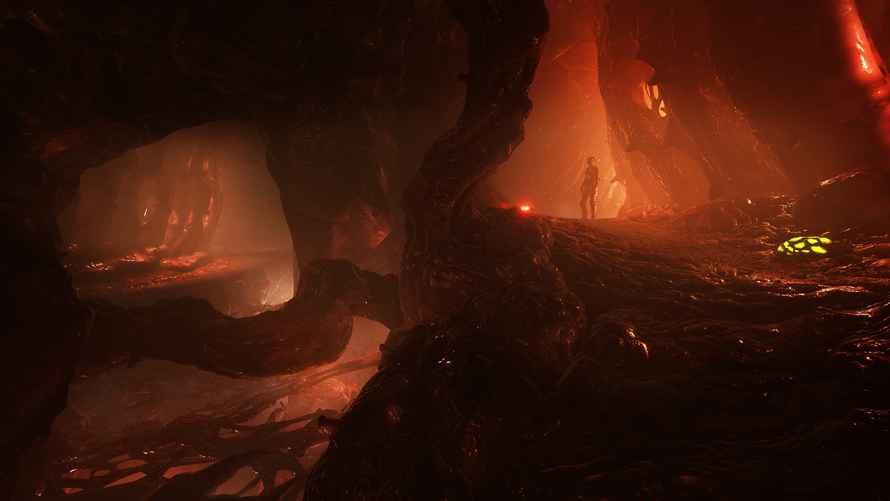 Because Scars Above is squarely in the tradition of other third-person action games, its mechanics are pretty familiar. Playing Scars Above is really just a matter of noting its particular approaches to healing, inventory, skills, and movement, to name a few. I wouldn’t exactly call Scars Above a Soulslike.

I’ve Seen That Movie Too

Not to be reductionist, but like all forms of entertainment, Scars Above pulls ideas from other games in the genre. There’s more than a bit of Returnal — minus the roguelike and bullet hell elements — mixed with Alien, Mass Effect, Dark Souls, and even a nod to No Man’s Sky. That’s not a bad thing. Those are all good games. The challenge for Scars Above is rising above its influences and creating a strong identity.

Scars Above is one of those action games where you never quite have enough ammo, healing items, or crafting materials. Every new area is a tense challenge the first time until you know where the dangers are and what you need to survive. Scars Above does a pretty good job of keeping Kate’s abilities and gear just on the edge of being under-leveled. It takes quite a while before she has enough tools available to move confidently through the world. Kate has a deep and useful skill tree to explore, and I can envision playing the game more than once to try out various combinations. 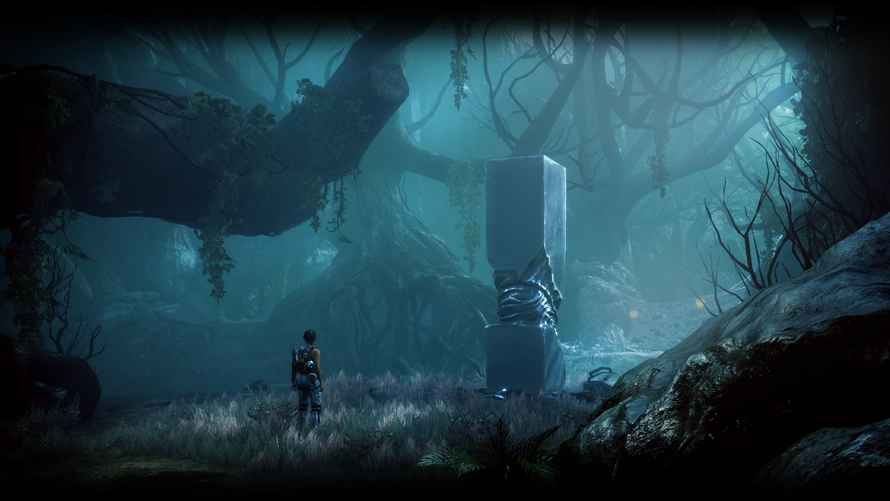 Some of the game’s mechanics could use a tweak or two. New lifeforms need to be scanned, a process that takes a very long time. Kate has to laboriously open each latch of a container. Her roll and climb abilities are mapped to the same button, and it’s a bit fiddly to access the climb animation. On the plus side, the game’s weapons are fun and effective, though their specific elemental properties mean they’re only useful against enemies that are weak to them.

To Boldly Go Where Other Games Have Gone Before

Graphically, Scars Above won’t be mistaken for a big-budget, bleeding-edge sci-fi shooter, but it looks very good. The music is creepy, electronic, and mostly ambient textures that amplify the setting and mood. The voice work is decent, too, though the script is on the bland, over-expository side. Overall, the world and story feel less like organic creations and more like the scaffold for a game. 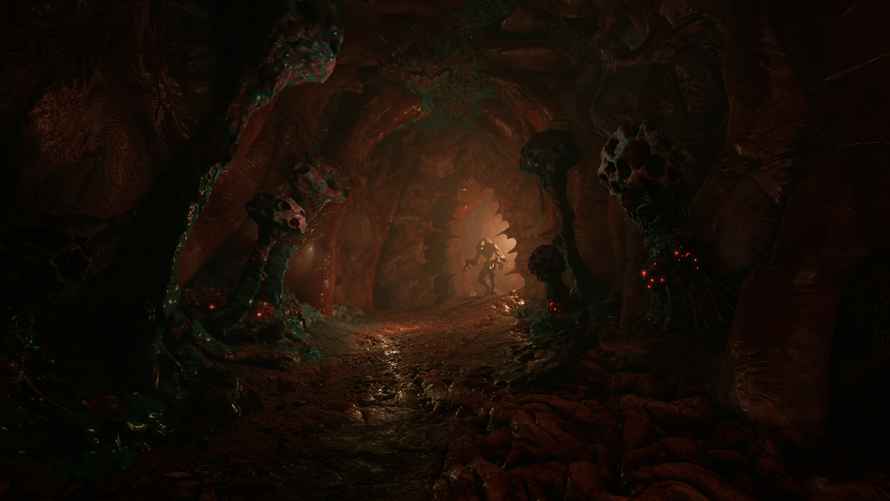 While nothing so far about Scars Above really surprised me, that doesn’t mean it isn’t fun. It is. Action RPGs are my go-to genre, and playing Scars Above is a comfortably familiar experience with enough challenge and new ideas to make me pay attention. I look forward to seeing Kate’s journey through to the end when Scars Above releases on February 27.