The Makers of Mad Max and DOOM Do Not Disappoint

id Software has built an award-winning reputation for their first-person shooters, but they’ve never brought an open world to match, which makes Rage 2 a curiosity. I wanted to find out whether gunplay would cast a gigantic shadow over the Apex engine, and whether Avalanche Studios could keep up with the fast-paced carnage. Long story short, I wasn’t disappointed. At a preview event in LA, I discovered a story inside a world that felt amazingly built for the gunsmiths behind DOOM.

My first concern about Rage 2’s open world was put to rest when I spotted friendly characters. The demo began in Wellspring, where the Golden path puts the player character, Walker, face to face with the town mayor. Within the post-apocalyptic hub, immediately, I found some interesting folks. Random NPCs drop missions /tips about enemy-infested hot zones. In every brief exchange, the characters explain their backstory, what they want you to do, and why they want you to do it. No signs of fluff or a dialogue wheel, but I was just happy that the world felt alive and inhabited.

There’s a very clear string of missions, but free roam was too tempting for me, especially since the Phoenix, our trusted hellraiser on wheels, was available from the get-go. In a sleek car bedecked with cannons, I sped toward the first question mark on my compass to test the dynamism of Rage 2. And en route to my distraction, I was distracted by a random car chase. No exposition, just an old driver calling for help as two gun-gilded four-wheelers closed in on his shoddy vehicle. I chased after them and felt the rush of a Mad Max movie, so embraced the furious road of twisted metal and blood-spattered seats. The gratification was instant. 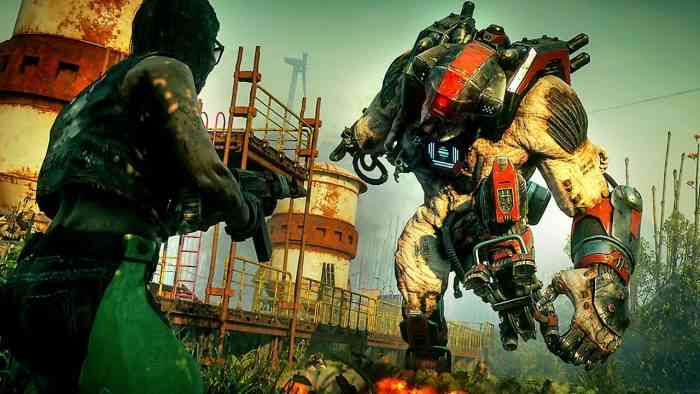 The car chase led me to another distraction, a sewer related to one of the game’s many so-called Projects (we’ll get into that later). Inside was a giant mutant hoarding some cash and car parts, waiting. The sewer brought another microcosm of enemies and secrets cut off from other biomes. After wading through contaminated water and mutant remains, I discovered the chest guarded by our killer monster. Alongside some awesome goodies, his death awarded me three Project points to spend on ability trees. Again, there was never a plan involved.

After the sewer, I ran into another car chase when a settlement entered my route. I found a tank… just parked nearby, so I switched vehicles and blew the living hell out of the nearby Goon Squad compound. Not only did I get some loot but inadvertently completed another Project. By the time the smoke cleared, I had finished a whole series of side activities without resorting to the map, which demonstrated just how condensed and organic the events really are. Moreover, my exploration didn’t seem to trigger any of the activities. Throughout multiple points in the demo, my escapades landed me in the middle of firefights. Anywhere you go, you’re liable to stumble upon firefights, bosses, and odd circumstances. For a post-apocalypse, the world feels remarkably alive. 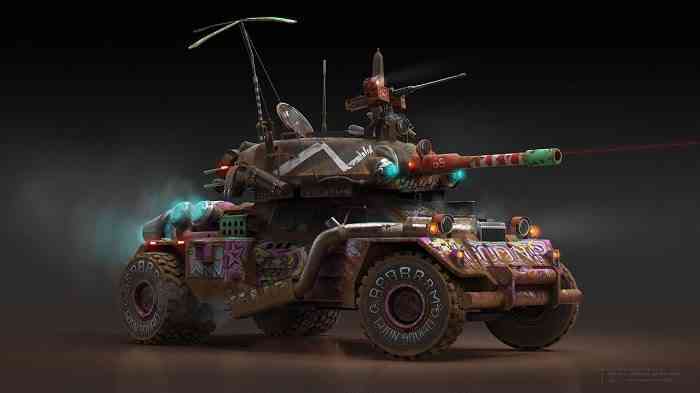 Quick note: faction-related activities in Rage 2 pass at the player’s chosen pace. The reward is Project points to spend on skill trees for upgrades, passive abilities, and a wide range of opportunities. While faction skill trees are unique, the points they award work anywhere. During my playthrough, the world gifted points like candy. Which is to say they don’t feel like a laundry list or fetch quests, as we see in many open-world games, and I think players will appreciate that.

There was never a lull in between side activities, so when I finished my antics, I had all but forgotten the main quest. Nearly everything there is to do is rewarding, so much so that the narrative was like the seasoning to this meaty game. A few batshit cutscenes, however, made the main story well worthwhile. Watch a few YouTube videos and you’ll get a feel for the Rage 2 narrative, but first-hand, the insanity has escaped the insane asylum. There are half-naked people in bear masks, bloody reality television, and some of the most crazed characters in any game not made by Gearbox. My misadventures built my hype levels for the rest of the game because, as soon as I started, the speed went from 0 to 100 and stayed near the peak. After one and a half hours of that, I parted with a question. Can the game really maintain that breakneck speed of fun? Maybe.

Speaking of fun, I almost forgot the guns. id and Avalanche have developed another arsenal of crazy, sci-fi weaponry. The weapons combined with the fast movement make combat feel fluid, perhaps even more fluid than DOOM (2016). I might be so bold as to say the guns are worth the price of admission alone. One of the beauties I tested was a grav-dart gun that, when fired, can float enemies anywhere you want. Throw them to the sky, throw them to the walls, bounce ’em like balls. The physics is on full display and enhances the playground experience with every new gun.

The common denominator I caught through every nook and cranny of Rage 2 is the aesthetic. It’s a surprisingly vibrant post-apocalypse, character-wise too. NPCs are as colorful as the wasteland, and just as gritty, with dialogue and quirks that made me draw parallels to the Borderlands series. I’ll say it right now; if you’re a fan of Borderlands and Gearbox, you’ll right at home in this crazy world. Just don’t get lost in the comparisons, or you’ll sell this game short. 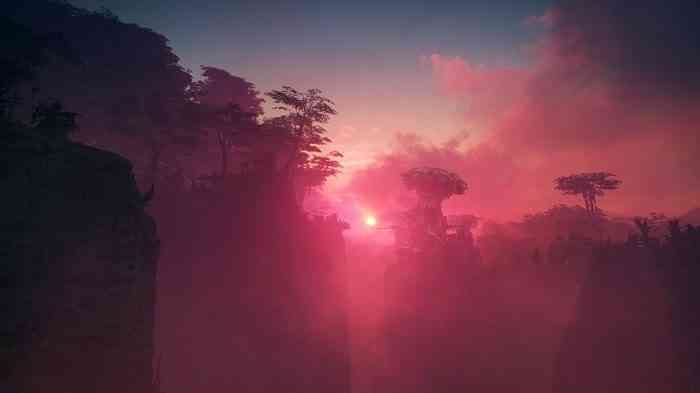 After an hour and thirty minutes of carnage, Rage 2 successfully whet my appetite. You’ll find plenty of studios who can develop big maps, but this has to be one of the densest worlds I’ve seen, though the driving probably contributes to the seemingly non-stop action. Still, I never hit a snag, never caught a fetch quest or hit a task that felt like a chore. The experience was like jumping from one party to another, and that was before I even started the main quest.

Doom Eternal: The Ancient Gods – Part Two Gets New Teaser, More Info to Come This Week
Next Civilization VI: Gathering Storm is Everything I Hoped For
Previous Is Anthem Poised To Fulfill Its Destiny?