Quake Champions has left Steam Early Access.  This is the free-to-play spinoff of the original Quake game’s landmark multiplayer shooting. Developers Id Software and Saber Interactive launched the title back in 2017.

Quake Champions mixes the rocket-jumping FPS fun of the original game with some more modern hero style characters with special abilities.  Players can deploy these characters across the course of a match. 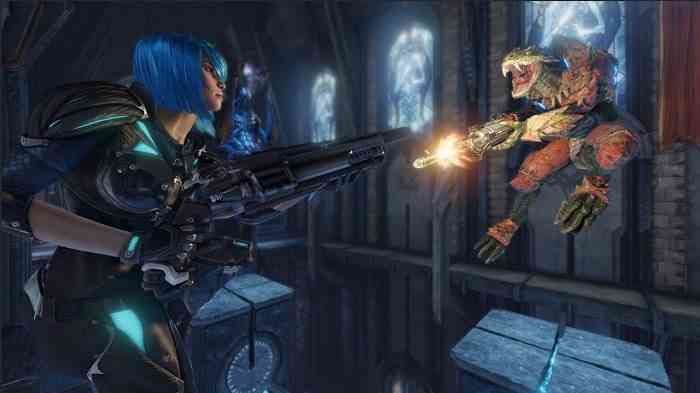 Devs have also been pretty consistent with frequently updating the game over the last five years. They even add more playable champions to its existing roster. This is in addition to a new feature that gives players the opportunity to play against bots.

However, the game was in development for a relatively long time. With that said, many fans believe that the new content that devs added was not as huge as they had expected. This is probably due to the fact that its success was not as massive as other character-led shooters like Apex Legends.

Still, Quake Champions offers a perfectly enjoyable multiplayer experience. In addition to its release on Steam, it is also part of PC Game Pass. Many fans might think this is pointless, especially considering that it is a free-to-play title. However, Game Pass Ultimate subscribers have access to a lot of its perks.

For instance, all of its 16 champions will be available from the get-go. Examples of such characters include BJ Blazkowicz, Doom Slayer, and some more familiar Quake Champions characters like Visor and Ranger.

It is also worth noting that Quake Champions is not the only game within the franchise that became part of Game Pass. Quake 4 is now also part of the service. These releases are all part of the ongoing QuakeCon festivities. The event will run through today and will conclude tomorrow.

The Long Dark Tales From The Far Territory Has A Lot of Content
Next
Looking for an Online Casino? Here are 5 Signs to Know They’re Legit
Previous
Kojima Production’s Death Stranding Set To Launch On PC Game Pass