At PAX West developers had a field day exploring the possibilities of VR, but Raw Data had to be my top choice for immersion. It was an eye opening demonstration of how far we’ve come since Virtual Boy. Earlier this year at E3 we awarded Raw Data the Best VR Trip of 2016. I tried it out on the HTC Vive and I can say it 100 percent earned those merits.

Elite Hacker in a Futuristic Japan

The story is set in the city of Neo-Shinjuku, 2271, a less-than friendly Eden Corporation created an army of sinister robots and you are an elite hacker from a group called Syndik8 who are infiltrating their tower to collect “raw data”. Your goal is to escape and take them out along the way, think Mr.Robot meets I, Robot. The demo was one level set in a room with a console in the middle so it’s unclear how different the environments will be; however, it was confirmed you will get to go outside levels in the tower with the futuristic city as your background. 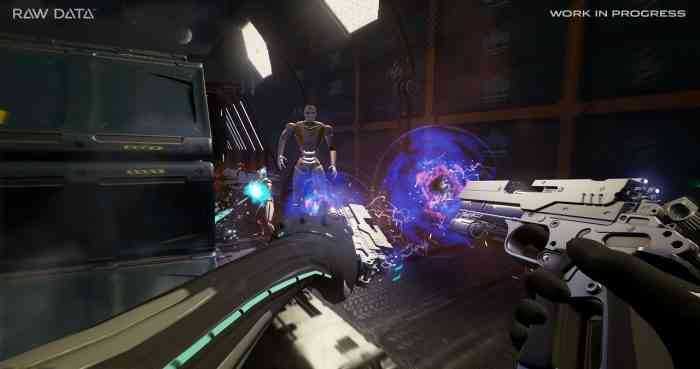 Raw Data has two characters that use ranged and melee weapons. I chose Bishop the Gun Cleric who duel wields pistols; optionally you can choose Saija the Cyber Ninja who uses a sword. Click the side of the controller reloads your guns and moving is used by looking at the direction you want to go and shift there. You can’t freely walk around, instead you teleport wherever you look. At first, I was iffy on the concept but when I started porting around like Nightcrawler shooting robots on each side of me you get the sense of “whoa, I’m the shit”.

The HTC Vive managed to simulate the movement accurately, watching my teammate flail around shooting was a constant laugh. We were pit against waves of oncoming robots that progressively got more difficult. There were a couple times when I turned around to find a machine creeping up behind and I flinched. My team mate came to the rescue and blew off his head and I pointed at him in approval.

Raw Data was the only VR game that really made me forget where I was when I took off the unit. The smaller details enthrall you such as characters mimicking your body language and facial expressions. I thought about how this could be a glimpse into how people will communicate in the future, we already do it with our cell phones so anythings a possibility. 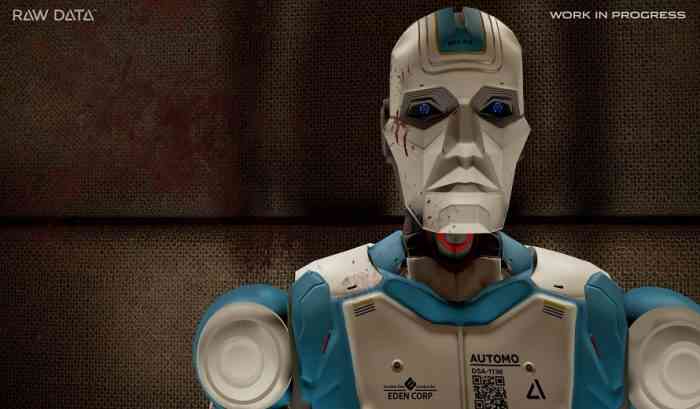 Raw Data takes VR to exciting new directions exploring how co-op can become a more engaging and social experience. These pioneering efforts are what we need to inspire other developers to harness this immersive technology, being able to wield two guns and shoot through hordes robots is made better with the fact you can do it with a friend. 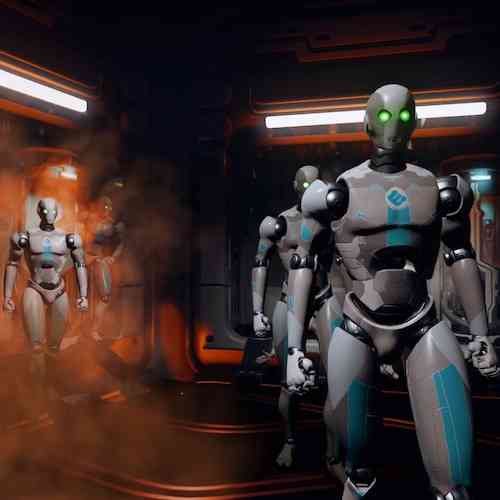