PAX West 2016: The Metronomicon – Dancing Your Way To Victory

Sometimes there are games that you play that you can’t stop thinking about. It’s fun and it’s addictive and you simply cannot wait for more. At PAX West I was able to get my hands on The Metronomicon, and talk to one of its developers, Danny. Metronomicon throws an RPG and a rhythm game into a pan and presents itself as a beautifully colored cake that tastes equally as good!

Developed by Puuba, The Metronomicon plays similarly to Dance Dance Revolution, where you have a track and notes will fall vertically down, tasking players to be ready to hit the appropriate keys either on the D-pad or face buttons, to the rhythm of the music. Choose from different characters for strategic game play according to what you need to get past the next boss. Only bringing four characters with you into battle, you can customize characters skills and move-sets to better help aid them on their journey anywhere from attacks, party buffs, traditional magic with elemental properties as well as healing abilities.

To attack, players will have to rotate between characters by hitting the bumper to initiate their next move. If you completely finish a wave of notes and bump to your next character, the previous character will have used whatever skill you equipped them with as a level 1 attack. Say, for example, you want a specific character to use a curative spell that’s level 2. You’ll have to successfully complete two waves of notes for that character to use that spell. If you decide it’s now or never to attack, by completing a third wave your character is now able to use its most powerful spell, attack or buff, depending on what you have equipped them with. Keep in mind, the higher the level that that skill is on, the more powerful and effective it will be. Utilizing its gameplay in this way adds a great strategic layer to the game and gives the game much more depth than your standard rhythm games. 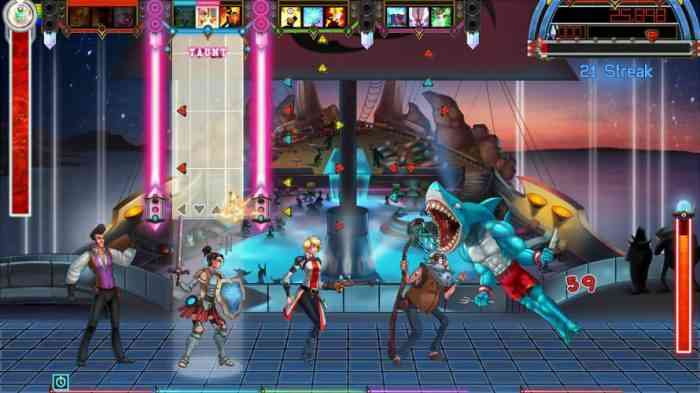 The Metronomicon has a full story mode with over 50 musical tracks which plays as each level of the game. The songs themselves are officially licensed tracks, with a few original tunes, one in particular by JimmyUrine (Mindless Self Indulgence), with the hopes to add more with future DLC content. The game will also offer side quests, item drops, and a Tavern Brawl-style arena that offers up challenging and unconventional conditions with special items.

As a Rhythm RPG, its creators wanted to keep the strategic elements of a good role-playing game but to also speed it up. The game offers fun characters, a solid and wacky storyline, strategic elements and some really great tunes. And with the colorful and fun character design, this is a game that will be dancing into everyone’s homes. Does the cake reference make sense now? Puuba was able to bring different ingredients together to make something that looks great and is fully functional.

The Metronomicon will be out on Steam on September 29th, however, pre-orders are up now to purchase the game with an art book or/and the soundtrack. 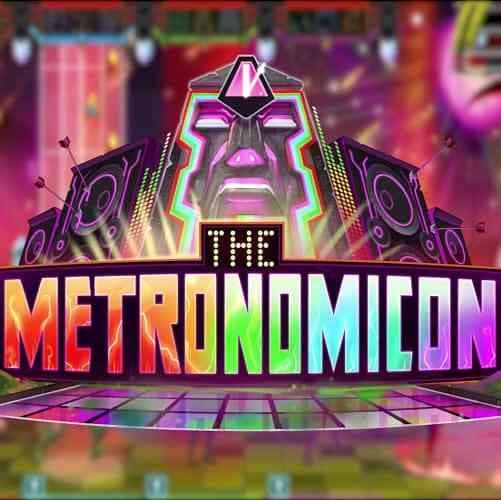