The fighting game is currently experiencing a renaissance of sorts, thanks to Street Fighter IV’s successful return back in 2009. The last decade has been a new golden age for fighting fans, as there have been both sequels to beloved franchises and brand new brawlers to enjoy. Omen of Sorrow falls into that latter category, bringing an all new fighter to the arena with an interesting Victorian London aesthetic. It doesn’t reinvent the wheel, but the game looks like some spooky punchy fun for the fighting fanatics out there.

Playing Omen of Sorrow doesn’t feel any different than other fighters. The controls are commonplace, with the directional pad moving the character and four attack buttons (light punch, heavy punch, light kick, and heavy kick) for fighting. There’s a grab button for throws and an EX button to enhance attacks, but that’s it.

It’s All About The Characters

What makes Omen of Sorrow stand out is its characters, all of them based on some sort of supernatural being of lore. Gabriel is half-vampire hunter and half-angel, and as you can see in the video above his super move calls more to his heavenly side. Caleb is a werewolf that bears a striking resemblance to Sabrewulf from Killer Instinct, using sharp claws and speed to take out enemies. There are twelve characters in total, each one with this monstrous vibe that’s really cool.

I played two matches in my demo, which doesn’t sound like much but it did give me a feel for how this game is going to work. The first match I chose Adam, a hulking Frankenstein-ish character that plays like a Blanka/Zangief hybrid. When he’s not driving opponents into the ground with big throws he’s zapping them with channeled electricity. This guy fits right at home into my style, and I’m anxious to get more time with him in the full release.

I faced off against Dr. Hyde, an obvious reference to Jekyll and Hyde but with a much different theme. This doc is a mad scientist, using different potions in matches to buff himself and weaken his opponent. Healing potions, poison potions, and more are in his arsenal, making him one of the most utility-heavy characters in the game. One look at his move list made my head spin and I wasn’t even using him. He seems complicated, but in the right hands, I bet Hyde becomes top tier quickly. 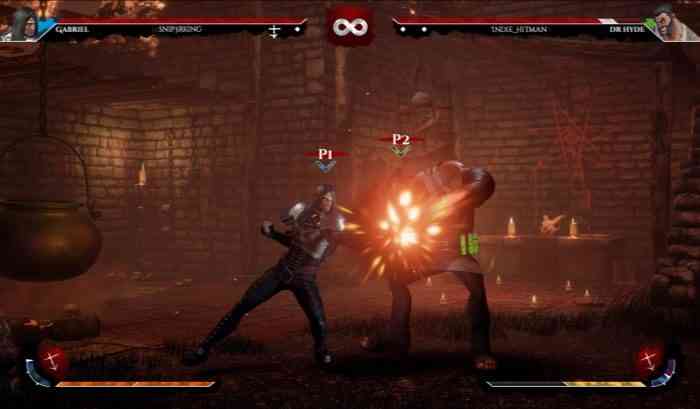 The second match saw me face off against the aforementioned Caleb with Radegonga, a voluptuous demon woman with wings. She’s a quick one, reminding me of Marvel vs Capcom’s Wolverine with her quick attacks. Her only weird quirk was her dash sending her into the air (thanks to her wings) instead of straight ahead, which could set up some fancy combos with time but in a short demo took me off my game. That said she was a solid character with some cool moves, particularly the super where she summoned jagged rocks for multiple hits.

This was an early Omen demo, and I’m willing to forgive the game for these issues, but playing the game was not as clean as I had hoped. The controls didn’t always work the way I wanted them too, some moves not responding to my button presses. There are some advanced mechanics to learn as well, like Bold Cancels and the Blessed/Doomed moves using the two meters below, but the demo did not present them very well. I understand that to a point, this is a brief demo after all, but at least mention these higher-level abilities in case I want to try them.

There’s plenty of time for Omen of Sorrow to iron these issues out, nothing I played here seemed like it was a game killer. For a game I hadn’t heard anything about before I played the demo, I find myself really looking forward to it. Could it be the next Skullgirls, an indie darling fighter that lives for years thanks to its fanbase? Absolutely, and I hope that’s the case. Omen of Sorrow deserves a look when it launches later this year, just try not to get too spooked. 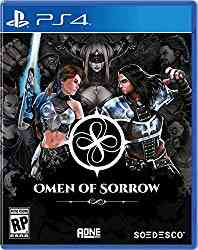 Among Us Developers Reveal the New Roadmap in a Fast-Paced Trailer
Next Jiggle Physics Aside, Dead or Alive 6 Looks & Feels Fantastic
Previous Yakuza Kiwami 2 Breathes New Fire Into an Old Dragon