Real-time strategy RPGs come in many forms. While some games have you managing whole armies in order to win the day, Masters of Anima narrows its focus down to a single hero and his various summons. This reduced scope gives you both more and less control over the action. You can order around individual guardians, yet there’s a little less strategic variety. After spending a bit of time with this game, I’m cautiously optimistic about the final product.

Masters of Anima is a single-player real-time strategy adventure wherein you learn various kinds of summoning magic to re-assemble your fiancée. A hooded villain named Zahr is responsible for scattering her throughout the land, using her various magical essences to power horrific golems. Unlike some other fantasy stories, the protagonist is actively against the idea of saving the world. At the very least, he’s entirely focused on putting his fiancée back together. Never mind that some tyrant is busy undoing the bonds that hold the world in place. I’m both sympathetic to his focus and appreciative of his initial reluctance.

“Switching between different kinds of units ended up being the death of me on several occasions.”

A good real-time strategy game requires surgically precise controls. Masters of Anima doesn’t always succeed on this front, at least not so far. The frantic pace kept me accidentally hitting buttons too fast, which led to different teams being pulled off of their current assignments. Using special abilities is kind of touch and go, although this is due to the same sensitivity of certain commands. Switching between different kinds of units ended up being the death of me on several occasions. If you call back all your protectors twice in a row, you drag your whole army away from their positions. Whether this is an issue with the controls or my chosen control setup is unclear. For what it’s worth, I’ve little time or tolerance for any real-time strategy system that uses a gamepad. Keyboards are more difficult to wield, but ultimately more precise.

Combat is a relatively simple affair, with your summons executing basic attacks on their own. You can manually trigger different specials for different units, but the AI won’t do the same. Units have to be moved out of harm’s way on a regular basis, as they have no sense of self-preservation in the face of imminent death. If you can master the timing, your special attacks can mean the difference between life and death. While the mechanics of combat are easily grasped, there’s a steeper learning curve in their strategic application. This is to the game’s credit. The best strategy games are easy to learn, yet hard to master. 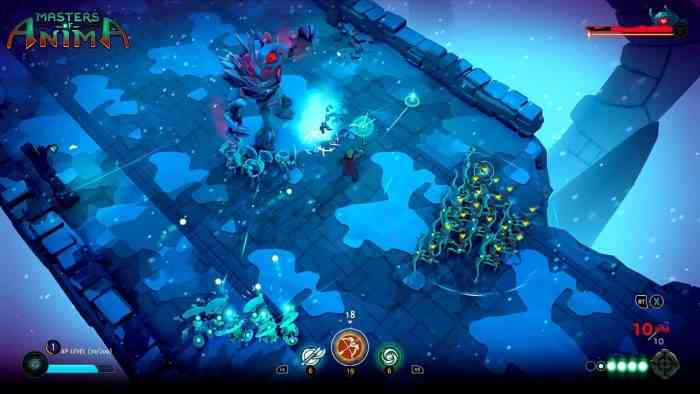 When not in combat, there are environmental puzzles to solve using your summons and their abilities. The ones I encountered were fairly straightforward, with you manipulating objects in order to make progress. If you unlocked a particular guardian recently, chances are they’ll be used to solve the puzzle in front of you. The puzzle sections are a good place to brush up on the game’s mechanics and controls. Activities like gathering, dividing and commanding certain units gain new relevance after you’ve survived your first boss battle.

“If you unlocked a particular guardian recently, chances are they’ll be used to solve the puzzle in front of you.”

My most serious stumbling block during my short playthrough ended up being resource management. When in the midst of a protracted boss battle, you tend to chew up a lot of Anima. Summoning guardians and executing specials is terribly draining, especially when you have to do it repeatedly. It’s hard to determine whether or not this will be a problem in the full game, but the slice I played through had me scrambling for resources on a regular basis. It’s possible filling out your skill and upgrade trees will help remedy this issue, but I didn’t have a chance to explore this option. You don’t realize just how expensive summons are until you watch a boss wipe out seven of them with a well-placed attack.

I liked a lot of what I saw on display here. The aesthetic presentation is polished. The graphics and the UI come off clean and crisp.The voice acting is solid, though sometimes the writing was a bit dull. My problems were centered around pace. Masters of Anima alternates between feeling frantic and slow. I can’t outright condemn the game for this, as I have little patience for gamepads in RTS games. Although I found myself frustrated at times, I recognize that the story and puzzle sections are instrumental in teaching certain game mechanics. If you’ve got a soft spot for controlling armies of magical soldiers, Masters of Anima may be what you’re looking for when it comes out this Spring. 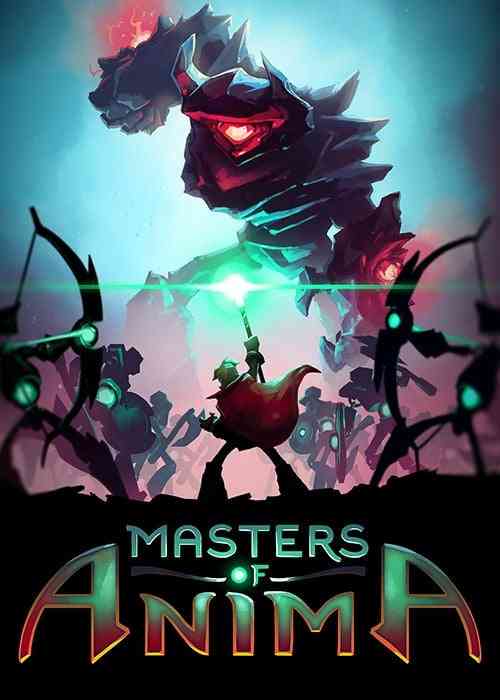