During my time at E3, I had the chance to get my hands on Lawbreakers, an upcoming arena shooter made in part by CliffyB and the fine folks at Boss Key Productions. It’s focused on what’s called “killer verticality”, and each map is dotted with various Zero-G zones that allow players to engage in some solid shooting, but the game has its issues, as to be expected with any alpha build. The core of the game is great, but it definitely feels like it needs more polish before the game actually drops. The trailer shows a colorful cast of characters, with bright maps that look like a blast to blow each other to bits in, but during my time with the game at E3 I feel like I saw a much different product at points. The visuals are great, but look washed out at points, and for a game that seems so keen on its colour, it could do with a bit of added brightness, in my eyes. Players tended to fall into the same routes, so hopefully maps can be expanded upon to provide more ways to proceed towards objectives.

Lawbreakers is a ton of fun though, and both sides of Law and Breakers have their own characters to play, sharing similar roles. You have the Titan, Enforcer, Assassin, and Vanguard, each with their own unique playstyles and ways to interact with the Zero-G zones.. I was particularly fond of the Titan, where I could make use of a rocket launcher, a tesla cannon, and had a pretty sweet ground pound as my mobility option. Other classes have more unique/fun ways to move about, but the Titan is satisfying to play, especially when in Zero-G. Sadly, during my matches, a lot of people gravitated towards the enforcer class, which had gotten a bit frustrating to deal with at times. The zero gravity mechanic makes fire fights interesting, and each characters mobility option works differently within it. Admittedly, the Titan is less effective, but other classes such as the Enforcer can zip around using their rocket pack, engaging in some serious skirmishes over the point, so I can see why people opted to make use of that class over the others. The titan isn’t left without its own mobility options, however, thanks to this zero gravity mechanic.  Pulling off a crazy move in the embrace of zero-gravy felt sufficiently cool, and I’d honestly like to see the game build off of it more, as it works well so far. Really well, in fact.

“Pulling off a crazy move in the embrace of zero-gravy felt sufficiently cool, and I’d honestly like to see the game build off of it more, as it works well so far. Really well, in fact.”

A fun little technique in the game actually ended up being a surprisingly useful addition to the core gameplay. By pushing the according key, you can fire your weapon behind you. It has noticeably little effect if you have a rifle, but in the case of a Titan, that rocket launcher ends up serving as a useful tool to maneuver, dealing some hefty damage in the process. Across each of the Alpha build’s two maps, myself and many others exchanged a ton of bullets. The main mode we played involved accumulating a score to 13. Each round has three points up for capture, and the winner of the round is the person who captures either the majority, or manages to secure all three (which would take some serious skill). In between each round, there’s an “intermission”, but this rest period isn’t totally mindless, as it’s occurring between rounds. If you die too close to the start of a new round, your team may be down a player, at least for a bit anyways. It’s a fun system that definitely needs some balancing, but the back and forth capture gameplay resulted in some pretty close matches, and it’s a fresh take on the domination game-mode people know so well. 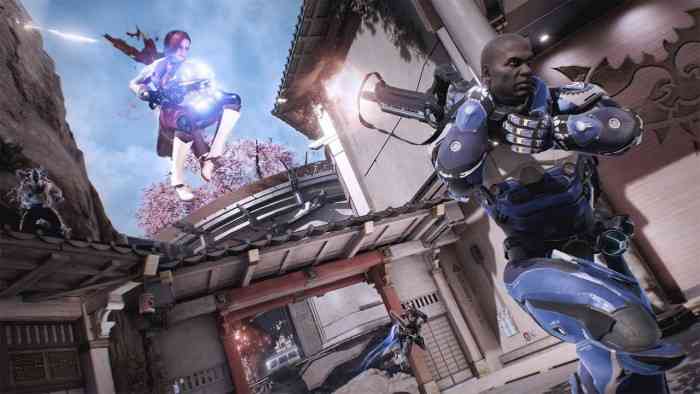 Lawbreakers is currently in closed alpha, and while the game is still a far way off, it’s definitely looking promising. With a bit of creative map design, some balancing, and expanding upon what is in place, we could actually have one hell of an arena shooter on our hands. Here’s hoping the folks at Boss Key Productions treat this game with some added care so they can put out a real stellar product. 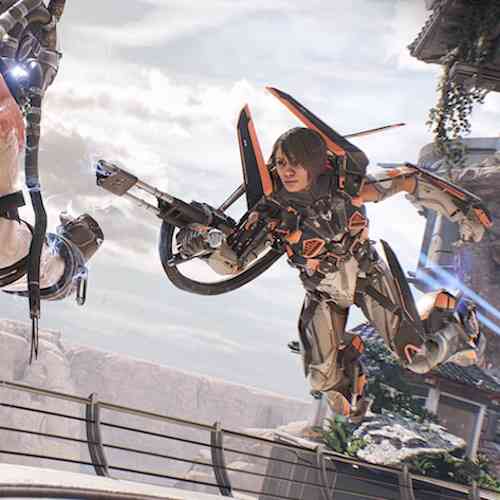 Help, I Downloaded Darkness Rises
Next Legend of Zelda: Breath of the Wild Will Single-Handedly Save Nintendo
Previous F1 2016 Preview – Wheel To Wheel Awesome