Silly me. I thought the history of the American west was filled with outlaws, rustlers and hard working cowboys. Thanks to games like Weird West and now, Hard West 2, I realize there were some gaps in my understanding. Ghosts, monsters and zombies played a much bigger role than I imagined.

Bullets Flying Every Which Way

Hard West 2 is a sequel to 2015’s Hard West (you probably figured that out), a tactical, turn-based action game that includes a hefty helping of the supernatural. The adjective in the title describes both life in the old west and maybe the difficulty of the game. While the majority of Hard West 2’s mechanics are pretty familiar it adds it bit of original flavor to the stew.

Featuring a couple hours of preview gameplay, the demo build starts with some excellent illustrated storytelling before dropping the player into the tutorial action. You control a squad of four characters: Flynn, a “magic” user; Laughing Deer, a brawler; Clive, a quick-draw specialist; and Gin Carter, an outlaw. You’re aboard a fast-moving train in search of gold, but legend has it that the train is haunted. It sure is. 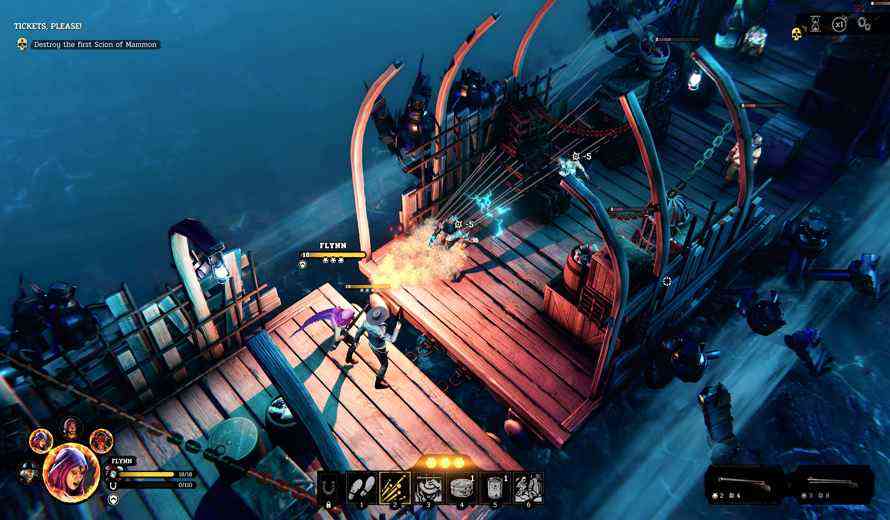 Using action points to move or shoot, your crew inches through the moving train. Hard West 2 rewards and encourages action instead of passivity. Planning moves, taking cover and lining up trick shots are a lot of fun. Weapons are varied and their specific usefulness in combat is clear.

Hard West 2 has a couple of mechanic tricks up its garter-tied sleeve. Missed shots punish you now but bank Luck, which helps your accuracy later. On the other hand, getting a kill rewards you with Bravado, refilling your action points. While that sounds like an unbalanced mechanic, enemies are tough to take down. One-shot kills are rare.

Instead of an upgrade system, your growing and changing roster of characters use Haunt cards. These provide buffs and, in combination, special unique abilities depending on the character. It’s a cool alternative to wading through endless upgrade trees. 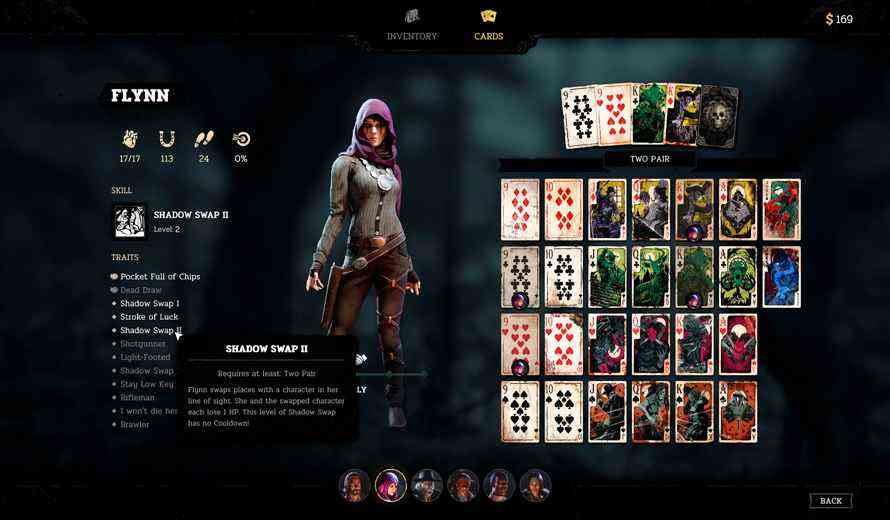 The pacing of encounters has more momentum than in most XCOM-influenced games. There are some puzzle-like elements at play as well as you take into account positioning and weapon abilities.

Hard West 2 doesn’t revolve around a home base. Instead, the party moves across an overworld map, dropping into specific locations for missions and combat. The demo included several attractive environments like the nocturnal spectral train and the snow-covered New Mexico desert. The isometric camera is flexible enough to allow for good control of the action. There’s a lot of detail in the world and excellent use of lighting. It’s not bleeding edge graphically but certainly nails the milieu. The cutscenes are artistic and engaging and there’s a surprising amount of voice work. 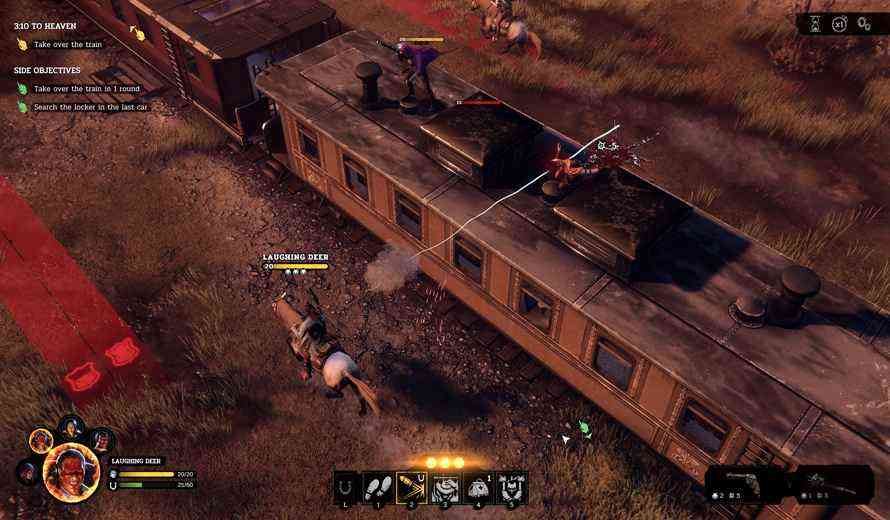 Get Ready to Ride, Pardner

Hard West 2 hooked me from the start. I liked the real-time action of Weird West, too, so two supernatural western games back to back is a win. While Hard West 2’s combat is neither entirely original or even much different from the first game, it’s still a lot of fun. Fans of turn-based tactical games, not to mention western-themed action games, should add this to their watch list. It drops later this year but there’s an open beta available now.