With the success of Hearthstone and resurgence in popularity of Magic: The Gathering, it seems everyone is trying to jump on the collectible card game wagon. In some instances, we’re presented with very original ideas, like Gwent or Chronicle: Runescape Legends. These break the Hearthstone/MTG mold, offering new challenges and strategies to virtual tabletops around the globe. Fable Fortune, however, seems to play things safe in the early goings and will need to make some changes if it truly wants to stand out in what’s becoming a very crowded genre of clones.

When you boil it all down, Fable Fortune is a good card game that borrows very heavily from Hearthstone. The typical 1v1 scenario has you and your opponent squaring off against each other in an effort to diminish the opponent’s life to 0. You start with 30 life, 4 cards, and 3 gold on your opening turn, with gold being your resource used to play cards. Decks are presented in a fashion similar to Hearthstone, with each archetype headed by a sort of hero class like Gravedigger, Knight, or Prophet. Each archetype has a base deck to start from, and you can quickly earn cards to later put together your own deck of 30 cards.

Expect to draw a card and get an increase in gold each turn, up to a maximum of 10. There are always other options to spend your hard-earned gold on though, as each deck has an ability to use once per turn. Heal yourself, spawn a creature for the turn, or even just fling some damage at your opponent whenever you’ve got the extra currency to spend. It’s a nice feature and does help when you start to top-deck useless cards.

You’re also given a choice of quest, such as spend X gold or play three creatures with more strength than health. Once you accomplish this, you’re given a small bonus or card, and your morality goes up by one. This is where we start to see a sliver of Fable’s identity, as you can go good or evil, garnering different bonuses depending on your righteous or wicked path. It’s a neat concept and doesn’t seem to break the game in terms of balance while adding diversity to each match.

The main issue with Fable Fortune is that it feels incredibly generic thematically. You see the occasional card like Bowerstone Sherrif or Stone Golem that brings some recognition, but the franchise itself doesn’t have a whole lot of unique identifiers. Sure, when you say Fable I instantly think of hobbes and balverines, maybe Jack of Blades or a demon door, but it’s hard to make these stand out as single cards. With Gwent, not only are most of the monsters unique, but each of the factions fits the game. Choosing to play as the Northern Realms or Scoia’Tael has a certain identity to it that Gravedigger or Prophet simply can’t evoke. If I was given Fable Fortune with a few cards taken out and not told what it was, I’d be hard-pressed to tell you what game it personifies. 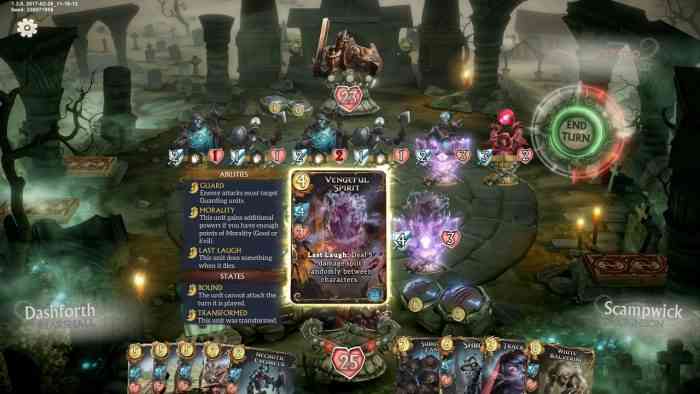 Despite the identity crisis, this CCG looks fantastic and plays just as well. Creatures come out as little towers with the creature on top, and they pound into each other when dealing damage. It definitely feels like a step up visually from Hearthstone and the development team should be very happy with what they’ve done here. Effects and state changes all have their own visual cue, like lightning raining down or a rock being lobbed across the field. After just a couple matches to get used to things, you’ll start to easily identify anything going on during your turn or your enemy’s.

I won’t get into any balance issues as it’s not released yet, but simply in terms of mechanics, it’s very easy to understand and figure out. Hovering over cards, both in hand and on the battlefield, will identify what they are and what their keyword mechanics do. Don’t know what Rush does? Hover over, read, move forward. This is key to any sort of CCG as complication only brings about headaches and confusion for many players.

“Although you can easily click or drag to create visual cues for your ally indicating what you think they should do, I can’t wait for the full release to play with friends and talk strategy between turns.”

There’s also a co-op mode that seems to always be present, where you and an ally take turns spending gold on your own cards to try and take down an AI opponent with a higher life total. This was surprisingly a lot of fun. Although you can easily click or drag to create visual cues for your ally indicating what you think they should do, I can’t wait for the full release to play with friends and talk strategy between turns.

Fable Fortune is out July 25th, and while in parts it just feels like a generic Hearthstone clone, in many ways it is its own game that does bring a bit of new content to the table. As long as Flaming Fowl Studios and Mediatonic can make sure that more iconic cards and settings reach this digital battlefield, they should have a decent product in their hands. 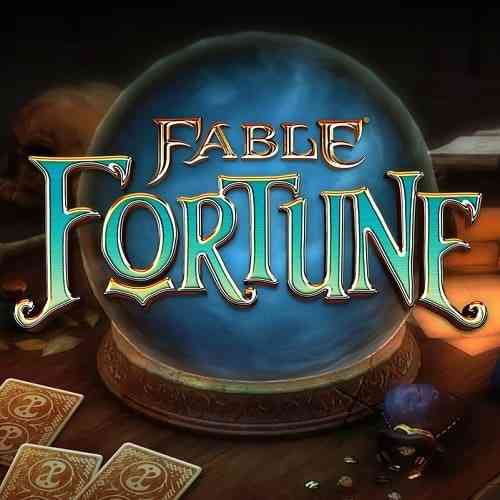