It’s hard to believe that come this November the original Gears of War is 10 years old.  I can remember playing the game on my Xbox 360 and looking in amazement at all the third person action taking place on screen.  This year at E3, amid all the early leaks, Microsoft finally took to the stage and officially announced Gears of War Ultimate Edition, a game that is more than just a re-skinned version of the original.  Along with playing the game on the show floor, we were lucky enough to sit behind closed doors and hear what has gone into making it.  We know that the online Beta has been going on since last week, but we wanted to give you a bit of insight into what The Coalition has done with this almost 10-year-old game and why it should have your attention.

Sitting with a few members of The Coalition, one of the first things they made sure we knew is that Gears Ultimate Edition is not just an “uprezzed” version of the original.  It is a “complete teardown and start over” as they have taken the original Gears of War code base and “threw everything else away” and started from scratch.  Characters, models, textures, lighting, special effects, and cinematics are all brand new (comparison pics of Xbox One vs. Xbox 360 in gallery at end of article).  The motion capturing has also been redone and the audio has been remastered in Dolby Digital 7.1.  It was a chance for The Coalition to get into how Gears works and rebuild it for a “next-gen” system (now current gen of course).  The original Gears of War was a showcase product when it launched for the Xbox 360 and they wanted to make sure the Ultimate Edition is a showcase product for the Xbox One.

“It is a “complete teardown and start over” as they have taken the original Gears of War code base and “threw everything else away” and started from scratch.”

One of the main goals when rebuilding the original Gears was that The Coalition wanted to modernize the original.  They wanted to bring more current features to the table but they also wanted to allow fans of the original to get that original Gears of War feeling while still allowing the game to feel more up to date in regards to what gamers feel as a whole today.  This meant working on a lot of little things.

In the original game, when you wanted to pick up a weapon you had to walk into a “zone” and wait for the button to appear, but now this has been fixed as you can pick the weapon up immediately.  You can also revive your teammates while in cover, whereas in the original when you revived your teammate you automatically stood up and became a bullet-sponge for all to hit.  Another big addition is being able to bring up the weapon ‘wheel’ while roadie running and once you stop running the weapon you chose is immediately useable.  Bringing the game into the modern era also meant adjusting the controls.  In the original Gears of War you could only adjust your control sensitivity to low, medium or high, which just doesn’t cut it nowadays, so you’ll find the addition of a sensitivity slider, with more range of sensitivity, and of course a more up-to-date feel. 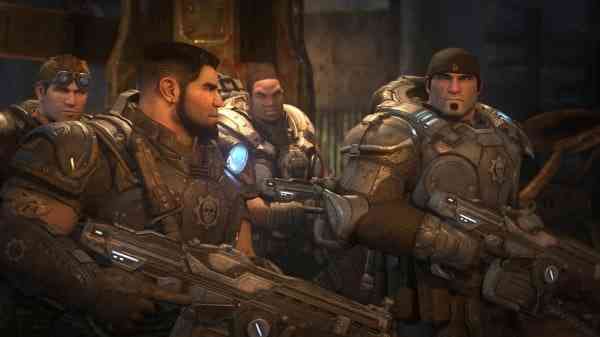 Changes have been made for both the Campaign and the Multiplayer portion of the game.

In regards to the campaign the game runs in 1080p/30fps.  All the cinematics have been rebuilt to show off the Xbox One’s power over the Xbox 360.  It was interesting for us to discover that the original Gears of Wars developed the cinematics using puppetering, but for the Ultimate Edition the cinematics have all been motion-capped and use facial recognition technology allowing the game to show more emotion and feeling while having a better looking appearance overall.  This results in more of the narrative being communicated to the player.  As a whole the game takes advantage of the Xbox One’s processing power and the visuals have higher poly-counts resulting in a very clean looking game.

The original version of the campaign shipped with casual, hardcore and insane skill levels, and the dev-team noted that casual was quite hard.  In the Ultimate Edition there is now casual, normal, hardcore and insane skill modes, which are all open from the beginning, whereas in the original you had to open up the insane skill level.  On a side note, the writing/story remains the same as the original as it keeps the feeling of what made the first Gears of War what it was but there are 5 new chapters that have been added to the console version’s campaign mode adding about 2 more hours of gameplay. 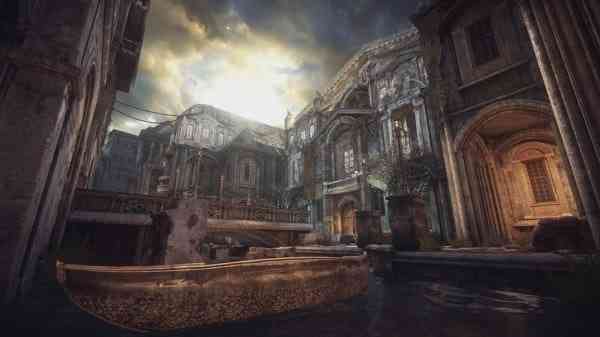 Multiplayer mode has seen a lot of improvements as well.  The first, and most notable, is the fact that the multiplayer runs at 1080p/60fps.  This is a huge gain as it results in a game that feels smoother than in the past.  Having played the game on the show floor, it just feels more fluid, and many of the glitches are gone (e.g. getting hooked on the level’s environments when going from cover to cover).  Along with the standard MP game modes, they dev-team added Team Death Match, as it was popular game mode in Gears 3.  They also added King of the Hill this time around

An interesting tidbit shared by the members of The Coalition who were speaking with us is that they stressed how they worked hand in hand with the Gears community, including former pro-players, to make sure the game was “fundamentally” still the original Gears, and to see what changes they may have wanted.  After the two days everyone was relaxing but some community members who were there wanted to play 2v2, and the dev-team thought it would be normal 2v2, but it wasn’t as they were playing 2v2 with shotguns only on the map War Machine.  The house rules were that everyone had to run to the middle of the map (mid boxes) and then battle it out; hence a new official game mode was created for the Ultimate Edition, 2v2 Gnasher.   The team also remade the War Machine map for the mode.

For those wondering about the number of multiplayer maps, there are 19.  The original 10 maps are included along with the six maps that came with DLC and the 3 maps that were introduced on PC.  Multiplayer gameplay will be handled on dedicated servers including matchmaking and custom matches.  There is also LAN support for Gears Ultimate Edition.  The game also has 2 slots for spectator mode; this is on top of the 8 that are allocated for multiplayer gameplay.  The spectator slots on Xbox Live are really aimed for broadcasting.  It was noted that when playing Gears Ultimate Edition over a LAN the spectator slots take away from host advantage.  Overall the changes that have been made in multiplayer gameplay are geared (see what I did there…) for the community members, as they are what made the series what it is in multiplayer play.

Having learned of the amount of work that The Coalition did for the Ultimate Edition, and playing the game on the E3 show floor, it’s evident that this is not just a game with improved HD graphics.  It has truly been rebuilt.  When asked why they did this, we were told that making the Ultimate Edition allowed The Coalition to understand how mechanics work for Gears of War as a whole (e.g. how does “cover layout” work).  They were able to understand how and why the original dev-team did what they did.  Being able to understand the original basics help them when making the next game in the franchise, which of course is Gears 4 set to release in 2016.  It brings the team up to speed on why things were done for what reason.  With all this in mind, Gears of War Ultimate Edition is a game that you should be interested in come this August, plain and simple.