It seems as though every time I attend a preview gaming event of some kind Astro is front and center with their headsets.  In the Major League Gaming community the Astro A40’s are the preferred headset and for good reason as the clarity, comfort and sound is second to none.  Despite the glowing reviews for the Astro A40’s, they are wired and in this day in age many prefer to use wireless headsets.  I am one of those people as frankly, I am done with wires.  In fact, every time I look behind my home theater system at the matrix of wires I just shake my head in disgust.  So needless to say, I am always game for wireless devices and especially kick-ass wireless headsets.

While at E3 in LA this year, I had a chance to check out all that Astro is offering including the Astro A50.  The Astro A50 is a wireless headset and features Dolby 7.1 Surround Sound.  The Wireless MixAmp 5.8 technology promises no interference and the headset comes with a terrific stand with a built in transmitter.  I had a chance to throw on a pair at E3 and watch to Aron Drayer, Marketing Director, hammer away at some enemies in Modern Warfare 3 while I sat back and soaked in the sounds.  Simply put, the experience was amazing as I was picking up sounds I had not heard before.  Even the wind that gusted by the flames could be heard with the A50’s.  Booming bass, mid-range and highs were simply awesome.  We had 4 headsets in the room going at once and there was no interference whatsoever. 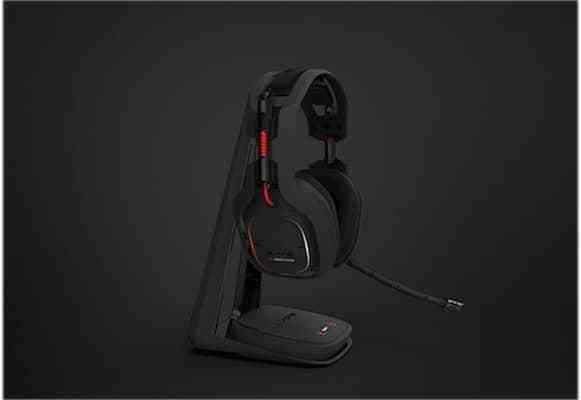 I was also impressed with the volume control which is controllable on the headsets right ear cup.  Adjusting the volume is accomplished with ease.  Clicking one side of the ear cup turns up the volume while clicking the other side decreases it.  The built-in MixAmp with 5.8 technology is inside the ear cup as well resulting is a great amplified 7.1 surround sound.  I have to say I absolutely loved not having to reach for a separate mixer when adjusting the volume.

The headset is perfect for gaming and perfect for those gamers looking for incredible sound without waking up the entire household.  With many headsets, the volume can be heard outside of the earbups, but wtith the Astro A50s none of the sound escapes as the cans are closed off.  So even if your partner is sleeping beside you on the couch while you are gaming, they should not hear a thing.

I also found the set incredibly comfortable and ecstatically pleasing.  The black design is perfect for any home entertainment audio.  Granted it is not as flashy as the recent Ghost Recon Tritton Headset I reviewed but it is perfectly built and designed for the more mature gamer who can afford the  estimated 300 dollar price tag.  The price has not been locked down yet but we were certainly lead to believe the price of the set would fall in the 300 dollar range.  There are 3-settings on the headset as well (pro, core and media).  There is a mic mute button and you can pair multiple headsets with a single transmitter. 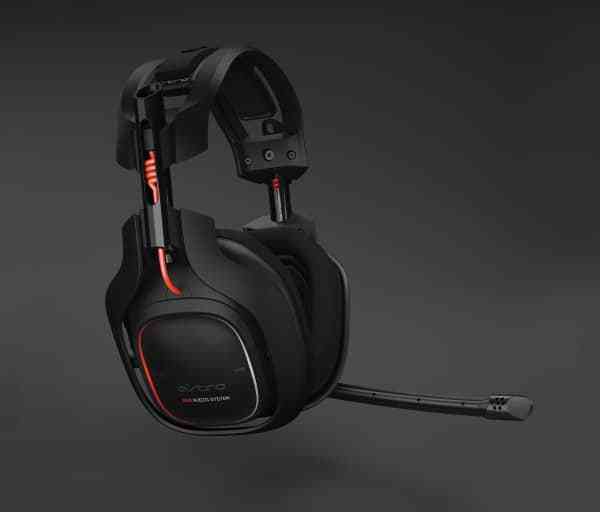 Overall, the Astro A50 appear to be an outstanding set of headphones in the short time I had to chance to listen to them and take in what Aron Drayer, Marketing Director, had to say about the slick looking set.  They come in at what is expected to be a somewhat hefty price, but the promise of no interference coupled with the outstanding sound would make this investment a long term one.  I look forward to spending more time with the headset when they are released later this summer.