During my time at the Nintendo booth during our tour, I had a chance for some one-on-one time with Lego City: Undercover, a game that caught me off guard.  For those who love their Lego, this is the first time that the Lego City play sets and vehicles have been brought to live in a video game, and as of writing this preview it is a game that is exclusive to the Wii U.

You take on the role Chase McCain, an undercover detective who whose mission is to put Rex Fury behind bars and end his crime spree that has affected the residents of Lego City.  To do so you will take on the various roles in an effort to blend in into the city’s environment, so don’t expect to be wearing a police uniform all game as you’ll wear various disguises such as a construction worker, a miner, a firefighter, and even a robber in your effort to blend in and do your job.  It’s a neat concept and adds to the allure of playing as an undercover detective as you try to fight crime. 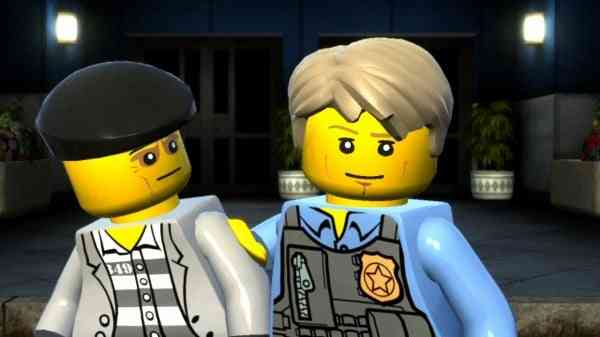 During my time with the game, I had a choice of playing Chase McCain the straight-laced police officer or Chase McCain the robber.  I chose the role of good.  My mission: to chase down a van full of robbers who had just robbed the local bank.  To do so I had to use one of my Lego City police cars, catch up to the get-a-way vehicle, ram it a few times until it broke into pieces, then chase down one of the robbers in a foot chase.  It was pretty fun to do this in the world of Lego.  Once I disabled the vehicle and caught up to the robber during the foot chase, I was treated to a nice slow-motion takedown and arrest by pressing B when I was close enough to the fleeing robber.   The control of the vehicle was a bit to loose for my liking, but the representative did tell me the game is far from finished and they are still tweaking many things.

The Wii U Gamepad is used in various ways that are very specific to the gameplay of Lego City: Undercover on Nintendo’s upcoming new console.  In the case of mission I was playing, the 6.2-inch Gamepad screen was used as a GPS.  It laid out the path I had to take to get from point A to point B, and in this case from the police station to where the mission began.  Once the mission began the area of the city where I was chasing the vehicle was shown on the Gamepad Screen and I could see where the robber’s vehicle was in relation to my own vehicle via the onscreen map.  This allowed me to take shortcuts through the city streets to head them off.  It was pretty neat to have this happen on the Gamepad as it allowed less clutter on the gameplay screen and I didn’t have to pause the game to go to a map screen.

As you will see in the video I have attached at the end of this preview, the Wii U gamepad is also used for other gameplay elements in Lego City: Undercover, such as scanning buildings for criminals, communicating with your fellow Lego City Police, and other things.  Overall it looks like developer TT Games is going to take full advantage of the Wii U’s Gamepad features to make this an even better gaming experience and this was evident given how it was used in the mission I completed.

One of the big things that became evident during my short time with the game, and watching others play it, was how large the world of Lego City is, and how much there will be to do.  This game is an open world, not unlike any of those found in the Grand Theft Auto games.  In many ways you can call this Grand Theft Lego, but it has been made for kids, so there are no Lego prostitutes or drug dealers.   There will be a wide variety of missions to do, or you can just explore the world in front of you in various vehicles ranging from cars, trucks, and even helicopters.  I am fully of the belief that many people will spend many hours just driving, climbing, and flying around. 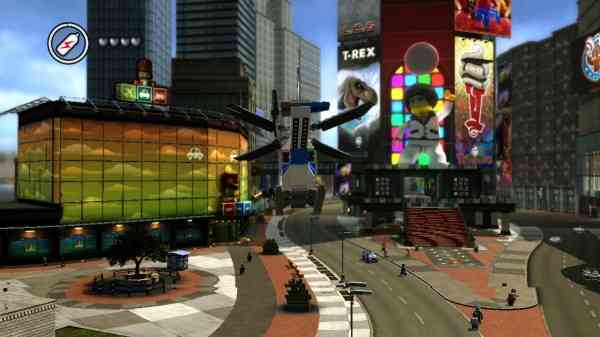 Visually Lego City: Undercover is looking good.  TT Games has put its traditional Lego stamp on the setting and many of the visuals feel very familiar in this open world setting.  It never ceases to amaze me how TT Games can take a setting and “Legoize” it, which adds to the overall charm of the game.  Along with the solid look, TT Games is using voice work for this game, which is something that seems to be happening with all Lego games.  Given TT Games comedic approach in the past, I look forward to hearing what they do with an open world where they are not constrained by licensed franchises (e.g. Star Wars, Harry Potter, etc) and their stories.  I think that there should be some great dialog between the characters and some great one liners aimed at the gamer.

Lego City: Undercover is a game that I had little to no idea about.  Well, after playing it my hopes and expectations have definitely been awaken.  From what I played, and what I saw, this game looks to have the makings of something enjoyable.  Lego City: Undercover is set to release holiday 2012 and we hope to have more about it as it’s release window approaches.  Until that time check out the announcement video and gallery of screenshots that Nintendo has so gracefully provided us.