I first heard about the Slavic folk tale of Baba Yaga thanks to the composer Mussorgsky and his epic tone poem Pictures at an Exhibition. The music wasn’t actually based on the legend of Baba Yaga, but a painting inspired by it. Baba Yaga is an interesting folk character. Sometimes she’s a trio of sisters. Most often, she’s a solitary, witch-like character with chicken legs. She lures children to her hut and eats them. Well, that’s one version of the story. Blacktail tells another.

In Blacktail, Yaga (sans Baba) is a teen witch of sorts and the narrative is focused on Yaga finding her sister. Blacktail is a first-person action-adventure game, with lots of exploration, some environmental puzzles, a bit of survival/crafting, and combat. Not every slice of the pie is equally delicious but they add up to a tasty treat nonetheless. 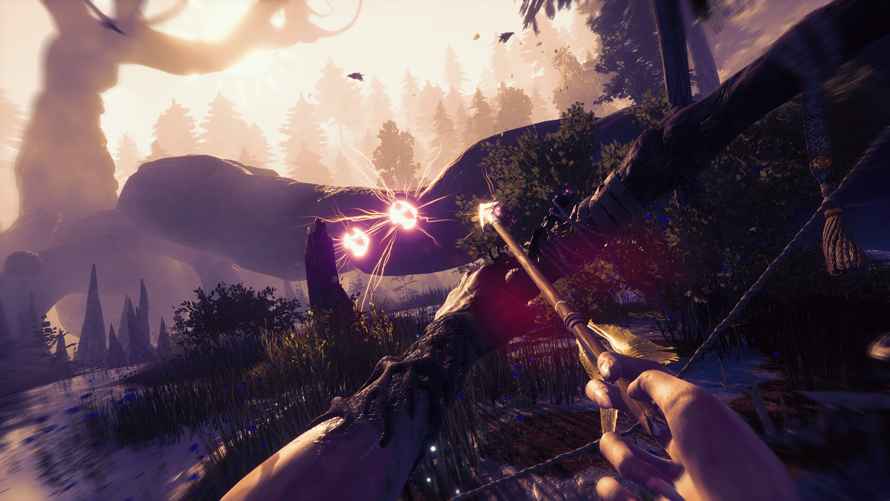 After a short dream prologue that introduces some basic mechanics, Yaga finds herself in an enchanted forest. This beautiful, mysterious, and at times terrifying environment is the star of the show. Full of magic, familiar plants, and animals, it’s also home to supernatural enemies and a handful of quirky NPCs. There are tons of secret areas, hidden caves, and tantalizing treasures just out of reach. Yaga starts her journey with some basic hunting and resource collecting. Very soon, she finds herself at the Hut. An imposing, skeletal tower of gnarled branches, the Hut also contains the Cauldron. This is where Yaga uses materials she’s gathered to level up a wide range of skills.

Most slain creatures offer up some sort of useful materials, and other gatherable items are easy to spot. There is an earth magic element to Blacktail, with Yaga honoring the animals she slays for food. At time, our hero comes across as a shaman-in-training. Generally, crafting is simple. Some crafting includes unnecessary mini-games that just slow down what should be a quick task. For example, to cook a piece of meat you need to “catch” the flames by rotating the thumbstick. On the other hand, making arrows is quick and easy. 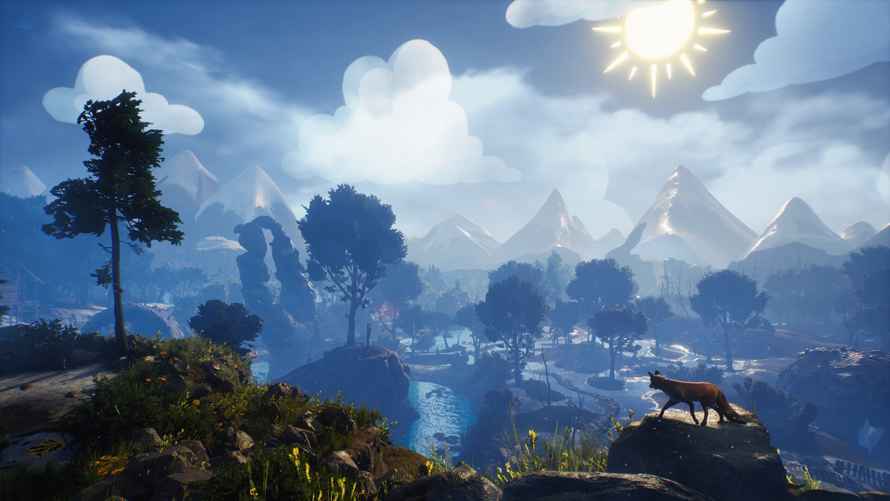 The Moral of the Story

Like many action and adventure games, Blacktail has a morality system. Resolving situations a certain way, sparing some animals while killing others will impact the story and which NPCs you encounter. Of course, they don’t change the basic narrative arc. However, seeing how your choices change the moment-to-moment story is a way to encourage multiple playthoughs.

Combat — at least in the short preview — combines satisfying ranged weapons with magic spells. The bow has a regular and charged shot, and later in the game, some elementally infused arrows. Shooting with the bow and taking down enemies at range is fun, though crafting arrows during combat can be a pain. Melee combat is nearly nonexistent and really not a practical way to fight, as Yaga doesn’t have an effective melee weapon. Of course, some of these little caveats might be addressed later in the game as Yaga develops her repertoire.

As noted, the lush and varied magical forest is enchanting in many ways. Although there a lot of invisible walls, and it isn’t an open world by any means, it’s an incredibly engaging world to explore. It’s colorful, sometimes moody and dark, but full of life. There are quite dramatic weather effects.

One way in which the forest comes to life is through the game’s incredibly good sound design. The blending of birds, insects, animals, waterfalls and other natural sounds is a rich audio tapestry. The game’s music is also excellent, with throaty, choral folk-like music and more subtle ambient textures during exploration. The relatively small number of NPCs are voiced with a number of accents that are a bit of an odd mix. There must be an aesthetic intent but I’m not sure what it is. However, they’re well acted. 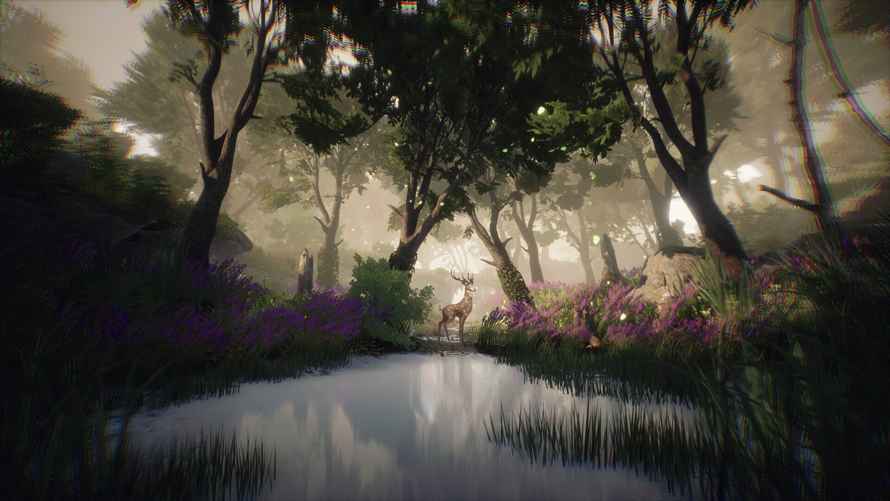 It’s rare that a game will be equally successful with every element. In the case of Blacktail, the setting is fantastic and the story is drawn from timeless folklore that we haven’t seen much in games. Exploration and crafting help engage the player with the stellar environment and narrative. At least in the preview, melee combat was not as viable as ranged or magic approaches but that might not be true of the entire game. Overall, there’s a lot to be excited about and I can’t wait to play Blacktail when it releases on December 15. 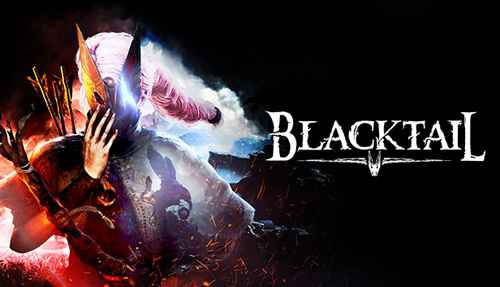 COGconnected’s Yummiest Comfort Food Games
Next With Before the Shadow, Lord of the Rings Online Is Still Growing Strong
Previous Gungrave G.O.R.E Blasts Away the Decades